Can the Internet actually erase borders, supersede cultures and induce time travel? If judging by how advertising affects us, it certainly seems to appear so.

Ford India recently had to beg an international viewing audience for mercy when supposed internal, unauthorized mock-up ads were dropped on to the web. In a series of cartoons that resembled the stylings of MAD magazine (somebody put a lot of work into these), three vignettes were depicted. Michael Schumacher driving a Ford Figo hatchback with a bound and gagged Sebastian Vettel, Fernando Alonso and Lewis Hamilton in the hatch; Paris Hilton driving the same car with various bound and gagged Kardashians; and a smug former Italian prime minister Silvio Berlusconi driving one with a trio of buxom beauties, also bound and gagged.

The depictions of the women were over the top, and the resulting uproar was fast and furious as these pieces hit the Ads of the World website. Ford India said unnamed parties at an agency – where the ads never should have been conceived, let alone created – escaped authorization and would be dealt with. As we know now, the Internet is the biggest example of being unable to unring a bell.

Depending on your viewpoint, the ads were incredibly sexist or quite clever. I appreciate clever work, and encourage pushing the envelope of convention if it makes people think. These ads went too far.

If you live in Italy, Berlusconi is a noted creep, for lack of a better word, when it comes to women. He's drawn – literally – as such in the ad, leering over the backseat flashing a victory sign. For the cartoon Paris Hilton, it's probably just her own self-preservation that doesn't permit her to drive those Kardashians, who supplanted her as most vacant use of celebrity in the world, off a cliff. The picture of the Formula One drivers remains a footnote to this topic, mostly because they still have their racing leathers on.

India is under the world spotlight for how women are treated, as violent public rapes and murders of women make their way into international headlines. Depressingly, these events are not new, but the growing pressure to change this horrific violation of basic human rights is. The same information channels that bring light to this issue also allow us glimpses into the cultural environment that percolates it – like those ads.

In North America, we've had our own deep, vast history of ads that, in retrospect, run the gamut from bad to tasteless to questionable. From a picture of a dinged-up Volkswagen because "sooner or later, your wife will drive home" to a sultry beauty staring at the camera announcing you're not her first, because BMW wants to sell pre-owned cars, to last year's Super Bowl Fiat – as-a-woman-you-want-to-lick-latte-froth-from – we've seen it all.

The problem with being able to access all advertising from most countries and most decades is context: to decide if that VW ad was insulting when it ran, I'd have to ask my now-deceased mother, who was in the demographic it was aimed toward. Maybe she was offended; maybe she laughed; maybe she didn't even notice it. It would never run now, nor even be created, which means we are evolving.

Old ads as object lessons are a good thing. Judging them with today's sensibilities instead of as notes on an historical timeline jams a misplaced perspective into the conversation. Their existence is important to study, but it's far more vital to gauge if we're making better messages. I'm not arguing that sex doesn't sell, just noting that sexy and sexist are two different things.

Intentions count for less when your border is as porous as the Internet; most large companies, and especially car manufacturers, are cognizant of international oversight when it comes to where and how their message will land. They can't control the past, but they do, or should, know that messaging will have a far wider reach than at any time in the past. Deny it, defend it or pull it, but be prepared for it.

Noting the top traffic sites on the Internet, a friend once told me that if one man invented the Internet, the next one said, "How do we use it to look at boobs?" While I'm sure the third one said, "Or cats," it's going to be tough to tackle sexism in advertising unless we stop pretending that we live in a world where what we say we won't accept is so hypocritically at odds with behaviour tolerated everywhere else. 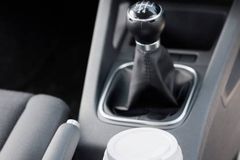 "That's not the law in Canada" not a valid excuse when driving abroad
March 20, 2013 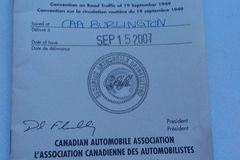 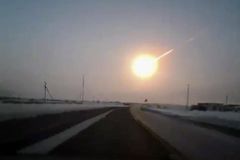 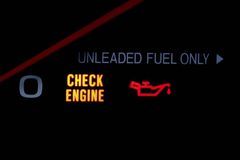 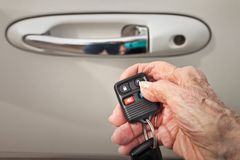 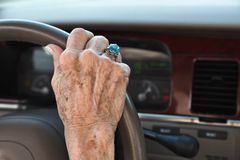 Keep your eyes on the road, your hands upon the wheel
February 20, 2013 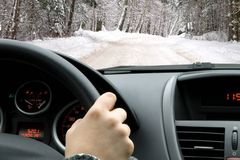