If I have two valid driver's licences (I took the full test in both Canada and the U.K.), what happens if I produce only the foreign one (so I don't get demerits on my Ontario licence) but then get caught as really a local driver? I know a few truck drivers who maintain one or more U.S. licences for just this reason. — M., Toronto

Blimey, guv'nor. If police figure out you're not visiting from across the pond, you could be saying Cheerio to some cash.

"A driver may not apply for, secure or retain in his or her possession more than one driver's licence," says Section 35.1e of Ontario's Highway Traffic Act.

Generally, you can only have one driver's licence and it has to be from the province where you're living. If you had the out-of-province licence first, you were supposed to surrender it and apply for an Ontario licence within 60 days of moving, says Ontario's Ministry of Transportation.

How much is the fine for having more than one licence at once? The MTO says there's no set fine for this offence — if you're convicted, it's up to the court to decide.

If you had another licence when you got your licence here, you were supposed to tell them about it on the application.

"When applying/exchanging for an Ontario driver's licence, the driver must complete an application form which includes 'Have you held a driver's licence outside of Ontario?'" MTO spokesman Bob Nichols said in an email statement. "Under provincial legislation, the penalty for making a false statement may include a fine and/or imprisonment and/or a driver's licence suspension."

If your car is in your name and registered to your Ontario address, police will figure out pretty quickly that you're not a hapless tourist. But what if it's somebody else's car — or a rental? How would police ever find out you're lying about being a visitor?

They Google you, more or less.

"We'll check your name in the MTO records and see if your name shows up — it takes seconds," says Toronto Police Traffic Services Const. Clint Stibbe. "And about half our officers have access to photo records, so we can see if that guy with a name that sounds like yours but is maybe spelled a letter or too differently is actually you."

Police can access other province's records in seconds too, Stibbe says. So, if you're pulled over in B.C. and show your U.K. licence, don't assume the out-of-province cop won't find out about your licence back in Ontario.

"Back in day with paper licences you could probably get away with it," Stibbe says.

If you're caught lying about your name or address by police, it could get more serious.

"You could be arrested," Stibbe says. "If we're not satisfied, you can be brought in until we're satisfied we know who you are, and you won't be released until then." More serious charges could include impersonation.

Stibbe says probably not every cop will check to see if you show up in the MTO system.

But even if police don't catch you on the road, the MTO might still find out about your Ontario licence when they process the ticket, Stibbe says.

Generally, the other provinces and territories have similar rules and ban multiple licences.

Most require you to apply for a new licence and surrender your existing one within 90 days of moving there. In PEI you have four months, in Quebec you have six. 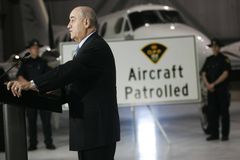 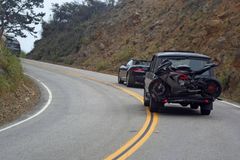 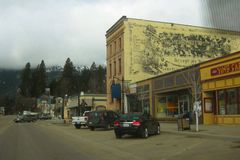