Cars and sex – specifically sex in cars – were back in the news recently. Not sex between romantic, kindred spirits. Not Mr. Darcy and Elizabeth Bennet consummating their love in the back seat of a Volvo V70 having successfully travelled through time to the 21st century (that's the plot of my next e-book). No. This kind of car sex involves men with money who need sex and women with sex to offer who need money. You know how some people shower after having sex? We're talking about the kind of sex where you shower before and after and, during it, you keep a bottle of hand sanitizer within arm's reach.

We're talking about car "sex boxes" which Reuters recently reported were opened in Zurich, Switzerland, during the last week of August.

Zurich's sex boxes are publicly funded and cost 2.4 million Swiss francs to build. They are sex drive-thrus. They're like do-it-yourself car washes but, instead of your car getting soaped down, it's your libido and wallet that get cleaned. The Swiss aren't the first folks to decide they wanted to put prostitution in the back seat. The Dutch and the Germans introduced sex boxes a few years back.

Prostitution has been legal in Switzerland since 1942 (all sex box workers are licensed) but it's a messy business thanks to drug abuse, violence and general iniquity. Sex boxes are a way to relocate that vice. So, while they make prostitution a bit safer, what sex boxes really do is move prostitution out of middle-class Swiss neighbourhoods.

"The sex boxes will be open daily from 7 p.m. to 5 a.m.," Reuters reported. "The city painted the outdoor bathrooms in soft pink and blue, strung colorful light bulbs among the trees and posted creative signs encouraging the use of condoms to spruce the place up a little and make it seem more pleasant."

Pleasant. That about sums it up. European politicians and public officials have found a way to turn car sex – which, in film at least, is often depicted as exciting and passionate – into something "pleasant."

"How was the sex box, Claude?"

Scones are pleasant. Car sex is supposed to have a little more verve. While I acknowledge the Swiss attempt, I think there are other venues that society might consider. When it comes to automotive lust, sex boxes are only a start. As Winston Churchill once said, "Now this is not the end. It is not even the beginning of the end. But it is, perhaps, the end of the beginning." And the beginning of a lot more people's bare ends being in cars.

Why restrict publicly sanctioned car sex to prostitutes? Why not, for instance, open a car sex theme park?

It's a place for those who enjoy making love in automobiles to indulge their personal peccadilloes.

Unlike Swiss sex boxes, this theme park does not cater exclusively to prostitutes and clients – just normal co-dependent couples who can only dream of the simplicity of paying for sex.

Rent a Ride: Tired of making love in your Honda Civic? Why not rent a Porsche Panerama Turbo? Into truly weird stuff? Your minivan awaits!

At Sexland's "Rent a Ride" we'll match your romantic fantasies with your automotive desires!

Highway to the Danger Zone: Let's face it, part of what makes car sex so exciting is the chance of getting caught. When you park in the "Danger Zone," you get maximum thrills with minimum risk. It is "patrolled" by flashlight-toting actors dressed as police officers that stroll by cars and peer in. But don't worry, our cops are tops, you'll never get busted. Though you might get a few pointers!

Sex Bo: Pretend you are a Swiss prostitute working at one of Zurich's legendary sex drive-thrus!

To be honest, we're still ironing out the kinks in this one.

It's a pretty bleak existence. You have sex for money in a drive-thru.

The worst part is you get paid in Swiss francs.

Still, something to think about. 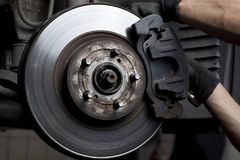 Am I getting hosed by regular at the pump?
September 2, 2013 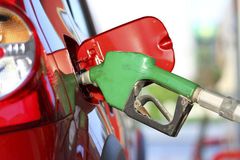 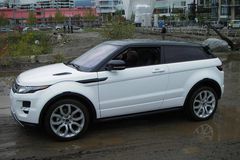 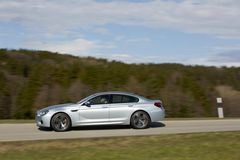