Inventions often begin with a dream and a set of problems. For Ray Li, it all started when he watched Thunderball, a 1965 James Bond film that featured the Bell Aerospace rocket belt, which many consider the coolest Bond gadget of all time.

The sight of Bond levitating into the air in a flying machine that looked like a scuba tank with a pair of jet nozzles captured a generation of would-be Walter Mittys. And no one was more hooked than Li. "I thought about it all the time," says Li, who spent his teenage years in Toronto after emigrating from Hong Kong. "Who wouldn't want to fly like James Bond?"

As Li soon learned, the rocket belt involved a host of deadly complications. Bell Aerospace had made only a handful of the unlikely machines, which carried just 26 seconds worth of hydrogen-peroxide fuel. Running out of gas was a bad idea because the rocket belt operated in an altitude zone known as the "coffin corner" - too low for a parachute, but too high to survive the drop.

Although Li kept researching and dreaming, the rocket belt spent the next several decades relegated to a dusty mental back shelf. Then came the breakthrough.

It was 1997. Li was in his early 40s, living in Newfoundland and working as an accountant after selling a computer graphics company. During a drive with his wife, he noticed a jet-ski rental operation on a small lake and decided to take a ride. As he gunned the throttle, he watched a jet of water shoot out the back of the machine. It was a light bulb moment: if the blasting water was aimed straight down, he would have his rocket belt at long last.

"I always thought jet skis were just for teenagers to annoy us," he says. "Then I realized it could lift someone."

Li went home and began a set of experiments that conjured up a latter-day Wright brother. He soldered together lengths of copper plumbing pipe of varying diameters and connected them to the pump of his washing machine, to see how much pressure they could generate. He built a corset-shaped back frame, then a pair of pivoting jets connected to control arms made from aluminum canes he bought at Walmart.

In his mind, Li carried the blueprint of a strange new machine: a water-powered jet belt connected to a boat by a long fire hose. The boat would carry an engine, a gas tank, and a powerful pump that pushed water up to the jet belt, which would rise up to three stories in the air on a torrent of blasting spray.

Although it sounds improbable, Li's vision actually came to pass. After eight years of tinkering, his machine flew for the first time in 2005, at a National Research Council test tank in St. John's. The pilot was John Myers, a mountain bike racer and parts manager at a Newfoundland Jet ski repair shop. (Li wanted to fly it himself, but he had a bad cold, and he knew that Myers was more qualified.) Li soon got his turn, and was blown away by finally taking to the air in the machine he'd dreamed about for so long: "It was incredible," he says. "This was what I always wanted to do."

Dubbed the Jetlev, Li's machine is now hitting the commercial market after years of experimentation and test flying. Aimed at rental operations and well-heeled thrill seekers with waterfront properties, the Jetlev sells for $99,500 (U.S.), and comes with a two-day training program for owners.

"There's a tremendous amount of interest," says Li. "A lot of people had the same dream I did."

Li and a team of colleagues have spent the past six years refining the design that flew in 2005, running through half a dozen prototypes to work out a frustrating series of engineering challenges that included everything from failed hose fittings to major force imbalances that made the machine hard to control.

Li's project turned him into a man obsessed. Because Newfoundland's lakes were frozen for too much of the year, he set up a Florida test facility. He signed up investors and forged ahead on his quixotic engineering mission.

"For a long time, nobody believed it could be done," he says. "People looked at me funny. Even my wife thought I'd gone off the deep end. I had to stop telling people what I was doing, because they thought I was insane."

Against all odds, the Jetlev is now ready for prime time. To fly it, you direct the blast from two water jets downward, increasing the force with a twist-grip throttle. As you rise above the water, you swivel the jets so they aim to the rear, pushing you forward. (The boat that contains the engine and water pump is dragged along behind by the fire hose that feeds the jet pack.) About 100 people have now flown the production version of Li's Jetlev, with no serious injuries. The inventor claims his machine is as safe as riding a bicycle. "You're over water," he says. "And you're never higher than a 10-meter diving board."

Most of the test flights have been carried out on the waterways around Fort Lauderdale, where Li and the other pilots have refined their technique. (The biggest concern so far has been alligators.) The key to flying the Jetlev is what's known as thrust vectoring (or aiming the jet nozzles, in layman's terms.) The more you aim the thrust to the rear, the faster you go. But for maximum altitude, the nozzles must be aimed straight down. Top speed is about 40 km/h. Turns are made by leaning, which tilts the machine and aims the water jets slightly to one side.

"It really feels like Superman," Li says. "It's a thrill."

Li says development was a long, painstaking experience. Engineering problems were only part of the process. He and his team also invested a lot of time researching legal issues. Li followed the fate of the revolutionary Segway scooter, and considers it a cautionary tale. "It's a brilliant product, but it got banned everywhere," he says. "It's an example of what not to do. You need a product with a clearly defined market, and it has to be insurable."

The Jetlev's design overcomes several of the most difficult problems associated with the original Bell rocket belt. By separating the jet pack from its fuel and power source, for example, Mr. Li increased what's known as thrust margin (the difference between the machine's weight and the force of its engine blast). The Bell rocket belt flown in the Bond movie developed 320 pounds of thrust, which was barely enough to get it in the air. "It was right on the edge," says Mr. Li. Although it's acknowledged as a brilliant design, the Bell rocket belt couldn't overcome the inexorable laws of physics and materials engineering. With a 150-pound pilot aboard (the maximum allowed) the rocket belt weighed 280 pounds - only 40 pounds less than the thrust of its engines.

There was a further complication: as the rocket belt lifted off, its rocket fuel burned away at the rate more than three pounds a second, making the machine increasingly lighter. Unless the pilot reduced the throttle to compensate, the rocket belt would shoot higher and higher (then run out of fuel, plunging it back to earth).

The Jetlev's water jets develop 430 pounds of thrust, and because its engine and fuel are carried separately, onboard weight is reduced. But the Jetlev must also lift the weight of the water-filled fire hose that feeds it. (When the jet pack reaches its maximum altitude of 28 feet, it trails more than 30 feet of hose below it, and the water inside the hose weighs about 150 pounds.)

But the hose has a benefit, acting as a pendulum, much like the tail of a kite. This is critical, since a jet pack can run into serious stability problems. The pilots of the original Bell rocket belt knew this only too well - as they lifted off, they were balanced on top of an invisible column of blasting air. Smoothness was everything, and the slightest weight shift could send the machine off in a new direction (they quickly learned not to look down at their feet, because it moved the weight of their head). "We learned a lot," says Li. "And now we have something that really works."

Li has spent the past several years working on the business plan for his new machine. Dealerships and training centres are being set up across the United States. Li is confident that his oddball machine will catch is on: "I always wanted to fly a jet pack," he says. "And I know a lot of other people did too. Now they can." 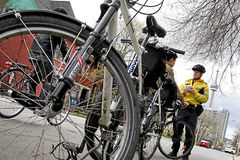 Driver's Logbook: Jeep Wrangler not for trips to the mall
May 10, 2011 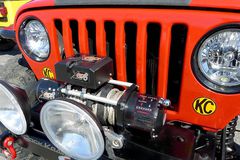 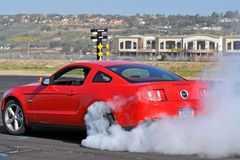 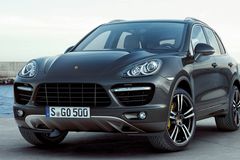 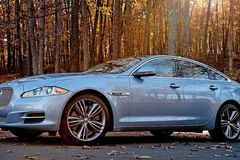