He broke new ground on the ice and on TV.

He was an NHL goalie, but Kevin Weekes made headlines after he hung up his skates, becoming the first black hockey analyst on CBC's Hockey Night in Canada.

Those are fancy cars – I take it you're a car guy?

I am a car guy. I don't see them as being that fancy. I've had more exotic before.

Even when I had those I didn't look at them that way. I've had a Masserati, an Aston Martin DB7 Vantage, a Mercedes E55, BMW M3s.

I've gone through a slew of cars and I've got to honestly say, all things considered, for everyday use I haven't had anything as good as the S8.

And from an SUV standpoint, I absolutely love the Cayenne. It's amazing. I got the first X5 right when they first launched.

I had about five-six of them and one of my teammates in New Jersey was an X5 guy and he became a Porsche guy. He had a Cayenne and for the longest time he was telling me you got to get one. Try mine. Get one. I remember driving it and saying, I never knew an SUV could drive like this.

I absolutely love the Cayenne – it's great for everyday. It's sporty and it doesn't even feel like an SUV. It has that Porsche handling. It's great in the winter and on the track.

We ended up getting it in Chicago. We got a deal that we couldn't refuse. We got great prices on both vehicles and they were vehicles I had my eye on for a long time.

This is the first time we have pre-owned and we love them. We like to get value for what we buy as well."

I'm a big car nut and a big car fan, in general. I love design, performance, and art. I can appreciate that aspect.

But first of all, I want to have the upmost in safety and performance. Secondly, I want to be able to enjoy my ride.

I want to feel sporty, safe and secure and I want it to be good in all four seasons, especially here at home in Toronto.

Do you know what's under the hood of the S8?

That's what I love about it. It's a sleeper. It accelerates fast.

Quite honestly, we've had no problems – just top the fluids up, turn the key and away we go.

I can't say the same for some of the other luxury, high-end vehicles that I had. Couple of them I had were really finicky. I had an Aston DB7 Vantage and when I was playing sometimes you'd come off a three-day road trip and your car didn't start. I'm like, I'm not driving a Chevy Chevette!

In my first year in Owen Sound I didn't have a car and Andrew Brunette, one of my teammates, was kind enough to lend me his car on some weekends when I wanted to come home to Toronto. That thing would always start – it was a Chevy Chevette!

I'm like, hold on a second here. Something is wrong with this picture. I can't go away for a two-game road trip, get back home and all of a sudden this car won't start.

You'd have to triple charge it. At the end of the day, I come back to minus 25 and turn that key whether it's in the garage or parking lot I want to make sure that thing goes.

What did you buy when you were drafted into the NHL?

A BMW M3 was my first real car – if you want to call it that.

I bought a black-on-black M3 coupe. When you consider the price, pound for pound, that's one of the best values for a vehicle out there.

I loved that car. I had that for about four years and it was so fun, racy. It handled well.

I'd been studying it long before I had the money to buy it. That's what started me off on my "love for cars."

Let's keep it real. My parents emigrated from Barbados. I remember turning 16 and some of my teammates were driving their parents' car to the arena and sometimes they got brand-new cars. When I turned 16, I said, "Dad, I just got my licence. Are you going to put me on your insurance? Can you get me a car?" He said, "My first car was a bicycle." He worked on a plantation back home and he literally did have a bike because I saw pictures of it. After that he was able to buy a Ford Escort for his first vehicle.

Basically he was telling me if you want something, work for it. I was so ticked off. I'm going to make the NHL and I'm going to buy whatever car I want! You're going to see!

Sure enough, I worked a lot of goalie schools and I actually ended up buying a 1985 four-door Honda Civic for $1,500.

I was in heaven when I bought that thing! I got the snap-on rims at Canadian Tire, an alpine stereo system. I thought I made it when I got that car. … My parents knew I worked hard to get that car and I was working hard to get a chance to make the NHL. They always put money into my account from that point on.

It was a good lesson to learn and I think it came full circle. In 2004, for Christmas I bought my dad a Mercedes S500. That was always his favourite car. To this day, he doesn't drive it if it rains. Dad, it's a Mercedes, don't worry, it'll be okay. No. You got to appreciate these things.

I'd have to say the Bugatti Veyron and Bentley Continental GT. 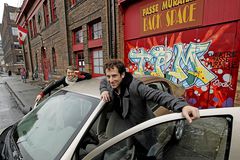 At the corner of Hollywood and Thunder Bay
October 27, 2011 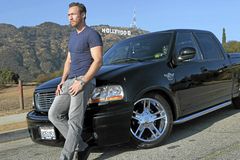 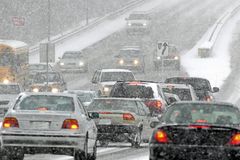 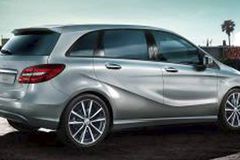 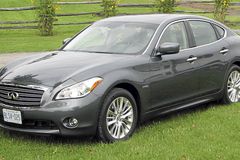 Will towing too much weight damage my car?
November 9, 2011 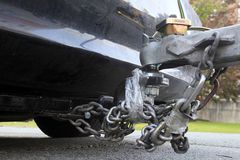