As long as the salesperson didn't lie to you or break a condition in the contract, there's likely no way to subtract those add-ons.

"Every retail contract or bill of sale requires, in 14-point bold font next to the consumer's signature, the words: SALES FINAL," said Terry O'Keefe, spokesman for the Ontario Motor Vehicle Industry Council (OMVIC), which regulates dealerships in the province. "In other words, there's no cooling-off period, period."

While most provinces, including Ontario, have cooling-off periods for certain types of contracts, such as for products or services sold by salespeople going door-to-door – these typically don't apply to car sales.

Under Ontario's Motor Vehicle Dealer's Act, you can request to cancel a sales contract with a dealership if it hasn't met a written condition, O'Keefe said. Or, if it didn't tell you certain information about the car, such as the accurate mileage or that it had been a police car, taxi, limo or rental. But, even then, you have to make the request within 90 days of the sale.

That doesn't really apply to dealer add-ons, but here's something that potentially could: Under Ontario's Consumer Protection Act, it's illegal to make false, misleading, deceptive or unconscionable representations about a product.

So, if the dealer falsely told you that your warranty would be voided if you didn't buy rust protection, for instance, you have up to a year to request that the contract be cancelled – if you can prove it.

"Proving a misrepresentation is not so easy unless you have some evidence of a misrepresentation or deceptive practice, like a voice or video recording of the sales pitch," George Iny, president of the Automobile Protection Association (APA), said in an e-mail.

When the APA has sent out secret shoppers with hidden cameras to dealerships, "misrepresentations about dealer extras were frequent."

The most common misrepresentation it found?

"[The] claim that there is no factory corrosion protection warranty for perforation of the body," Iny said. "It's five to 12 years, depending on the auto maker."

In 2016, OMVIC sent mystery shoppers to 20 dealerships in the Greater Toronto Area and found that five falsely claimed the manufacturer's warranty did not include corrosion protection.

If you think the dealer is lying to you, report it to OMVIC and go shop somewhere else, O'Keefe said.

There are similar protections in other provinces. In British Columbia, for example, you could likely still file a complaint about misrepresentation even after a year, said Doug Longhurst, spokesman with the Vehicle Sales Authority of British Columbia.

Are dealer extras a bad deal?

Consumer Reports says dealer extras such as rustproofing, fabric protection and paint protection are usually unnecessary – or, for something such as an alarm system, can usually be bought somewhere else for cheaper.

"Rust problems have almost vanished in modern vehicles," it said.

And, instead of getting the dealer to apply paint sealant ("vastly overpriced wax") or fabric protection ("the most expensive Scotchgard your upholstery will ever see"), get the products for a few bucks at an auto parts store and apply them yourself, it said.

"I believe the Civic comes with stain protection from the factory," Iny said. "The cost to the dealer for aftermarket fabric protection is $15 to $60, the latter with a warranty."

These extras make money for dealerships – and for the person who's selling them, Iny said.

"The person in the 'business office' who offers them typically receives a 20- to 25-per-cent commission on each item," Iny said.

When you're stuck in that room, there's a lot of pressure to protect your investment (their words) – but you can't be forced to decide on extras on the spot, O'Keefe said.

"If a consumer is unsure they want to purchase an optional product or service, don't sign; take a day or two to do the research, and only then put pen to paper," O'Keefe said. "Buying a car can be a highly emotional and exciting event, but it's important consumers don't get caught up in the moment and that they make informed decisions." 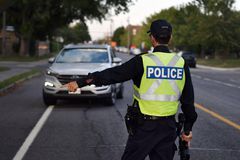 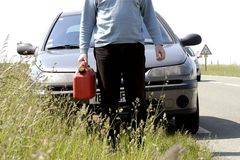 Why can’t Canadians show police proof of insurance on their phone?
September 26, 2017 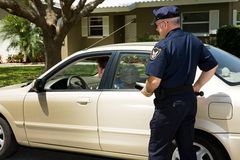