My father drove a homely little 1960 Ford Falcon to work for years – with its 90-horsepower, straight-six engine and three-on-the-tree shifter. His Falcon was a Brooks Bothers-blazer blue, with a kitchen-white steering wheel, a steel dashboard and seats covered in crunchy vinyl.

It was a middle class commuter for mid-level managers like my dad, a WWII veteran who suffered that car in silence and believed something better was coming. He had survived convoy duty in the North Atlantic and knew he'd live long enough to the Falcon's end.

In late 1969 he got a promotion and a raise, and promptly lost his mind, bringing home a beauty that staggered my mother and impressed my brother and I. The Falcon was replaced by a golden 1967 Rambler Rogue with a cream convertible top. Under the hood was a 290 cubic inch V-8. Yes, he'd gone nuts, we agreed.

Dad had long lusted for a Ford Mustang, but by 1969 everyone had one. After its launch as a 1964 ½ model, Ford had hoped to sell perhaps 80,000 Mustangs annually, but sold 500,000 the first year. That Rogue ragtop was American Motors' answer to the Mustang, but far less common. Almost five years since the launch of the Pony car, the Rogue had a novel cachet that caught my dad's eye. Dad liked being different.

But he really wasn't very different from what Ford Division President Lee Iacocca had spotted in the marketplace as 1960 dawned. Iacocca, who at 36 had become the youngest Ford boss ever, never knew my dad personally, but he knew what was going in dad's soul.

For the 25 years after the war ended, my dad and millions like him put their shoulder to the wheel and set about rebuilding the world. In his mid-40s, the old man was ready and while not wealthy, at least financially able to treat himself to more than a Falcon. He was not alone.

I am flooded with memories of my late father as I stand in the middle of a delightful celebration of the Mustang's 50 years at museum half an hour south of Seattle. The exhibition is called Masters of Mustang and it's a showcase of pony car history.

Dad's Falcon resonates today. Remember, the original Mustang was a dressed-up Falcon. Iacocca may have been able to spot pent-up demand in my father's generation, but Ford Motor boss Henry Ford II needed to be convinced there would be a payoff for a risky investment.

The Masters of Mustang tells this story of men who created the Mustang, led by Iacocca, a brash salesman never wanting for chutzpah. His product planning lieutenant, Sperlich, developed the presentation that convinced Henry Ford II to give the Mustang the go-ahead. Donald Fry, product chief and engineer, devised the plan to save money using the Falcon's mechanicals in a "poor man's Thunderbird."

Joe Oros, the designer, led the design team that penned the long nose and short rear deck that captivated dad and millions of others. The classic sports car proportions were a novelty in an affordable four-seater. All those first cars from that era are wonderful, though I'd argue the 1967 fastback is the most compelling of any in the last 50 years.

But truly, the coup de grace came from Carroll Shelby, the former racer turned corporate hot-rod tuner who put the sex appeal of bad-boy speed into the Mustang. Shelby had a hand in many very fast 'Stangs, but his best work came early in the 1966 Shelby GT 350 convertible. Just four were built and these cars remain among the most sought-after collectibles in the world today. The LeMay show has one.

The Mustang would not have been possible without the homely Falcon. That's why I'm thinking of my late father now. He loved his Rogue and he loved the Mustang, including its Falcon roots. We'd laugh about that if he were here today. Why do we go to car museums and their exhibits? This is why.

A father and son reach a wheel understanding
June 12, 2014 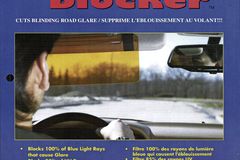 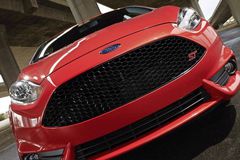 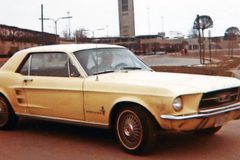 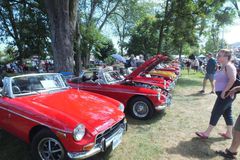 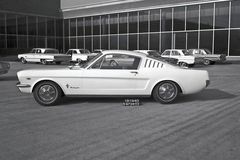 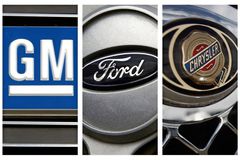 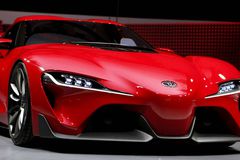