I had a minor fender bender and I'm wondering if the impact would have affected the airbags (they did not deploy). Would it compromise them for a possible future collision? My car has four, do they need to be inspected or reset? – Penni in Sudbury, Ont.

If the airbags haven't deployed but were compromised in some way, a "Check Airbag" light should illuminate on the dash. If no warning light remains after start-up, they're ready for another impact.

"If there is no deployment commanded because simply the collision or the impact was not strong enough to warrant a command for the airbags, they haven't lost their integrity or electronically nothing's been compromised," says Steve Alvi, manager of Digi Controls Ltd. in Brampton, where airbag control modules are programmed and repaired.

"How that works is the impact sensor is calibrated so it basically sends information to the airbag control unit, and depending on a few different criteria, those things have to be met for the airbag control unit to send a command to the airbag to deploy," says Alvi. "But before the airbags would deploy, the seatbelt system takes over, and that happens in the blink of an eye. So the seatbelt system keeps you nice and tight, it shortens the buckles and locks up the belt and then the airbag blows a millisecond or two after that."

Remember, detailed information on the airbag system can be found in your vehicle owner's manual.

If an airbag has deployed, it must be repaired by a qualified technician. "A number of parts would need to be changed in the system: the airbag control unit, the bags themselves, the part inside of the steering wheel which is called the clock spring – and that basically keeps electrical continuity while you're turning the steering wheel between the steering column and the airbag itself," says Alvi. "And, depending on whether or not in the collision there was physical damage to the sensors."

If you have any further doubts, check with your vehicle manufacturer to find out what its recommendations are for airbag servicing following an impact.

It's also important to make sure there are no recalls for your vehicle related to airbags. Contact your vehicle manufacturer or Transport Canada (1-800-333-0510) to obtain information about recalls or to report a suspected safety-related defect.

"Back in the early days of airbags, there were some problems with deployment when they shouldn't have deployed, but airbags today are performing very well in the real world," says Russ Rader, spokesperson for the U.S. Insurance Institute for Highway Safety. "They are doing a very good job in reducing deaths and injuries. There's no question that people are walking away from crashes today that they wouldn't have 20 years ago, and part of that is due to airbags.

"We have found airbags to be extremely reliable. In fact, when we opened our crash test facility in Virginia in 1992, as a demonstration we crash-tested a 20-year-old Chevrolet Impala that was one of the first vehicles General Motors equipped with frontal airbags. The car was rusty and the clock didn't work. It had been driven more than 100,000 miles but it had a driver and passenger side airbag and both of them performed perfectly."

You're wise to be concerned about the condition and functionality of your airbags. Next to seatbelts, they're one of your vehicle's most important safety features. 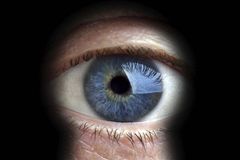 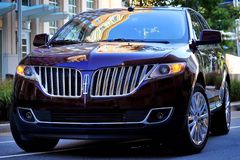 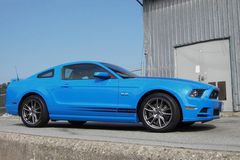 From fast cars to slow growing: Retired drivers turn to wine making in retirement
May 11, 2018 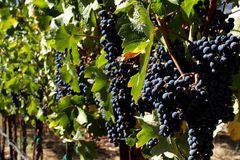 In Pictures: Vintage cars for sale, some never driven Gallery
May 11, 2018 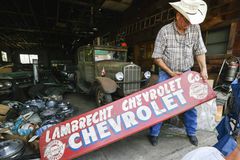 Car Review
A classic premium roadster built to impress the modern driver
May 11, 2018 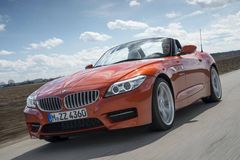