As a car guy, I didn't really want to buy a house – and especially not in Toronto, where you spend the price of three new Ferraris for a place that's the residential equivalent of a trashed 1972 Austin Marina.

The city's property costs would suck up all my machinery funds – who wanted a house when you could spend your money on a sports car or a new glider? Well, my wife did, for one; after years of apartment living, she was hankering for a home. And as the spring of 1994 bloomed, it was getting harder and harder to convince her that buying one was a bad idea.

Our second child was due any moment. Toronto house prices were falling. Schlepping groceries up the stairs to our rented apartment was getting old. And I was finally interested in a house myself – well, sort of. What I really wanted was a garage. If there happened to be a house attached, fine.

I dreamed of a clean, well-lighted place with heated floors, racks of perfectly-organized tools and a service hoist. This was the car-guy version of the dream kitchen, with an air compressor instead of a Wolf stove.

I'd paid a high personal price for my mechanical obsessions over the years. As a teenager, I worked year-round in my parent's carport. Those open-air rebuilds meant I either sweated or froze. My broken knuckles bled onto the rough concrete floor.

A car nut's life involves a cruel calculus – your cars and the place you need to take care of them come at the expense of each other. If you manage to scrape together the money for an awesome car before hitting your sunset years, there won't be enough left for a garage. And if you have a beautiful garage and workshop, they're probably attached to a house that forced you to liquidate your car collection.

But as my wife and I finally got down to buying a house in 1994, I was hoping to end up with Garage Mahal. I wanted heat, a level floor and gleaming work benches where I could rebuild engines while I looked out over our garden. We told the real estate agent we wouldn't look at a property unless it had a garage or a place to build one. In downtown Toronto, this was asking a lot – some of my friends owned $1-million homes that didn't even have a parking spot.

My garage fantasies were driven by some formative experiences, including the years I spent as a Porsche-VW mechanic. Working in a professional shop made me realize just how lousy my car workspaces had actually been – in a shop, I had air tools, parts washers and hoists that let me stand under a car instead of worming around on a stone-cold floor like an escaping prisoner.

When I quit the garage to go back to university and pursue my dream of being a writer, I was plunged back into the brutal world of the shade tree mechanic. I rebuilt an engine in a collapsing wooden garage that leaked so badly that I had to drape a blue plastic tarpaulin over myself when it rained. Next I had to change my Beetle's clutch in an unheated shack near Peggy's Cove. It was January, and the temperature fell to minus-10 or so, and the cold turned my car into a brittle steel sculpture. One of the engine-mounting studs snapped as if it were made out glass instead of steel – I had to haul out the transmission, warm it up in the house, and extract the broken stud.

When we moved to Toronto, I worked on our car in the underground parking lot of the high-rise building where my wife and I started our family. Then we moved to a rented house, and things got worse. My service bay was a weed-infested parking pad with a nasty slope to it; when I changed the oil, I had to jack the back end of the car up so the used oil would drain properly. A raccoon ran under the car once while I was changing a brake hose. (He was being chased by a dog, who joined him under the car for an epic battle that ended with all three of us coated in brake fluid.)

As an added bonus, I would finally be able to build an airplane. (My wife had killed an earlier plan to begin construction in our apartment.) We bought our house a few weeks later. My wife wanted it because it was in front of a park with a playground for our kids, and because it was a one-minute walk from a school and daycare. I was focused on the garage – fireproof cinder block, with enough space for three cars and a service hoist.

Unfortunately, the garage needed a lot of work. And so did the house. But I started with the garage, after convincing my wife that a workshop was essential to the home repairs we had planned. Unfortunately, this proved only too true – for the next five years, I built fences, decks, shelves, porch stairs and other things I can't remember.

Then we did a renovation that cost twice what the house itself originally did. I had the space for a sports car, but thanks to the house, I had no hope of buying one – our mortgage was huge.

As the kids grew, my garage ebbed and flowed with the stuff of our lives – wagons, bicycles, hockey equipment and furniture repairs. My car tools got pushed to the side by fatherly commitments. I was okay with that. In 2008, I decided it was time to resurrect my garage dreams. The kids were well on their way, and I had a little money.

I bought a garage heater, organized my tools, and bought the first part of the airplane kit I'd always wanted. Then I realized that my garage really could use some work – the roof had a nasty sag to it, and the lack of insulation meant my heater was running full-time with little to show for it (aside from a crippling gas bill).

I decided to pause my airplane project and rebuild the garage. Then the economy crashed, taking our investments and free time with it. My garage descended into chaos once again. I looked on the bright side – our house was beautiful, and I owned a piece of real estate with a garage on it. My cousin, meanwhile, had stuck with rented homes and spent every penny on cars. Now he was a mechanical Palestinian, wandering from place to place with his tools and projects – he sent me a picture of his latest forlorn garage; there was a half-built VW out front, drifted with snow.

We both had the same dream, but we had taken different paths. And neither one of us had reached our goal yet. Would I? I studied Homer back in my university days, and the lessons of the Iliad and the Odyssey had stuck with me. After sacking the city of Troy, it took Odysseus a decade to get home again – he had to battle the Cyclops, deal with the Sirens and the Lotus-Eaters, and cope with winds that scattered his fleet across an entire ocean.

When Odysseus finally returned to Ithaca, he found his house infested with suitors who wanted to steal his wife and take his fortune. Odysseus had to slay 108 suitors, execute the servants who had betrayed him, and set his house in order once again.

Odysseus reached his goal, but the journey took 10 years. My trip has been even longer – I've owned my garage for more than 17 years, and now it's a mess once again. My ships have been scattered, the sirens tried to call me to the rocks, and my tools are in disarray. But my odyssey isn't over yet. Someday, I will get to Garage Mahal. 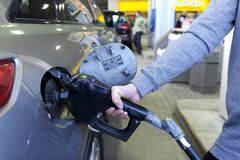 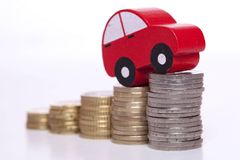