My 20-year-old son has had his driver's license reinstated after having it suspended for impaired driving. He is living away from our home in Alberta while going to college and doesn't own a car. What risk I am taking if I allow him to drive my car when he is home for a weekend visit? Is my insurance still valid if he is driving? – Steve

If you lend someone your car, it only matters that they have a valid licence – a past suspension for impaired driving, , or anything else, won't hurt your insurance.

But, if they crash your car, your insurance rates could take a hit – whether or not they've had a DUI.

"If the person that is driving the vehicle is legally licensed and that vehicle is properly insured and registered in the jurisdiction it is being used, then the owner of that vehicle can give permission to others to use it," said John Bordignon, State Farm Canada spokesman, in an e-mail. "However ... the person in whose name the vehicle is insured will be affected if the person they let drive their car causes a collision or is convicted of a traffic violation or criminal offence – you are not only loaning your car, you're loaning the insurance policy that covers it."

So, if your kid borrows your car and crashes it, your rates will likely go up whether he'd previously had a spotless driving record or not.

The reason we're using words like "likely" and "might?" Because it's generally up to your insurance company to decide when and how to raise premiums.

But, your kid is only considered to be borrowing your car if he doesn't live with you. If he – or anyone else – is using your address on his driver's licence, then he's likely considered an occasional driver.

"Whether or not he's away from school, if his permanent residence is with his parents, then he has to be listed as a driver on his father's policy," said Pete Karageorgos, director of consumer and industry relations with the Insurance Bureau of Canada.

"I've got a 22-year-old who still lives at home, we've got two vehicles and three drivers so I've got to put him on a potential driver on both – at the end of the day, he's living in my home."

When you're getting insurance, the company asks how many licensed drivers live in your home "and/or share your address," Bordignon said.

"This is to have an understanding of how many people have access to the vehicle," he said.

If an occasional driver has a spotty driving record or has had a suspension, it will cost more for insurance.

"Criminal convictions and traffic violations that appear on your record will adversely affect rates – regardless if it's your own insurance policy or you are being added as an occasional driver on someone else's," Bordignon said.

What's the line between borrowing a car while you're visiting your folks and being an occasional driver?

Even if your kid, or anybody else, doesn't officially live with you but borrows your vehicle every weekend – or for months at a time – you should tell your insurance company, the IBC said.

"If someone has regular access to the vehicle, then the insurance company needs to know – but if it's a one-off, it's no big deal," Karageorgos said. "If a claim does occur and it turns out that it's a regular occurrence, the insurance company has grounds to void the policy or deny the claim."

Or, the insurance company could determine that you should have been paying a higher premium all along – they might pay the claim but ask you for the difference in the premium.

How does your insurance company define "regularly"? It's probably a good idea to ask them, Karageorgos said.

"It's always better to err on side of caution and advise your insurance company or your broker or agent," he said. "They may decide not to do anything." 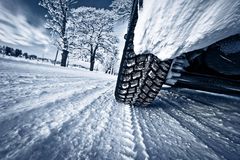 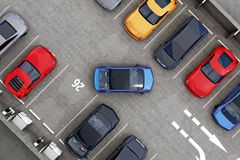 If the car behind flashes its high beams, do I legally have to move over?
October 18, 2016
Follow us on Twitter @globedrive Opens in a new window
Report an error Editorial code of conduct
Due to technical reasons, we have temporarily removed commenting from our articles. We hope to have this fixed soon. Thank you for your patience. If you are looking to give feedback on our new site, please send it along to feedback@globeandmail.com. If you want to write a letter to the editor, please forward to letters@globeandmail.com.
Comments