In the first article of our new feature Driving Concern, reporter Jason Tchir answers a question on car exhaust problems. If you have any driving queries for Jason, send him a message at globedrive@globeandmail.com.

I'm getting a strong smell of exhaust inside my SUV. Freeway driving is fine but when stopping at an exit or stop and go driving, the fumes get so strong that my eyes burn. It's so bad that I can't use recirculation mode while the defroster's on. My real question is: what is the source of the exhaust under the hood and what can be done to eliminate it? – Denise, Ottawa

Where's there's smoke there's fire – and where there's the eye-burning smell of exhaust, chances are there's a problem with your engine.

"The vehicle needs to be taken to a service centre as soon as possible and be inspected," says Patrick Brown-Harrison, automotive instructor at SAIT Polytechnic in Calgary. "If the occupants are experiencing eye irritation then the emissions from the engine are outside accepted levels. The problem is a poorly operating engine."

Vehicles built since 1995 have a computer system to control the emissions of the vehicle, Brown-Harrison says. If that system hasn't been tampered with, say, by modifying the exhaust system, then the exhaust coming out of your tailpipe is more polluted than it should be.

If it's especially strong when the recirculation mode is on — when the same air is being recycled over and over again — it could mean that exhaust is not coming in from under the hood. It could be coming in from the tailpipe through other vents built into the vehicle cabin.

To answer your other question, if the exhaust is coming in from under the hood — either through the heater or through a hole in the wall between the engine and the passenger compartment — it's typically the result of a leak somewhere in the exhaust system, and that's likely caused by rust.

This is more common in vehicles more than six years old, especially in Eastern Canada, where a lot of salt is used on the roads. Since exhaust contains a lot of water, systems rust from the inside out.

It's not the type of thing that a home mechanic can easily do, Brown-Harrison says.

"It would involve getting the vehicle up in a lift, and odd contortions, and sticking lights in strange places," he said.

If you're in Ontario, a leak should get caught during mandatory emissions testing.

There are also less likely possibilities. If the fumes are only noticed when you're surrounded by other cars, say, when you're stopped at a light, you could be smelling the fumes from the cars around you, especially if it's winter.

That's because of a temperature inversion, a normal part of winter weather. The temperature increases with height and that acts like a lid, preventing exhaust from escaping into the atmosphere. Instead, it's trapped around vehicles. It's why you can sometimes taste the exhaust when standing outside at a busy intersection on a cold day.

But, with today's strict emissions regulations, Brown-Harrison thinks that other cars producing exhaust so strong it burns your eyes is increasingly unlikely. An occasional quick whiff of exhaust when stopped behind a truck at a light probably isn't anything to worry about, but if it's happening often and is so strong you can taste it, well, that could be a sign of trouble.

"Again, you shouldn't normally experience anything inside the vehicle," he said. "If it's that strong, something's wrong."

If your vehicle is equipped with a cabin air filter and that filter is clogged, there's also a slim chance that could lead to a slight smell of exhaust. "It would mean that the air is being pulled from different places than usual," he said.

Even without the smell of exhaust, you shouldn't be using the recirculation mode with the defroster, Brown-Harrison said. The recirculation mode is designed to lower the stress on your air conditioner so, on hot days, it's cooling the already cool air inside the cabin, instead of constantly cooling hot air from outside.

The bottom line: when you smell exhaust, get it checked.

"Carbon monoxide, once it's absorbed into the blood stream, can take up to 178 days before it's washed out of your blood cells," Brown-Harrison said. "If someone's driving with this problem for a while, their body will become saturated with it."

That exposure can cause respiratory problems and, worse, a lack of oxygen to the brain.

"That would mean blacking out. And, to put it mildly, that's really, really bad while you're driving," he said. 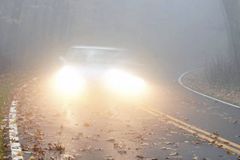 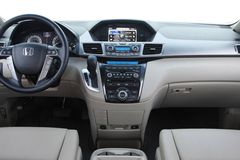 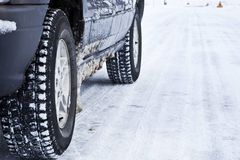 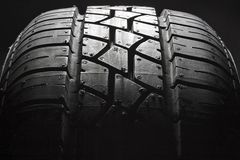 How do I fix these not-so-good vibrations?
February 7, 2012
Why are these headlights so expensive?
February 9, 2012 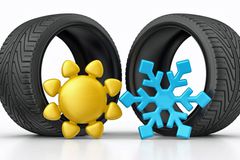