I've spent the last two weeks pondering the Ontario coroner's office report on the 129 cycling fatalities that had occurred in the province between 2006 and 2010. Called the "Cycling Death Review" (which sounds like a house band from the 1990s) the report's findings apply, not just to Ontario, but also to the entire country. It was troubling reading.

Apparently, there are five categories of death in Ontario: natural, accident, suicide, homicide or undetermined (I'd add "lamentable" and "had-it-coming" to the list). Central to the report's findings was the assumption that, while the deaths were accidents, like vehicle collisions, they were predictable and therefore preventable. Most collisions were the result of actions by the cyclist, motorist or both. "Uncontrollable factors, such as weather and road conditions, rarely contributed to the death."

The comprehensive report noted that "Three-quarters of fatal cycling collisions occurred from April to September…Twenty-six per cent of those cyclists killed during the review period were wearing a helmet. Those cyclists whose cause of death included a head injury were three times more likely to not be wearing a helmet compared to those who died of other injuries."

The coroner's office made 13 recommendations, among them the creation of cycling networks, an Ontario Cycling plan and public awareness campaigns. It also recommended a one-metre passing rule for vehicles overtaking cyclists and making side-guards mandatory on heavy trucks.

Sadly, such suggestions were all but ignored by the media and both the rabid and deranged anti-cycling nut-jobs and the humourless, wannabe-martyrs pro-cycling zealots. Instead, these bright lights focused on the coroner's recommendation that helmets should be mandatory, as they are in British Columbia, Nova Scotia and New Brunswick. At present only Ontarians 18 and under are required by law to wear a helmet.

Those against the law used many of the same arguments that anti-helmet motorcyclists employ: that helmets don't prevent fatal accidents, that they limit peripheral vision and hearing and can even increase the chance of accidents. A 2006 study by England's Engineering and Physical Sciences Research Council found that drivers were twice as likely to drive closer to a cyclist who was wearing a helmet.

Those arguing for helmets were less ideological. Helmets do not prevent cycling accidents any more than seat belts prevent car crashes. A helmet's function is to cut down the severity of head injuries. That is a helmet's sole purpose (well, that and to make you look dorky). Even the folks at eHow get this, explaining that when impact occurs, a helmet reduces "the amount of kinetic energy transmitted to the brain by spreading that force across the helmet's rigid shell." Dr. Jamshid Ghajar, head of New York city-based Brain Trauma Foundation, last week told a press conference that bike helmets can reduce the risk of head injury by 85 per cent.

In terms of things-that-are-difficult-to-be-against, "severe head injury" is right up near the top of the list. Yet some in the cycling community believe helmets and helmet manufacturers are disciples of Satan. They use the "C" word (Copenhagen) and note that cycling is safer in that bike-friendly city even though most riders do not wear lids.

Perhaps, but when I see a guy riding downtown without a helmet, I always think the same thing: "Oh, hey Candide, are you enjoying your bike ride?" That's because only a supreme optimist would be brave enough to ride through the free-for-all that is urban traffic without a helmet. You need a faith in humanity that is rock solid.

Yet those who demand a mandatory helmet law miss the unintended consequences that may occur. Hardcore helmet-haters will ignore the law. Casual riders, meanwhile, will be intimidated. You can kiss the Bixi bike sharing program good-bye. These folks don't carry around bicycle helmets with them just in case they want to ride a bike. Cities such as Vancouver and Seattle, where helmet laws are in place, are watching their bike-share programs die.

That's unfortunate because bike borrowers are also some of the safest riders. The website Streetsblog recently reported, "After 4.5-million trips, no bike-sharing user in London (England) has been seriously injured or killed in a traffic crash, according to Transport for London. Only 10 bike-sharing users were injured at all in the first 1.6-million trips on the system."

Fewer cyclists on the road means greater danger. A plethora of studies show that the more people there are cycling, the safer it is for cyclists in general. Drivers become more aware and are more careful when passing and interacting with cyclists. If governments are truly serious about protecting cyclists, the solution is simple. Create more bike lanes and infrastructure.

Instead we're arguing about whether someone stupid enough to ride without a helmet should be compelled to do so.

It's time to stop seeing cycling as an aberration and recognize it for what it is – a mode of transportation, not a hobby. Cyclists need to be held to the same standard as drivers (that's not too hard). Cycling needs to be encouraged. We need more bike lanes. They don't slow down traffic. That's insane.

You're probably wondering why a guy who loves cars and driving, a man whose greatest fantasy is to spend the day driving around in a 1971 Cadillac Eldorado Convertible and then finish that day by having sex in it, wants to see more people on bicycles. Think of it as harm reduction. The more we can get people on bicycles, the fewer will be in cars and the fewer people there are in cars, the less traffic there will be and the easier it will be for me to drive around in my car.

As for the helmet debate here's my earth-shattering solution: What if we increased bike infrastructure and education and most cyclists wore helmets? That's allowed, right?

You can do both?

Come on, Canada. We can do it! Let's walk and chew gum at the same time. Let's build more bike lanes and infrastructure and wear helmets. Aren't you as sick of those Danish braggarts making us look bad? I know I am. Great people. Good beer. Nice cities but enough already. 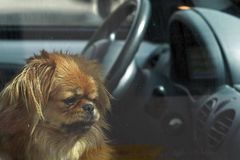 Dear hit-and-run driver, your rudeness has been noted
June 20, 2012 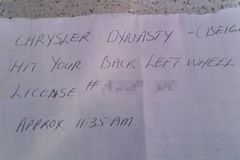 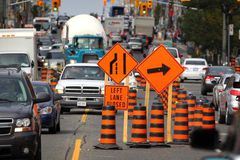 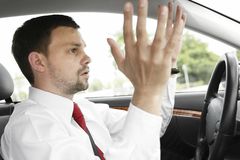 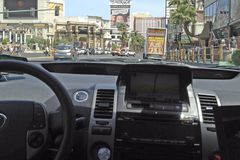 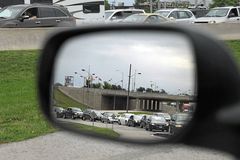 Stick your windshield leaflets somewhere else
May 15, 2012 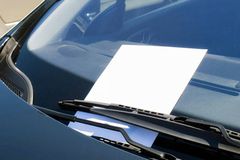