Also appeared in All American Handyman with Mike Holmes

He owns more than 20 income-generating homes, which he converted and renovated himself. He dishes out tips for first-time homeowners to build legal income suites in their homes on his hit HGTV show, Income Property.

But although McGillivray made money on his first rental property and his first vehicle, he's no handyman when it comes to cars. He drives a 2008 BMW 328xi sedan.

Why did you choose a BMW?

I'm in a BMW rut. My last three cars have been BMW 3-Series.

It's the smoothest ride I've ever had. This one is powerful – the last I had was a turbo. And to be honest, I didn't need the turbo. It was a bit of a gas guzzler.

The Bimmer is the one I drive the most. This is my all-the-time, hanging-out, get me where I need to go car. It's safe and has lots of room.

Does it have curb appeal?

Yeah, it has curb appeal. I always go with blue – blue is my thing for some reason.

You're handy with home renovations; do you tinker with cars, too?

No, I don't fiddle with vehicles.

I try to work on houses not cars. If I was as good at working on cars as I was on houses maybe I would. But I'm not.

We used to call it the Es-porsche because it was my little Porsche. It was one of my favourite vehicles ever. I got the car for $1,500 and it was awesome. It was blue – maybe that's why I still love blue.

I drove that car all through university and then it was at the end of its lifespan. I was scared to take it on the highway. It hadn't broken down, but it was making some funny noises and I was changing the battery often.

I used it as a trade-in and I got $2,000 for it. I made money on my first vehicle, which was awesome. I'm the only person who bought a car and sold it for more five years later.

What did you buy afterwards?

I had a Hyundai Tiburon in blue.

I loved that car – I thought it was pretty cool. Then when I realized it wasn't cool, I got an Audi A4. I had it for a year and a half.

I really liked that car, but I decided to give a BMW a try on the next round. I got stuck in the BMWs.

I do. I think the speed limit should be increased by 20 km/h on every single road– that would save me so much money.

The fact that you have tickets is a pain in the butt. It's not the 80 bucks, it's the insurance that goes up.

The cops never let me off – even if they recognize me, they don't let me off.

Last time was close, but I think she was not a fan – she pulled me over and she said you were going 70 in a 50. Then she said are you the guy from HGTV? I thought, "Yeah alright I'm getting away scot-free on this one." We had this nice conversation and I said, "Thank you very much for the warning" and she said, "Oh no, this is not a warning. You're getting a ticket."

When did you get your motorcycle licence?

I was one of those late bloomers when it comes to motorcycles. I didn't get my motorcycle license until I was 25.

I don't go out often. I like to cruise. A few friends of mine who like bikes were talking about a road trip so I finally went out and we drove to Blue Mountain for the weekend or I'll cruise around town on a nice day.

Any mishaps with it?

I'm careful. I'm not into anything crazy. Some guys mess around with motorcycles. I'm just really not interested in that.

I'm a bit of a loud music listener.

I like to mix it up. I listen to anything from pod casts of top 40 mixed music, audio books and I spend a lot of time on the phone.

Are cars a good investment compared to property?

The miracle is my first car was a good investment, but since then not so much.

You got to be smart with a car. You need something that you feel comfortable in. If I wasn't comfortable in this seat I'd change the car immediately.

Your lease is almost up – will you get another 3-Series?

I'm due for a new car in October.

This is a big farewell. I might go away from the BMW brand. Its time to get something with navigation – I love the navi feature.

I'm going to stick with automatic – I've had standard and automatic. As much as I like standard, I can't drink my coffee and drive.

If I could bring you the keys to any vehicle, what would it be?

I really like the Porsche Carrera – the new one in blue. 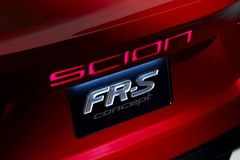 He's shocked that his minivan's back end is sagging
August 31, 2011 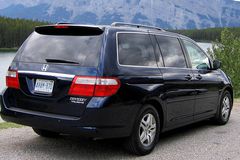 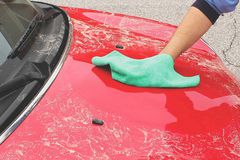 Less talk, more cars needed for Cadillac to compete
August 31, 2011
Follow Petrina Gentile on Twitter @PetrinaGentile
Report an error Editorial code of conduct
Due to technical reasons, we have temporarily removed commenting from our articles. We hope to have this fixed soon. Thank you for your patience. If you are looking to give feedback on our new site, please send it along to feedback@globeandmail.com. If you want to write a letter to the editor, please forward to letters@globeandmail.com.
Comments