The writer was a guest of Go RVing Canada, Owasco RV Rentals and Honda Canada.

When I was pregnant, a friend suggested we go on a portage around Algonquin Park. She offered to do all the heavy lifting and I sarcastically said that if she carried my bed and a flush toilet, I’d be happy to come.

It was clear from the start I was not going to be one of those moms who hikes through the bush with a baby on her back. In fact, until this summer, I hadn’t camped in 15 years.

I’m just not that into bug bites, bad hygiene and eating out of cans. However, when an opportunity to go RV camping arose, I saw it as a chance to try roughing it again – but with air-conditioning and a shower. I picked out a couple of campsites in la belle province, borrowed a Honda Pilot to tow our rental and packed up the family for our first trailer-camping adventure.

At Owasco RV Rentals in Oshawa, Ont., Chris Verwey gave us the rundown on how the RV plumbing, electrical and sewage systems worked. Emptying the “poop chute” would be my job, my husband declared, then busied himself filling the fridge with beer. 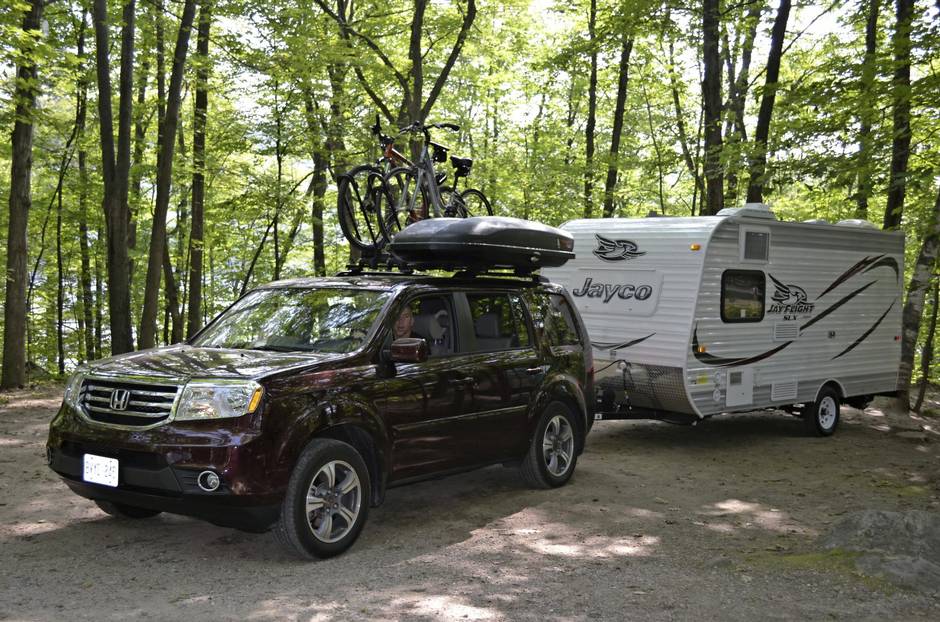 We hooked up our 17-foot Jayco Swift and, with a lurch, headed out on a fairly smooth four-hour drive to Gatineau Park.

Upon arrival at the park gates, we realized the cap for the “poop chute” had fallen off somewhere on the highway and we’d come perilously close to losing the hose. We also realized my husband had left a couple of beer bottles on the trailer’s counter. Cleaning up that mess would be his job, I declared.

We arrived at our campsite and discovered it sloped down toward a steep cliff overlooking the lake. Trying to help my husband reverse into a hellishly narrow pathway lined with boulders and trees, I thought to myself they should call this road “Divorce Court,” and was thankful the neighbouring children only understood French, because my husband was uttering words not fit for young ears. 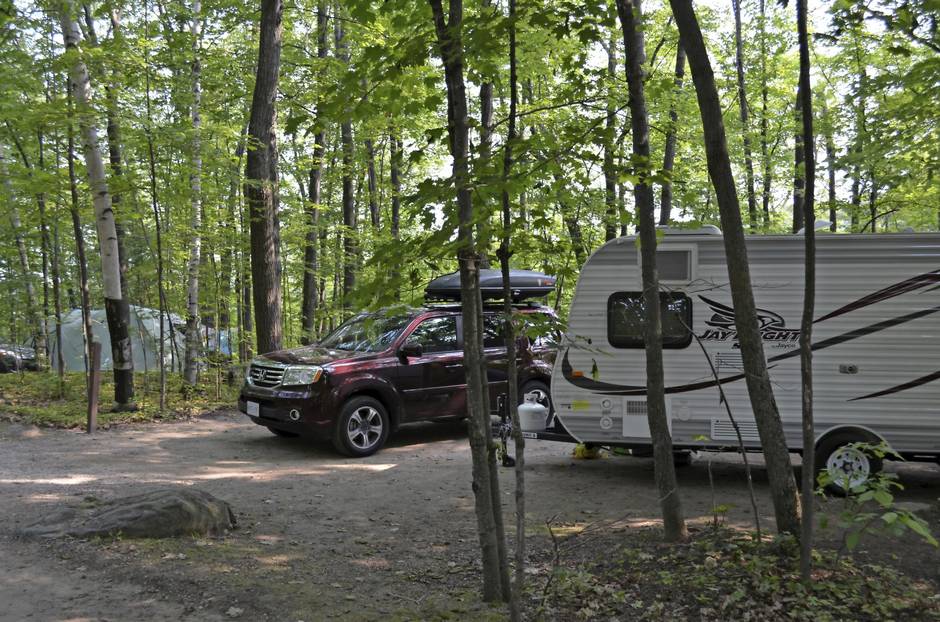 I think all couples, before they marry, should first have to back up an RV – it’s a test that would weed out all but the most devoted. I can’t say we handled it with perfect grace, but at least no one slept in the car that night.

Once we were all set up and the travel buzz had worn off, my daughter grew sad and announced she missed her “stuff.”

I held in my laughter. We’d brought so much “stuff,” our trailer was practically exploding. The Pilot was filled to the brim and even the roof was loaded, with two bikes and a full cargo bin perched on top.

I pointed out all the neat “stuff” at our campsite, such as the bonfire, the lakeside view and – most importantly – us.

Clearly she needed a distraction, so out came a bag of peanuts. Soon we were swarmed with nut-loving critters and the action had drawn in my son. I grabbed my camera to capture this adorable moment. 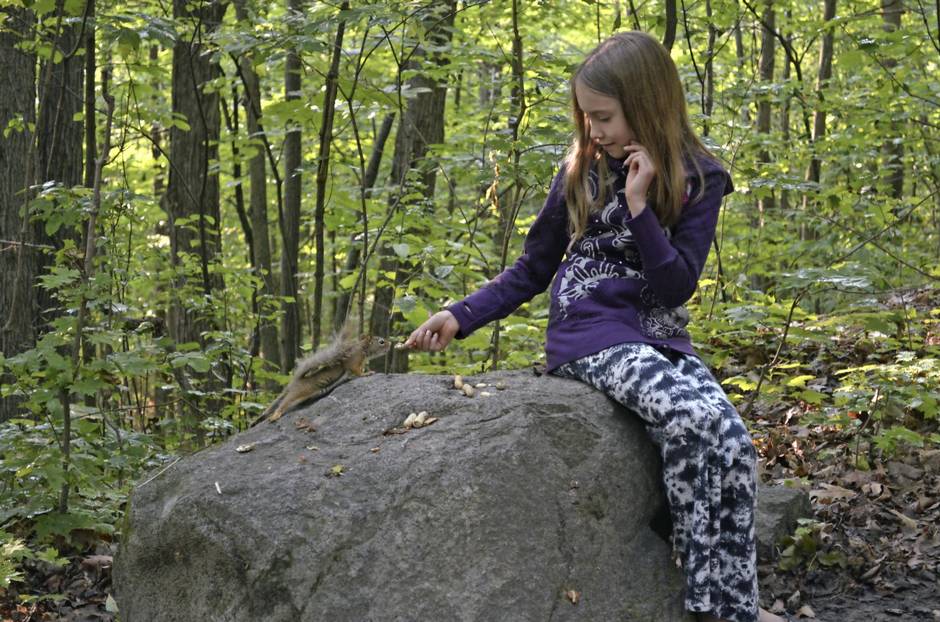 It didn’t last long, however. Just as the squirrels began to fight the chipmunks for the bounty, my kids started arguing over who was hogging the nuts. I realized I was missing something from home, too: my children’s bedrooms! Then a squirrel bit my son’s finger and I remembered why it’s a bad idea to feed wildlife.

A bit of civilization seemed to be in order, so the next day we unhooked the Pilot and went for a 40-minute drive into Ottawa, where we toured the Parliament buildings and War Memorial, checked out the Governor General’s house and had lunch with friends, followed by gelato in the ByWard Market.

By nightfall, we were tuckered out and ready to snuggle by the campfire. To my surprise, I learned my son builds excellent campfires – a skill he certainly didn’t learn from me. To my further surprise, a bold raccoon reached right into the fire pit to retrieve a peanut, only to find the squirrels had left him nothing but shells. Those evil squirrels! 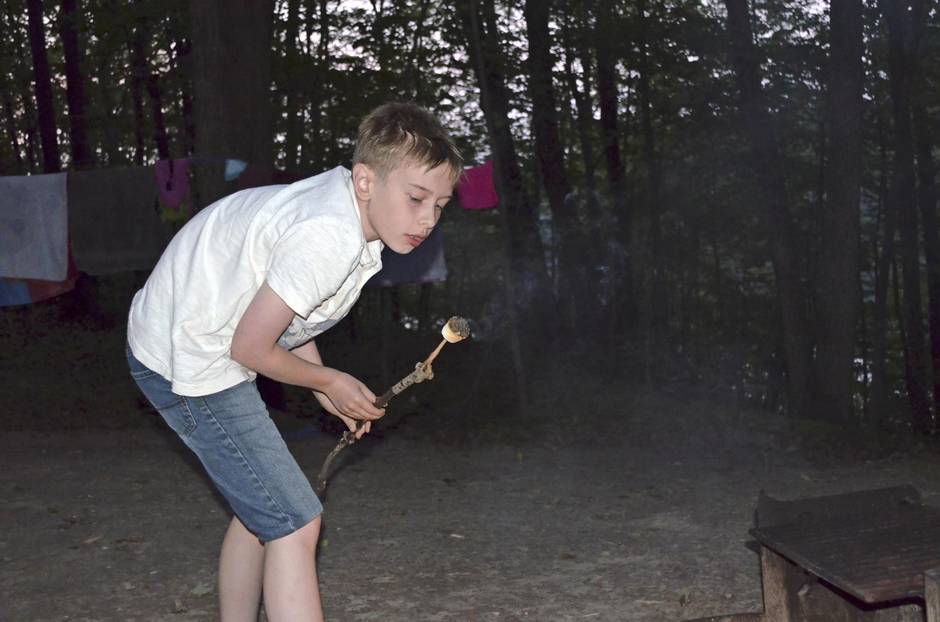 Our time at Gatineau passed quickly, and on day four, we moved on to our second destination: Oka National Park. We witnessed a couple trying to back up a massive camper and I was grateful we didn’t understand their French. With Gatineau under our belts, our own parking had gone much more smoothly.

Unlike our previous site, this one had hookups for water, electricity and sewage, and we were feeling pretty comfortable after flicking on the air conditioner.

For a moment, I couldn’t think of any good reason to leave our trailer, but there were things to explore and no one was disappointed when we arrived at the beach and saw the immense playground. The water was shallow and warm with a perfect sandy bottom. My daughter asked if we could come back next year. I reminded her that we just got here. 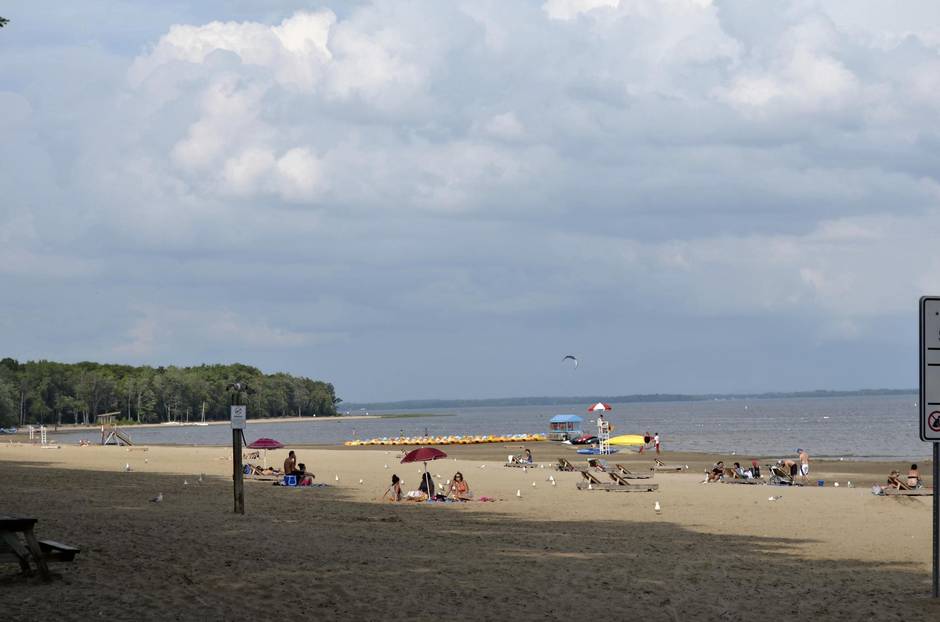 While it was tempting to spend every day at the beach, on our last full day I convinced the family to take the Pilot for a trip to Montreal, an hour’s drive away, where we toured the Old Port and botanical gardens. Although I felt we’d seen enough bugs for a lifetime, they wanted to visit the insectarium as well. The specimens there made me almost grateful for the comparably tiny moths and mosquitoes at our campsite.

When our last morning in Oka arrived and we piled our stuff back into the trailer, my once-homesick daughter was sad again. This time, however, it was for a different reason: She was not ready to head back home.

I was also sad our adventure was at an end. Despite our mishaps, I’d had a great time “roughing it” with my family.

The writer was a guest of Go RVing Canada, Owasco RV Rentals and Honda Canada. 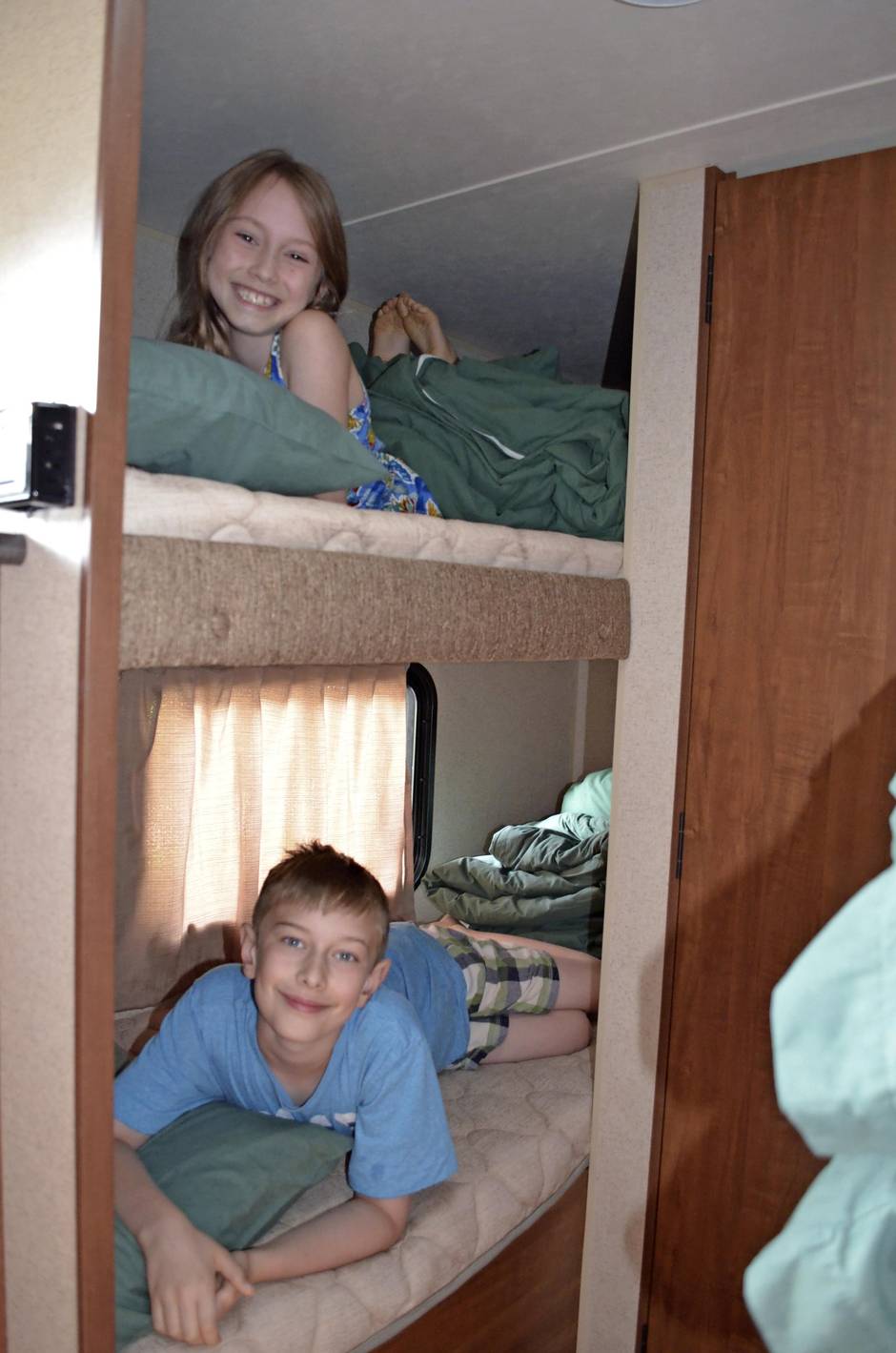