After I got in an accident, the other driver shouted every name in the book at me and said it was my fault. Then he calmed down, didn't want to call the police and said it would be better for both of us to handle it with cash. I was stunned, but agreed with him to avoid conflict. What exactly am I supposed to do in this situation? — Josh, Toronto.

Don't expect the other guy to play fair after an accident.

"It's almost as important to know what not to do after an accident," says Anne Marie Thomas, senior manager of partner relationships for rate-comparison site Insurancehotline.com. "Sometimes, nice guys really do finish last."

Because cars don't come with a handy card that tells you how to handle an accident, it's easy to make crash decisions that could cause trouble later. Here'w what Thomas suggests you should and shouldn't do after cars collide:

"Don't say, 'hey, sorry, my bad,' or whatever people are using these days, even if you think you're at fault," Thomas says. "You could be jeopardizing your insurance company's position."

It's up to your insurance company to decide who's at fault — and by how much. In Ontario, that's normally decided by fault determination rules.

"Most of the time, if you rear end somebody you're at fault — but if you have witnesses who can say, 'No, that driver cut him off,' you might not be," Thomas says.

Don't be a jerk (or any other four-letter word)

It's a bad idea to start discussing who's to blame, Thomas says. "For most of us, getting in an accident is pretty new and your nerves might be frayed," Thomas says. "Don't start arguing with the other driver — it can escalate pretty quickly." Instead, be calm and exchange information.

Get out of the way

If the car is blocking traffic or could cause another accident, move it if you can. "Don't leave your car where more damages can happen," Thomas says. "If it's in the middle of the road, move to the side."

Get everybody's information — and take pictures

And, it's a good idea to take backup photos of the other driver's licence, registration, pink slip and plate, Thomas says.

If you don't know if you should report it, ask police

"When in doubt, call," Thomas says. "They'll tell you whether or not you should report it."

Don't call 911 unless there's a 911-worthy injury. Instead call the non-emergency number. You have to notify police — or go to an accident reporting centre — if there's an injury, if a driver is impaired or if the combined damage is over $1,000 in Ontario.

In most other provinces, the threshold is $2,000. If you don't report it, the other driver might — and you could be accused of a hit and run.

Don't take cash if you're not at fault

"I'd suggest that people don't do that, especially if they're not at fault," Thomas says. "It's of no benefit to you."

A lot of people want to avoid getting the insurance companies involved so rates don't go up, but the rates will only go up for the driver at fault. If you're less than 25 per cent at fault in a crash, your Ontario rates won't go up.

Even if you don't report the accident, you should tell your insurance company, Thomas says. If you don't tell them and they find out, they're allowed to cancel your policy. Or, they might decide not cover you later if the other driver sues you for an injury.

"It's the same for the majority of provinces," she says. "There's a clause that states that the insured shall give written notice to insurer where loss or damage to the automobile occurs — but you can call them instead of writing."

But, if you're at fault and you tell the insurance company about an accident, even if there's no damage, they're allowed to raise your rates.

Driving the blue-collar highway, where the Porsches don't roam
April 6, 2015 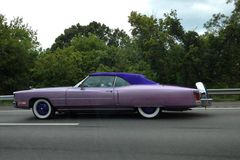 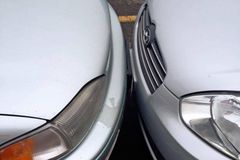 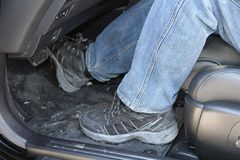 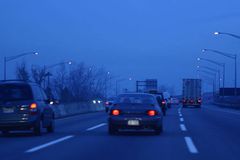 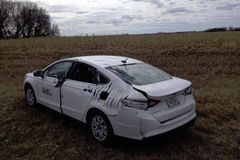