How much car do you really need?

I once moved from Vancouver to Halifax in a VW Beetle that I managed to pack with a drafting table, books, clothes, a set of mechanic's tools, a pup tent, two sleeping bags, a tarpaulin, ski boots and a three-year-old calico cat. Strapped to the outside were a set of downhill skis and a hang glider.

I thought of this the other day as I contemplated our next family car. Was it time for something bigger than our trusty Honda sedan? Some acquaintances think we need an SUV – my wife and I like outdoor sports, and the kids still travel with us sometimes. One friend suggested a pickup truck, because we could load our bicycles in the back.

I had to admit that there are times when an SUV or a pickup comes in handy. But as I reflected on the hundreds of vehicles I've driven or owned, I realized that a single theme kept emerging: less is more.

Like a government purchasing a new fighter jet, it's easy for car buyers to get caught up in what's known as mission creep. You start off thinking about a Honda Civic that would be perfect for the drive to work, but then you remember that time you needed to pick up a load of topsoil for the front lawn and decide that actually you need an extended-bed Ford F-150 pickup truck.

You think about a ski trip to Quebec and fixate on a Jeep Wrangler with studded tires and a raised suspension that help you clear the snow drifts. Then there's that long summer trip you've always wanted to take – a 40-foot motorhome with a slide-out kitchen would save a fortune in restaurant and hotel bills. Then you realize that you hardly ever pick up topsoil, that 99.9 per cent of your time is spent on the streets of Toronto instead of the winter roads near Mont Tremblant, and that you could spend a year in deluxe hotels for a year for less than it would cost to buy a motor home. You've talked yourself into an F-35, but all you really need is a Piper Cub.

My father was always an advocate of the minimalist car. He drove our family across Canada in a 1963 Mercury Comet, and through Continental Europe in a tiny Opel Kadett wagon. My father's wisdom, of course, was lost on me at the time: few teenaged boys appreciate being wedged into a back seat with a pair of younger siblings and a Hungarian sheepdog, and I always swore that I'd get a bigger car when I grew up.

But I didn't. My father's philosophy had apparently engrained itself. Every time we bought a car, it was s a small one. For years, our only family vehicle was a Honda Civic. In 2002, we briefly broke tradition by buying a minivan. We loved it for summer trips and hockey tournaments, but I soon realized that I spent a high percentage of my time in the van alone, running errands or heading out to news assignments in a big, empty box. As I surveyed the echoing interior, I knew that I had the wrong vehicle for most of my missions – it was like using an aircraft carrier to go bass fishing.

When we sold the van in 2004 to pay down a house renovation, I wondered how we'd do without it. All we had left was an old Honda Accord. But the Accord turned out to be perfect. When we needed more luggage room, I put on a rooftop box. When that wasn't enough, we borrowed a friend's SUV (that only happened once).

It's easy to overestimate how much car you need. Every day, I see giant SUVs driven by a single person (more often than not an extremely thin, well-dressed woman who looks like she's heading to Holt Renfrew). Pickup trucks are also vastly underused – with the exception of my contractor friend John, I don't know anyone who actually uses a Ford F-150 to haul things.

No vehicle is perfect for every mission. This was driven home yet again when my wife and I drove our son back to university in our Accord a few months ago. Our load included three people, two large suitcases, a hockey bag, three boxes of kitchenware, bags of food, several crates of books, a laptop computer, a memory-foam mattress cover, a Sony PlayStation, a printer, and a 32-inch flat-screen television.

An SUV would have swallowed it all with ease, but our Accord was all we had. With a bit of wedging, everything fit, including our son, whose torso emerged from a backseat sea of grocery bags and hockey gear. But the drive was only an hour, so he could tough it out. That evening, the Accord was empty again, and my wife and I were driving back to the city. A few hours before, the Accord had seemed undersized. Now it was perfect.

This prompted a mental analysis: I tried to recall the number of times when our Accord had been too small for the mission at hand, and I could only think of four or five. Then I remembered the days when our van had seemed too big – and there were so many I lost count.

My job as a transportation writer means that I drive a lot of cars, and friends and readers often ask me for a recommendation when they're looking for a new vehicle. I always ask them a few basic questions: Do they have a daily commute? How many people are in the car most of the time? What do they carry? Do they travel to cottages or ski resorts?

Then I recommend the smallest, least-expensive, most fuel-efficient vehicle that will fulfill their most common mission. My friend Ian, for example, ended up with a Toyota Prius V because he's a downtown guy who occasionally heads out into lake country with a folding kayak. The Prius is a great urban commuter, and his kayak will actually fit inside.

When it comes to myself, I sometimes dream about buying something unexpected – like a diesel SUV to haul a new sailplane in a trailer. Then I realize that I would probably tow the sailplane once a year, and that the SUV and a sailplane will cost as much as a condominium.

Back to the Less is More paradigm. My wife and I could probably get away with a Honda Civic again. Or a Prius – the fuel economy is unbeatable, and there's a lot of space inside. We might even be able to get away with the new, subcompact Prius C. Why not? Once you've moved across Canada in a VW Beetle, every car seems like a moving van. 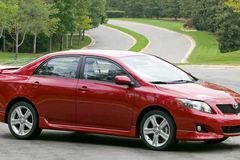 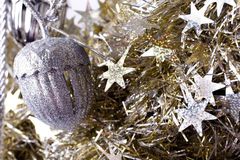 Conspiracy theory: Where have all the streetcars gone?
December 24, 2012 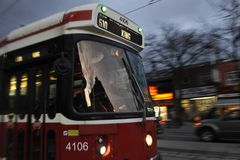 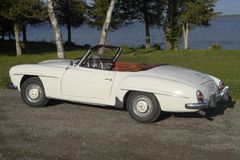 New class of bikes excels on the street and off-road
December 22, 2012 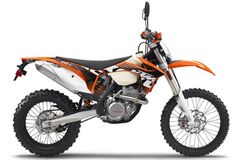