My car was broken into at a mall parkade and, although the console was full of coins, sunglasses, an MP3 player and cell phone, only the permit and insurance papers were taken. Why would someone just take the papers? What can be done with them? – Kathy in Scarborough, Ont.

The fact that your gadgets and money were left behind points to the likely conclusion that the thief was only after your vehicle paperwork.

Remember, the average glove-box contains a host of data on which it's possible to base criminal activity. For one, your address is listed on the insurance card and vehicle permit. You might be welcoming an unexpected visitor to your home, especially if a garage-door opener or spare house key is kept in your vehicle.

A stolen permit may be also used for automotive identity theft. "For a thief to go into a car and just take that, my first look would be: is this similar to a stolen car that they want to clone the identity of and get out of the country?" says Garry Robertson, national director of investigations for the Insurance Bureau of Canada.

Robertson finds about 400 stolen vehicles per year, bound for popular destinations such as northern Europe, Italy and West Africa. "We look at vehicles in containers in Montreal and Halifax prior to them leaving, and this is where we capture the discrepancies. So we open a container, and find a car with a VIN number on the documentation which doesn't match what's inside. Toyotas are the top stolen vehicle, and the most common one that thieves are trying to get out of the country."

Stolen insurance cards are also used by criminal organizations to make false claims. "We've had cases where it looks like at the time when the vehicle was in for service the information or insurance pink card taken, without the owner's knowledge.

In addition, vehicle permits have been used for personal identity fraud. "We have seen cases where the person has the stolen ownership papers, and applies for new ownership. It's not common, but the name of the individual is now transferred. And then what they try and do is use that as an asset to either sell, or go get some other credit. So it could be the beginning of attempts on an identity theft," says Robertson.

If you haven't already done so, contact your insurance company and the Ministry of Transportation immediately.

Get a replacement permit, and check if any documentation has been ordered on your vehicle, such as a used vehicle information package or change of ownership.

To replace a vehicle permit in Ontario, you must visit a ServiceOntario Driver and Vehicle Licence Issuing Office, provide acceptable identification to verify your name, date of birth and signature, and pay a $10 fee.

You must be able to produce your vehicle permit and proof of insurance upon demand by law enforcement. In Ontario, as per the Highway Traffic Act, either the original or a copy of the vehicle permit must be carried.

"Carry" means the permit must be on you and available to produce to a police officer if you are stopped. Rather than the glove compartment, a copy of this document could be kept in your wallet, along with your insurance card.

The nerve of that driver: there's no room for remorse on our roads
March 27, 2013 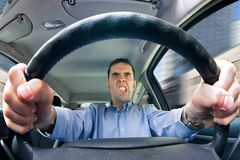 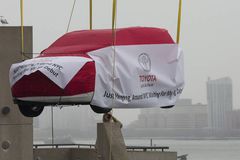 Canadians will soon have more diesel options in dealerships
March 26, 2013 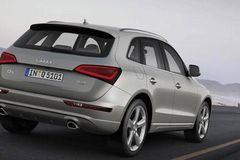