With the state of Florida recently getting all snarky and announcing it would require foreigners to have an International Driving Permit when driving there, Canucks were understandably upset. Some even exhaled loudly and used the word "darn."

Actually, Florida was wrong, and the law is being repealed.

The IDP is like a passport for the road. In Canada, you take your valid driver's licence to a local CAA office, hand over 25 bucks and a passport photo, and get an incredibly unofficial-looking document that says you hold a Canadian licence.

The idea is that for drivers travelling in a foreign country, it is a recognizable world standard (the United Nations made everyone vote on it in 1949). They expire after one year; mine was filled out with a ballpoint pen.

The IDP is essentially pages of translations and a list of countries where it is accepted. About 70 countries have opted out of requiring visitors to need one; they recognize your original licence as valid in their country. Yes, the United States and Canada have such an agreement. No, nobody bothered to tell Florida.

If you travel to many countries with the intention of driving, as my colleagues and I do, you would think we'd be well versed in this form of identification. Not really. My IDP is dated 2007, and I was asked exactly once – on a press trip to Argentina – to acquire one. That annual expiration is a pain.

A recent press trip held in Spain by Mercedes drove home the lesson. Spain isn't one of those 70 countries, and reportedly 18 American journalists were detained for a couple of hours by Spanish police, not one of them holding an IDP. Worse still, the six Mercedes-Benz E63 AMGs ($100,000 a pop) they were driving were also impounded. Journalists were sprung that afternoon; not so the cars.

I'd point and laugh, but I've driven in Spain. With Mercedes. Without an IDP. Most of us can expect to see the IDP requirement start appearing on our "what to pack" lists again, I'm sure.

These examples point out something we overlook to our detriment: driving in other countries isn't the same as driving at home. We give great forethought and consideration to what the temperature will be and whether breakfast is included at the hotel, but rules of the road often get short shrift.

There are admittedly warnings for countries that are less likely to be on your top 10 list: visitors driving in Afghanistan are warned the country has five- to seven-million land mines throughout the countryside and rural roads.

But travellers to more popular destinations face figurative land mines of their own. Many popular countries are populated with rental fleets that overwhelmingly have standard transmissions; if you haven't reserved your automatic by now for the coming summer in most European or South American countries, good luck. You may have checked which side of the road you'll be driving on, but add in the ballet of shifting with your left hand.

Until 2003, you couldn't turn right on a red light in Quebec, but now you can, except on the Island of Montreal, or except if there is a sign prohibiting it. Got that? The right-on-red thing should be checked before you leave home – in New York City, it's a no-no, but in other major centres, it's fine.

Old driving habits die hard, and if you're also driving a strange vehicle in a new place, you will be processing even more information than usual.

In Canada, you may be used to dining out, maybe having a glass of wine and heading home. I wouldn't bother doing that if you're driving in the Czech Republic, Hungary, Russia, Nepal or Romania. They have zero tolerance laws on alcohol, and the accepted blood alcohol level is a non-debatable 0.0 per cent. Sweden, Norway, Poland, and Estonia are willing to bend all the way to 0.02 per cent; Sweden takes the issue so seriously, a conviction can land you in jail for six months. It doesn't want you or anyone else dying on its roads; remember, Swedes invented Volvos.

If these laws are too uptight for you, you can always stick to Ethiopia, Indonesia or the Congo, where there is no limit. Come to think of it, even if you're not the driver, that's good information to have.

Stateside, there are seven American states that allow you to have a traveller – an open container of alcohol in the car. Rhode Island, Delaware, Virginia, West Virginia, Missouri, Mississippi and Arkansas all permit opened booze, though only Mississippi allows the driver to partake as he or she drives. Why? Because the state feels confident that the driver can monitor their inebriation to keep it under the acceptable 0.08 per cent BAC. Louisiana has lots of daiquiri drive-thrus – they skirt the open container law by taping over the hole where the straw goes. Verily, the South shall rise again.

While it's a (stubborn) myth that drinking and driving in El Salvador will get you shot by a firing squad on the side of the road, it's a good reminder to check ahead with reliable sources.

Correction: The legal blood alcohol level in Sweden, Norway, Poland, and Estonia is 0.02, not 0.2, as stated in an earlier version of this story.

How to keep deer from becoming four-legged hood ornaments this spring
March 20, 2013 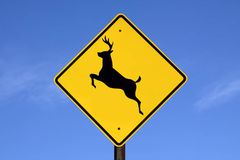 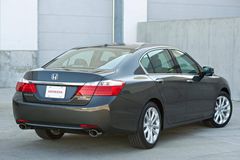 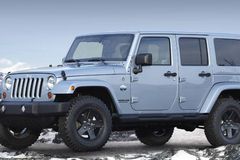 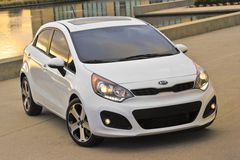 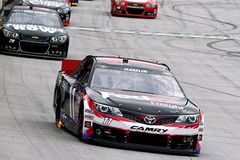