When I was a little boy, I imagined my 30s as an automotive golden age: I'd have a good job, a garage filled with shining tools, and a cool sports car - a Porsche 911 with race suspension, maybe, or a Shelby 427 Cobra.

But as I turned 33, I found myself gripped in the iron jaws of adult reality: My wife and I lived in a high-rise apartment with our infant daughter, and I didn't have a Porsche or a Shelby. Instead, we had a four-year-old Volkswagen Jetta with a reliability record that approached Lindsay Lohan's - the first of its many breakdowns took place exactly one year and one day after we bought it. (The warranty was one year.)

We bought the Jetta for its looks and driving qualities. Mistake. Now it was time for a new car - and this time, I would be choosing with my head, not my heart. I studied warranty terms and reliability data, and decided that I would choose a car based on statistics, even if I didn't like it. A few candidates emerged. We decided on a four-door Honda Civic - top reliability ratings, five year warranty, $12,800 including tax.

But when it comes to cars, reason only goes so far. When I picked up the Civic from the dealer, I felt like an Indian groom meeting a reliable but unsexy bride chosen by his parents. I gritted my teeth and wrote the cheque.

I didn't love the Civic. Or so I thought. Little did I know that I was on the threshold of a 14-year relationship that would teach me enduring lessons about logic, engineering, and the ever-changing car industry. The Civic would be the best vehicle I ever owned.

Despite my experience with the Jetta, I still had a thing for German cars. In my early 20s, I worked as a VW and Porsche mechanic, and spent my spare time turning my personal Beetle into a poor-man's Porsche, with a modified engine, disc brakes, and lowered suspension.

Back then, in the 1970s, Japanese cars struck me as cheap knockoffs. But things were changing, both in Japan and in Germany. Our 1984 Jetta was a VW in name alone - it had been built in Mexico, and the quality was nothing like the German-manufactured machines I'd worked on - I spent nearly $3,000 on parts and repairs in a single year, and the Jetta left us stranded three times.

My father, one of the smartest men I ever knew, loved German cars, but switched to Honda in the early '80s (his dream car was a Porsche 911, but he couldn't afford it). I ignored my dad's warnings about the Jetta. I liked its look, and the mechanical heft of steering and gearshift, which spoke of German craftsmanship and engineering. But as I quickly learned, those carefully calculated selling points masked deeply substandard build quality - flaky electrics, buzzing interior panels, and axle joints that self-destructed in 24 months. Now I was ready to listen to my dad and try Japanese.

After the Jetta, the Civic seemed tinny. It weighed just 2,100 pounds, and had a 1.5-litre motor, barely larger than some motorcycle engines. The doors felt like they were made from Styrofoam. But as I studied it, I realized the Civic was a deceptively sophisticated vehicle. The suspension used unequal-length A-arms, like a race car, and the engine had dual overhead camshafts and four valves per cylinder - pretty high tech.

The engine worried me - it was a racing-style unit, spinning away beneath the Civic's hood like the heart of a meth-tweaked squirrel. I figured it would never last. But I was wrong. The little motor endured stop-and-go traffic without complaint, zinged up to redline when I was in a sporting mood, and ran for 14 years without missing a beat. And the body that had seemed so flimsy proved more than tough enough. We loaded our Civic with children and groceries, blasted it through snow banks, and drove it across North America.

I was a serious hang glider pilot back then, and the Civic shouldered my gliders without complaint. Most of my flying buddies had four-wheel drive trucks - when you spend your weekends driving to mountaintop launch ramps on logging roads, a truck makes sense. But my Civic did the job.

The Civic reminded me of my wife - brilliantly put together, astonishingly low maintenance, and inspiring in ways I had never imagined. It was a family vehicle that could take a curve better than many so-called sports cars. It was light but tough, and it demanded almost nothing: I changed the oil, put in new spark plugs occasionally, and kept driving. For seven years, nothing ever went wrong. Then, in 1995, the Civic suffered its first and only failure: it didn't start one morning. As it turned out, Honda had issued a recall for a faulty ignition system component. It paid for both the repair and the tow.

And with that, our Civic returned to perfect reliability. It took us to Georgia, New York City, and Nova Scotia. A friend borrowed it and drove it to New Orleans and back. Friends started taking note of our dependable little car. One sold his Chrysler minivan to buy a Civic exactly like mine. With three kids, it was pretty cramped, but his Chrysler had cost him more than $7,000 in repairs the year before.

The Japanese were conquering the North American car market. Our Civic was showing me why. Although it had initially struck me as under-built, the Civic was engineered like a Zero, the Japanese Second World War fighter that had so impressed its Allied opponents. The Zero carried nothing but what was needed for the mission. My Civic was the same.

As the Civic turned eight, brown rust spores were blooming in the fenders. By year 10, the sills were starting to rot out. I knew the Civic's days were numbered, but we kept going. By 2002, it was terminal - when I jacked up the Civic to put on the winter wheels, the jack pushed itself straight into the cancerous body.

The Civic was 14 years old and had about 220,000 hard kilometres on the clock. The core components were still good to go. But the body was done. I took off the plates and parked it in the alley, delaying the inevitable.

We had a new Honda now - a white Accord that looked like the Civic's big brother. It broke my heart to see our Civic sitting in the alley, slowly returning to the earth after its long run. For months, I avoided making a decision. Maybe I'd fix it up some day. But I knew I wouldn't.

Finally, I called a company that hauled away cars for scrap. When the truck arrived, I felt like I had taken Old Yeller out to the barn. How do you commemorate a piece of steel and plastic that becomes part of your life - and changes your perspective? As a young man, I judged a car on its zero-to-60 time, its looks, and its unique features. The Civic had shown me the true meaning of quality and value. I was humbled. I sat down with a spreadsheet and calculated the Civic's cost, including interest and maintenance - it came to just more than $82 a month.

If I had the money, I would have built a glass coffin for the Civic, and parked it in our back yard. But I couldn't afford it. I tore a page from my daughter's math notebook and wrote a letter, addressed to our Civic: "Thank you for everything," I wrote. "You are The Little Car That Could."

My wife and the kids signed the letter, and we put it in the Civic's glove compartment, along with the owner's manual and the bill of sale from 14 years before. The driver winched the Civic up on the flatbed. And then it was gone, off to be stripped of its parts, then crushed. The motor would probably live on for a while in another Civic. The body would be melted down to form new machines. In one form or another, The Little Car That Could would live on. That would have to be enough.

Our intrepid auto reporter loves cars (and planes, and hang gliders - and almost anything that moves fast) and he'll prove it to you on Facebook (No login required!)

Globe journalist’s son crashes $180,000 Porsche Take an expensive sports car, a curious teen and a garage door - and mix together to get one very embarrassed automotive writer 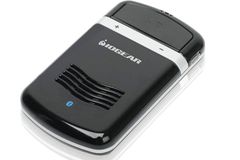 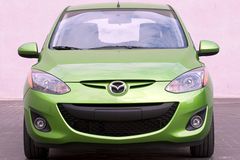