I saw a woman taking a selfie while she was driving in busy downtown traffic. Please tell me this is illegal. – Tim, Vancouver

Want to turn a hashtag into a toe tag?

A #drivingselfie takes your eyes off the road for at least as long as answering your cell phone, according to the Canadian Automobile Association. That's plenty of time to injure or kill yourself or someone else, and that doesn't include the time it takes to pick the right filter (suggestion: blood spattered?

"I played around with our online distracted driving simulator to find out how much you miss while taking a selfie while driving," Kristine D'Arbelles, CAA's public affairs manager, said in an e-mail. "Although we don't have selfie as an option (yet), the physical task of holding the phone and pushing one button is similar to answering your cell phone while driving."

Answering your phone (Picking up your phone from within easy reach, answering it and asking the caller if you can call them back when you're done driving) diverts your attention for 10.6 seconds or 191 metres at 65 km/hr – that's equal to the length of two intersections or 76 pedestrians, D'Arbelles says. That doesn't include the time you need to make sure your hair looks okay. It's dangerous and – at least according to Twitter and Instagram – popular.

While laws don't contain the word "selfie," taking one is illegal wherever you're not allowed to use a mobile device while driving. That's everywhere in Canada except Nunavut.

"It is an offence under the (B.C.) Motor Vehicle Act to use a mobile device while operating a vehicle, including while stopped on a public roadway," says Randy Fincham, a spokesman with the Vancouver Police Department. "This would include taking a selfie."

Fincham wasn't aware of any specific tickets issued by Vancouver police for taking a photo while driving, since it would fall under the general distracted driving law. "In the event of a collision, the driver could be issued the larger fine of driving without due care and attention, or in the event of injury or death of another person, criminal negligence," Fincham says.

In a poll of British drivers, one in 14 said they had taken a driving selfie.

I'm wondering about the legality of driving with an MP3 player. I use an FM transmitter connected to an MP3 player to listen through the stereo. While in my driveway I set the player on shuffle and place it on the far side of the passenger seat (I tried it in the passenger door pocket but the transmitter didn't work well from there). I don't touch it until I reach my destination or a rest stop. Volume is controlled through steering wheel buttons. Can I be charged with distracted driving? – Paul, North Bay, Ont.

Take your MP3 player off the passenger seat and you'll be sitting pretty, according to Ontario's Ministry of Transportation.

"(The device) must be secured in the vehicle so that it is not moving around while the vehicle is in motion," MTO spokesman Bob Nichols wrote in an email. "... In a cupholder, affixed to the dashboard in a holster or with velcro, but not left in the passenger seat."

Otherwise, you're allowed to listen to your MP3 player while driving as long as you don't have to physically hold or touch it.

"There is an exemption for audio devices that are completely integrated into the entertainment system controls of the vehicle (where) the device would be entirely operated using the same controls the driver uses for the radio and CD," Nichols says. "In this case, the device is inserted into a specially installed mounting device and actually wired into the entertainment system controls so that it would be operated through those controls and the actual device doesn't have to be touched."

If you can't control your playlist through the dashboard or steering wheel radio controls – for example, you're using the radio's auxiliary jack or an FM transmitter – you need to set your playlist before you start driving, Nichols says.

Touching the device to scroll through playlists is illegal while driving. It's also dangerous.

"The rule of thumb is just like the George Foreman grill: set it and forget it," says Karen Bowman, founder of Drop It And Drive. "I set the playlist on my iPhone, drop it in the cup holder and don't touch it again – every now and then something goes weird, but I don't worry about it until I'm off the road."

Correction: An earlier version of this story stated that a driver travels 19.1 metres while answering the phone. In fact, the distance would be 191 metres. 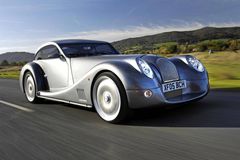 Despite the friction, Hamilton and Rosberg remain friends
May 12, 2018 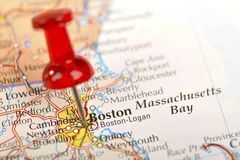 Finally, a truck hitch that makes it easier to climb into a pickup
May 12, 2018 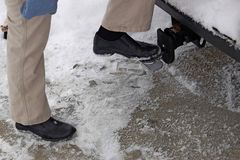 Spotted: Oddities on the road and a fun Lotus modification
June 19, 2017
Car Review
Sexy and stunning Jaguar is dressed to thrill
May 12, 2018 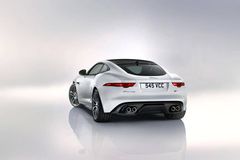