As torture devices go, you've got the rack, the Iron Maiden and the red-hot branding iron. Then there's the Caterham Seven, an English sports car that rolls all three devices into one.

The seats have all the plushness of cast iron. The cockpit is the tightest fit since you passed that rather large kidney stone. And the exposed exhaust pipe is located just inches from your hand, so you can give yourself a good searing whenever you feel like it.

So why would I want a Seven? Because it's the antidote to the luxury rides that are seducing all my friends.

The latest to succumb is Dan, who rolled up to our last meeting in a new Mercedes AMG 600. Dan had always been a Porsche 911 man. Now he was driving a pimped-out luxury barge with cushy suspension, massager seats and a power trunk lid (an item that I have always regarded as an automotive Rubicon - once you get a trunk that opens by itself, there is no turning back).

Dan took me for a spin. The road beneath us may as well have been a freshly vacuumed red carpet, so smooth was the ride, and I felt neither heat nor cold - the AMG's leather-lined interior was a perfectly modulated womb.

"I was tired of feeling every bump," Dan said.

I could see that yet another member of the hard-core fraternity had gone soft.

I remembered when Dan got his first Porsche 911 cabriolet - his eyes glowed as he described blasting through a set of curves, top down, flat out, his hair blown back like a man in a wind tunnel. Those days were over. Dan had cast his lot with luxury, thereby renouncing the hair-shirt automotive faith we had once shared. I felt like a monk encountering a former brother who had decamped for the Playboy mansion.

Call me crazy, but I still love hard cars.

Right now, there are about half a dozen vehicles on my wish list, and there isn't a rolling sofa among them.

The soft end of the scale is represented by the Porsche 911 GT3, which has a roof, a stereo system and windows that can be rolled up and down. Hardest of the lot is the Ariel Atom, a fiendish, tube-framed roadster that doesn't have body panels or a windshield. (A helmet is advisable lest you take a rock in the eye.)

The Atom weighs less than half as much as a Miata. There's no heater (how could there be, with no body?) and no doors. You climb in over the side, as if you were boarding a racing kayak. The Atom is lightning fast, the brakes are brilliant and it corners like a Formula car. You travel like a high-speed pony express rider: If it rains, you get wet. If it's cold, you freeze.

We all have our vision of what a car should be. I've always loved minimalism. Back in my twenties, I refused to buy cars with air conditioning, because it added weight and sapped power. Automatic transmissions were sacrilege. So were power windows. When I turned one of my Beetles into a poor-man's Porsche, I tore out the heating system to save weight. (I nearly froze to death, but performance mattered more than keeping my fingers and toes.)

Then I had an experience that softened me, at least slightly. I took a ride through the mountains of British Columbia with a woman in her MG Midget during a January snowstorm. The top was down. We wore parkas and ski hats. White snow crystals blasted past our heads like millions of shooting stars, and the heater was on full, blasting gusts of warm air around our feet. I decided then and there that a heater was an acceptable addition. And I have longed for a convertible ever since.

I still like cars that are pared and stripped to their essence, revealing the pure and beautiful machine beneath.

My favourites are sports cars like the Lotus Exige and Porsche Boxster Spyder (others may complain about the Spyder's manual convertible top and rigid carbon seats, but to me, those are key selling points). Yes, these cars ride hard, and no, there isn't much luggage space. But they're inspiring - hard seats be damned. The world would be a worse place if Michelangelo climbed down from the scaffold and announced that his back was killing him, and that the Sistine Chapel ceiling would have to be done in flat white latex instead of nymphs and angels. I may not be in my twenties any more, but I am still willing to suffer for my automotive art.

I understand why Dan got his AMG. It's a nice car. But I can't see myself in it. A car must conform to a personal vision - no matter how strange it might be. 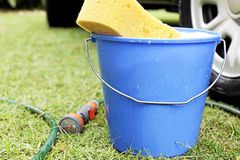 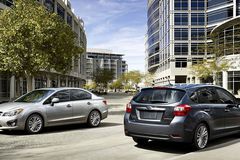 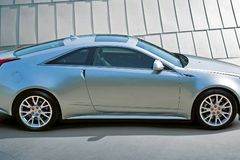 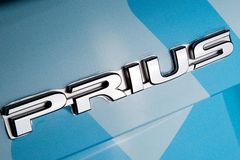 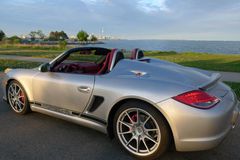