The Motorail is an electric motorcycle concept equipped with four inline in-wheel motors. It was designed to run inside a concrete track at speeds exceeding 350 mph. It can also ride on normal roads and highways with its built-in gyroscopic balancing system.

I was always fascinated by the Walt Disney Monorail system. It was sleek, futuristic, and it held the promise of an exciting future in urban mass transit. In the last few years, there has been a renewed interest in monorails.

Bombardier Transportation is currently building two Innovia Monorail systems: one for the city of Riyadh, Saudi Arabia, and one for Sao Paolo, Brazil. The inspiration for the Motorail comes in part from these projects. However, I wanted a hybrid system that would let users continue their voyage home at greater distances and higher speeds.

The Motorail is a two-passenger vehicle equipped with four inline wheels. Each of the four inline wheels is fitted with an electric motor similar to the ones developed by TM4 or Protean Electric. The vehicle is also equipped with side wheels that serve to keep the vehicle aligned when it's riding at high speeds on the Monorail concrete track. These side wheels could also deploy on the vehicle's side like the Peraves Monotracer.

The ideal target would be to reach a top speed of 350 mph (563 km/h) in the concrete track. This means you could commute to work in 10 minutes if your house were located 80 km away. Of course, this will depend on the aerodynamics of the vehicle and the motor's performance.

It might not be possible to reach those speeds today, but one day it will be. It's really exciting to have a superbike that can reach speeds of up to 200 mph (322 km/h), but it's not legal or safe to ride it this fast. But what if you could ride a faster machine in a safer environment?

The front steering system would be similar to the one used on the Bimota Tesi 3d (see video). A front spoiler would deploy at high speeds to increase downward force and traction. Of course, there are lots of other features, including a driverless system that would control the Motorail for you inside the track (to manage traffic securely), and a wireless battery-charging system.

This Motorail could ride like a motorcycle when it exits the track. You could park it in your garage (if you buy it), and or leave it to drive itself to another customer if you use the Motorail Sharing system (or a fractional ownership program).

There are a lot of questions that will arise for such a system. Maybe the top speeds are extremes. Maybe the vehicle could be less complex. But think about it, and let me know how you would improve it.

I would like to thank Xavier Gordillo who created the images of the Motorail concept. Xavier lives near Trebic, Czech Republic. He studied Car Design at Europe Design Institute (IED) and he works as a Freelance Industrial Designer.

The Hermes: Electric supercar would be fastest on the planet
April 1, 2014 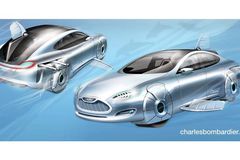 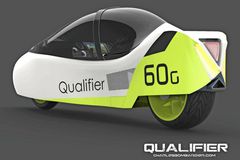 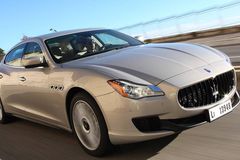 Would a Google Car have handled that irate driver better than me?
May 29, 2014 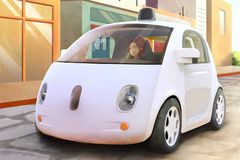 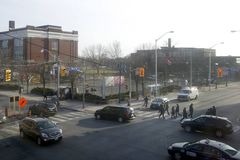 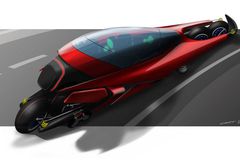