Excuse me, myth? Nope, you can't get out of a speeding ticket because the cop spelled your name wrong.

Canada has 13 sets of driving laws – and local bylaws – and that's not likely to change.

Reading through the laws themselves is a decent Canadian substitute for Ambien, but it doesn't always make the rules any clearer. That leaves for a lot of confusion and a few myths.

Here are a few rules, myths and other driving oddities that surprised us in 2016:

1. Yes, yellow speed limit signs aren't enforceable, but you could still get a ticket: Everywhere in Canada, yellow signs are just suggestions for safe speeds on curves and exits. You may not get a speeding ticket, but ignore them and you could get fined for careless driving or related charges.

"We cannot just close our eyes and say we can't do anything because these are just recommendations," said Sgt. Audrey-Anne Bilodeau, Sûreté du Québec spokesperson. "Even if there's no collision but he's driving dangerously for the road conditions, police officers can press charges."

2. If you flash your brights at me because my lights are off, we could both get a ticket: Well, at least technically. It's illegal to drive with lights off at night. And it's illegal to flash brights at other drivers, even if they're driving around with their daytime running lights on.

But, "if somebody is trying to warn another driver, we wouldn't give them a ticket," said Calgary Police Staff-Sgt. Paul Stacey.

But, if Transport Canada goes ahead with new plans requiring dashboards on new cars to stay dark when headlights are off, the dark ages may soon be over.

Getting blinded by high beams isn't just a Canadian problem – in China, drivers are resorting to disturbing rear window stickers that are only visible when lit by bright headlights.

3. Cyclists have to follow the same rules as motorists, mostly: Going through a stop sign will cost you the same whether you're on a CCM or in a BMW. But, in every province except Quebec, cyclists don't get demerits and offences don't show up on driving records. There are exceptions; in Ontario, cars must stay at least a metre from cyclists when passing. It doesn't apply to cyclists.

4. But, if you're pulled over on your bike, you don't need to show ID: However, you do need to identify yourself somehow. Or, police could detain you until they're convinced that you are who you say you are. But, they can only stop you in the first place if you've broken the law.

Bonus surprise? There's no rule against giving police the finger, although they could charge you with causing a disturbance – but only if other people are around.

5. No, drivers in funeral processions can't legally go through red lights: Drivers on their mourning commute have to follow the same rules as everyone else, even if it breaks up the procession – although police might overlook it. The exception: if the procession is being led by a police escort.

6. In Quebec, the stop sign law doesn't apply in mall parking lots, but…: In every province but Ontario and Quebec, the rules of the road apply on private property. In Ontario, none of them apply – you don't even need a licence to drive in a parking lot. In Quebec, some rules apply on private property and others, like the distracted driving law, don't. But, there's a provincial law against endangering human life or property that would apply, and you'd get $1,000 ticket for blazing through a stop sign at Provigo. And, in every province, you can be charged with dangerous driving under the Criminal Code, which is federal law, anywhere.

7. They really don't make 'em like they used to: "Roads should last 15-20 years with no cracking whatsoever – we're now seeing roads crack during the first winter before the warranty even starts," said Simon Hesp, a professor of chemical engineering at Queen's University. The cause? Hesp said companies add recycled engine oil, shingles and ground-up old pavement into new pavement to cut costs – and appear green.

"When you use old pavement to build a new road, it cannot last as long or as well," Hesp said.

8. Technically, airbags aren't required on Canadian cars – and you could get them turned off: Airbags have been required on all cars sold in the United States since 1998. There's no requirement in Canada, but cars sold here have them.

You can get an on/off switch installed. Technically, you're only supposed to consider this if a child under 12 will be sitting in the front seat or if your doctor has recommended it – but no proof of either is needed.

Still, you're safer in a crash with a front air bag than you are without one – even if you're driving with a Takata airbag that hasn't been replaced, Transport Canada said.

9. Your boss probably can't force you to pay for damage if you wrecked his car: You shouldn't have to pay out of pocket for your screw-ups on the job – even if one wrecks your boss's car.

"They can ask for it, but I don't think there's a legal mechanism in employment law where a company can say, 'You must repay us,'" said Anatoly Dvorkin, a Toronto employment lawyer.

Generally, if your boss lends you his vehicle, you'll be covered by his insurance, and his rates will take a hit. 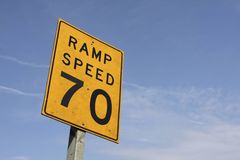 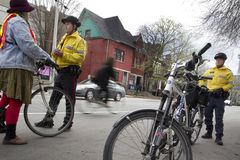