Driverless cars have been grabbing headlines for the past couple of years now. But the general widespread belief is that the technology is still a long way from becoming reality.

Not so, says Derek Kuhn.

That is just four years from now and that fact has enormous implications for transportation policy makers worldwide. "The technology is further along than the legislation, but the simple reality is this phenomenon's implications are as much societal as technological," says Kuhn.

Coincidentally, the day Kuhn was debriefing the AAMVA conference in Toronto, the British government announced new measures that would permit "driverless cars to take to our streets in less than six months."

A British government document released just prior to the announcement raised the question this phenomenon ultimately begs: Who will be in control of cars, streets and highways: man or machine? For British transportation regulators, the answer – in the interim – appears to be both.

"These cars will have a driver present, but are capable of driving fully independently," said British government official Vince Cable. "But for the time being, drivers will have the option of taking control of the vehicle themselves [should the need arise]."

For Kuhn, the driverless car is the end game of a trajectory the industry has been on for some time and he's well positioned to know. QNX's landmark operating system powers 14 million of the 20 million cars manufactured globally each year, and with computers increasingly taking over from humans in the control of the automobile, the pervasiveness of such technology is likely to expand – exponentially.

For Kuhn, the push toward the driverless car began with "piloted driving" – where technology embedded in the car functions as sort of a "guardian angel.

"The computers are driving along with you at the same time, so, case in point, if you are accelerating too fast, you're alerted on the dashboard," says Kuhn.

The advanced driver assistance systems (ADAS) installed by some car manufacturers are even subtler: If a driver accelerates too fast, it automatically makes a correction, or if a driver looks away from the road, the computer adjusts the wheel so it doesn't veer onto gravel.

"More or less all OEMs [i.e., car manufacturers] are working on systems where the car drives itself," says Kuhn. One organization that QNX collaborates closely with to create such technology is the Artificial Vision and Intelligent Systems Laboratory (Vis-Lab), at Italy's University of Parma.

In 2010, one of the lab's driverless vehicles, following a lead car, trekked 3,000 kilometres from Parma to Shanghai, China, without incident. In 2013, during the PROUD-Car Test, one of the lab's vehicles moved autonomously and safely on a mixed traffic route (rural, freeway, and urban) open to public traffic.

For Parma's autonomous driving engineers, the societal implications of their research is paradigm-shifting. Once this technology is sufficiently mature, they claim "human and goods mobility will change forever."

"Almost all automobile deaths are caused by human error," Kuhn says. "So think about this: Humans make driving decisions in a half-second, computers make them in milli-seconds.

"There will be autonomous driving within the next few years, for sure, but you won't see mass adoption until 2030," Kuhn says.

And ultimately, he says, it will happen because of a profound generational attitudinal shift toward driving. "Older people worry about losing control of the car, but younger people do not."

Car Review
What to buy? The rundown on nine mid-sized SUVs
August 7, 2014 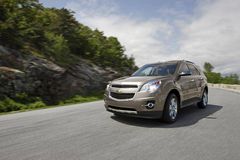 What Hyundai and Kia need to do to get more respect
August 7, 2014 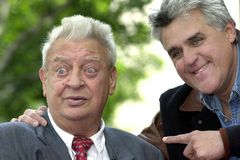 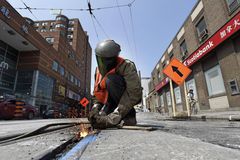 Fighting the urge to merge: drivers should take the path of least resistance
August 6, 2014 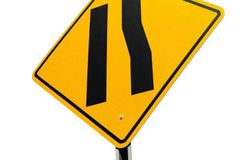 Formula One: How the Ecclestone bribery charges deal went down
August 6, 2014 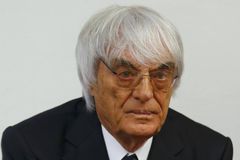