Most manufacturers that are building hybrids use small gasoline engines. Why don't they use diesels? That would seem to be a way to offer even better mileage. – Phil in Toronto

Yes it would seem so, but there are two big issues – cost and weight.

Diesel engines are more expensive to build than gasoline engines. The biggest cause of the added cost is the same reason they weigh more – diesels have to be more robust.

Because the principle of a diesel is squeezing the air/fuel mixture to the point where the compression creates enough heat to ignite the mixture, everything from pistons to the engine block and head must be stronger and thus weigh more.

The process of igniting fuel under such high pressure generates added levels of oxides of nitrogen (NOx). These must be addressed by treating exhaust gases with items like particulate filters, urea injection systems and advanced catalytic converters, all of which add to the expense and weight.

Diesel engines are most efficient at low rpm and under high pressure, where you would assume they could contribute in a hybrid application. The trouble is that these conditions result in even higher levels of NOx.

On top of this, the diesel fuel available in North America is inherently "dirtier" than that mandated and used in Europe, exacerbating the problem of meeting current and projected exhaust emission standards. To top it off, in most North American jurisdictions, diesel fuel is more expensive than gasoline.

It is difficult to make a case that the savings generated by using a diesel engine to burn less fuel would be offset by the added costs.

Daytime running lights, or DRLs as they are called, are in fact mandatory for every new vehicle sold in or imported into Canada.

What you are noticing is another area where individuals are making changes to equipment on their vehicles that contravenes the law and subsequently where law enforcement is noticeably absent. Granted, police do not have time for issues like this. However, this lack of enforcement encourages a few to break the law, putting the rest of us in danger.

DRLs are a proven safety factor. Statistics from several countries have shown the added awareness they bring has reduced the carnage on highways.

We all know that when you are driving down the road, especially in poor weather or other times of reduced visibility, you are able to identify oncoming traffic at a much greater distance thanks to DRLs.

Two-lane roads and oncoming traffic on the same piece of road are common where I live. I can't count the number of times I have pulled out to pass a slow vehicle, thought there was plenty of clear road, only to discover a vehicle with no DRLs in much closer proximity, creating a problem.

Most such vehicles are older models with no DRLs, but a few are modern and should have DRLs, but they have been disconnected or belong to tourists from the United States where they are not yet mandatory.

I can't think of any reason people would not want such a significant safety feature.

IndyCar spinning its wheels when it comes to leadership
May 11, 2018 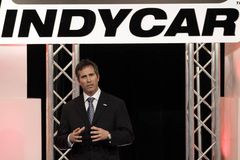 Car Review
The sedan for Honda Accord fans looking for bragging rights
May 11, 2018 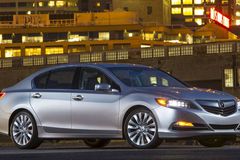 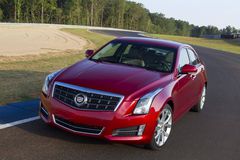 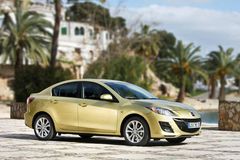