When I was 15 years old, a friend showed me how to steal a car. He wasn't your typical car thief - his parents owned an engineering firm, and he had all the toys he wanted, from Rossignol slalom skis to a hydroplane racing boat. But his mom and dad were away for the weekend, and their brand-new Mercury Cougar was sitting in the garage.

My friend showed me a new acquisition - a little metal box with wires coming out of it. It looked like something a Baghdad IED-maker would come up with. He popped open the Cougar's hood, and connected the wires to the Cougar's ignition system. Minutes later, we were cruising through downtown Ottawa.

A few weeks later, my friend showed me how to hotwire a Volkswagen. It took less than a minute. He fished out three wires that led to the ignition switch and lashed two of them two together with a rubber band. The dash lights came on. He touched the third wire to the other two. The engine roared to life.

Before long, my friend was stealing cars at least twice a week, a late-night spree that eventually landed him a brief stretch in reform school. A few months later, I moved to Europe with my parents and forgot about the world of car theft.

Not long ago, I was reintroduced. A hockey dad friend who lives in Leaside, an upscale Toronto neighbourhood, had awoken to an empty driveway - his Porsche Cayenne and GM Yukon were gone. Eight of his neighbours' cars were also missing. His tree-lined street had become a midnight auto mall for a gang of professional thieves. None of the cars were ever seen again. A police investigator told me they were probably in the hold of a ship, on their way to Russia or China.

Gone are the days when an amateur like my friend in Ottawa could hotwire a car and make off for an evening joyride. Car thieves have faced an escalating series of technological countermeasures. By the late 1970s, for example, steering locks were virtually standard - thieves defeated them by extracting the lock with a slide-hammer, a tool originally designed to pull out dented body panels. Then came the age of digital security. Today, every car on the market is equipped with an immobilizer that makes it virtually impossible to steal unless you have the key, which transmits an encoded signal to the car.

These defences have produced a new brand of car thief that specializes in getting your key. Some break into your house. Others pickpocket you to get your ID, then pay a forger to produce counterfeit identification that's used to buy a key at a dealership. Then there's the "key switch" trick, which gets played at repair shops and valet-parking services - the attendant takes your valet key, then hands you back a fake one. That night, or maybe the next, your car disappears.

The changing nature of car theft has shaken the insurance industry, which is waging a new kind of battle against thieves - in the halls of Parliament. Last week, the Insurance Bureau of Canada made an impassioned presentation to the Senate, pushing it to approve Bill S-9, which would introduce tough new penalties for car theft.

"Thieves having been getting away with it for a long time," says IBC spokesman Rick Dubin. "Stealing cars is a low-risk, high-return activity. That has to change."

If you hold up a bank or a corner store, you're virtually guaranteed a jail term. But according to the IBC, car theft rarely results in incarceration, even for repeat offenders. And it's a profitable business. Pros specialize in high-end vehicles that are shipped overseas to be sold for top dollar.

"Some of these guys are making a fortune," says Dubin.

Federal justice minister Rob Nicholson has estimated that car theft costs Canadians $1-billion a year. And the changing nature of car theft is reflected in statistics. Between 2007 and 2008, the number of vehicles stolen fell by about 15 per cent - but so did the number of cars that were recovered. Back in the 1960s, between 80 and 90 per cent of all stolen cars were recovered. By 2007, the number had fallen to 63 per cent.

"It's not like the old days, when you were dealing with joy riders," Dubin says. "Now it's pros. They steal your car, load it on a ship, and it's gone."

If passed, Bill S-9 would mandate new penalties for car thieves, including a minimum six-month jail term for someone convicted of a third offence. It would also make it a criminal offence to alter or change a car's Vehicle Identification Number (VIN). Dubin believes that legislative change is critical.

"Car thieves are getting away with murder," he says. "That's why they keep doing it. Why wouldn't they."

I thought about Dubin last week as I drove a series of expensive test cars. One of them was worth more than $200,000 with tax. I kept it in a locked garage with a monitored alarm system. The car was equipped with the latest anti-theft technology, including an immobilizer that is virtually impossible to defeat. But I also knew that this car was a thief magnet, and that there was an excellent chance that some criminal entrepreneur was working on the acquisition of a key.

And why not? The car would probably yield at least $100,000 on the black market. If he was caught, the thief would run little risk of serious jail time. Sounds like a good business to me.

The days when my teenage thief friend could steal a car using nothing more than a screwdriver and a rubber band are history. Engineers defeated the likes of him long ago. Unless you're stupid enough to leave the keys in it, or leave it running in your driveway, there is almost no chance that an amateur will make off with a modern car. But the pros are different, and dealing with them calls for tough legislation. In the war on car theft, government is the final frontier. 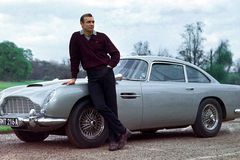 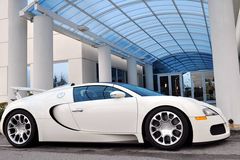 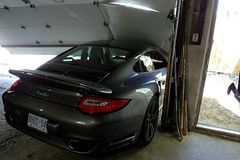 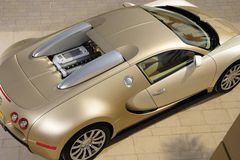 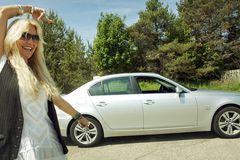