What happens to cars that don't sell by the end of the year? Do they get sent back to the manufacturer? Do they auction them off or sell them for scrap? – Daniel

Once new cars leave the factory, they belong to the dealer – and dealers usually have no choice but to keep them until they sell, experts say.

"New vehicles stay until they're sold," says Automobile Protection Association (APA) president George Iny. "Occasionally, they can be put into service at the dealership as an employee vehicle or service loaner, especially if this qualifies them for a clearance rebate from the auto maker."

A quick refresher in how dealerships work: Dealerships are franchises. They buy cars from the manufacturer and then, ideally, sell them at a profit.

Dealers take out loans to pay for all the vehicles they buy from the factory. Even though unsold cars are the dealer's problem, auto makers don't entirely wash their hands of dealerships. They help dealers by advertising and offering customers incentives and special financing.

"It's in the manufacturers' best interest for the dealership to sell their vehicles quickly, so they give incentives, say $3000 cash back or zero per cent financing," says Radek Garbowski, COO of Unhaggle. "And the financing is usually through the manufacturer, for example, Toyota Financial Services, so the manufacturer makes money that way."

Once cars have sat too long, the manufacturer may give the dealer a clearance rebate, Garbowski says.

"It's basically a payout directly to the dealer, it's not advertised openly to the public," says Garbowski. "They'll give the dealer $3000, for example, but then that car is ineligible for special rebates and financing."

Back to your question. If cars don't get sold, the manufacturer won't take them back.

"The exception is lease returns. The ones the dealer doesn't want return to the auto maker and are resold at auction," says the APA's Iny.

Dealers might trade slow-selling cars to a dealer in another market where that vehicle's in demand, says Iny.

Unhaggle's Garbowski says dealers aren't likely to sell cars at auction as that would mean forking over part of the sales price to an auction house.

"And they'd lose money if they sold a car for parts," he says.

To get rid of cars, dealers have to price cars to sell. Iny says unsold cars are a big problem for dealers.

"Especially when the dealer was forced to take a bunch of unpopular vehicles or the wrong colour and wrong options by the auto maker," Iny says. "It's one way auto makers punish dealers who complain."

A good deal for consumers?

Generally, car makers want to get rid of inventory so older models aren't competing with new stock (the exceptions tend to be specialty vehicles, like some hybrids, that sell slowly).

"August and September is an excellent time to be looking for cash rebates," Iny says. "For example, Hyundai is offering a very attractive cash rebate on the 2014 Accent to compete with the new 2015 (Nissan) Micra."

If you do wait until the end of a model year, you might not get the colour or options you want. But Iny says a car that's been sitting outside for a year is "rarely a bargain."

"The brakes have rusted and the battery's dead and should be replaced before sale," he says. "It may be better to buy a clean one-year-old used car." 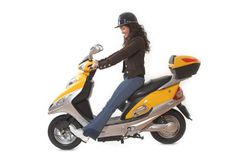 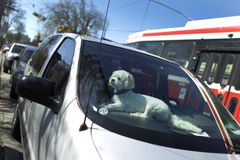 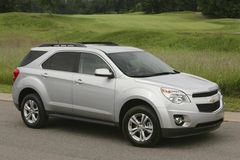 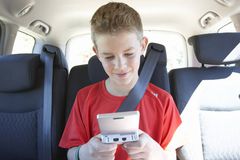 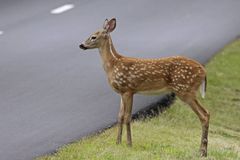