A friend got a large speeding ticket in the mail that is not his. In fact, it was his brother who got the ticket. He did not have a valid driver's licence, so he lied to the police officer. He had no proof he was who he said he was, but the officer just took his word for it. His brother admitted it but won't take the blame. What should my friend do? – Nicole, Winnipeg

You're not your brother's keeper, but you could end up with his ticket. And brother, can you spare $442.75 for going 20 kilometres an hour over the limit?

"Often times, what happens is, brothers may look similar, they may have similar height and they may have similar weight," said Rodney Bolianaz, a retired Winnipeg police officer who runs Radar Rodney traffic-ticket services. "And even if police ask date of birth and address, your brother will probably know the answers."

When police across Canada are writing you a ticket, they are supposed to be sure that you are, well, you. That's why that photo is on your driver's licence.

But if you don't have your licence on you – or if police think the photo might not be you – they'll start asking more detailed questions.

"If there's any question of who they are, there'd be more questioning," said Inspector Gord Spado, with Winnipeg police's traffic division. "How many tickets have you had? Have you ever been a victim of a crime? And we'd compare that to the data we have in our network."

Photos not always on radar

But can't police just pull up your driver's licence photo and compare you to it?

Not always. While some provinces, including Ontario and Quebec, let police see driver's licence photos on their computers, others, such as British Columbia and Manitoba, don't.

"Not in Winnipeg – no, we can't see them," Spado said. "But we can see a photo if you have a criminal record."

But even with a mug shot, impersonations can happen. So police might have to get creative in trying to figure out who you are.

"I've done it before with tattoos. I know one guy who looked at a guy's fingerprints and compared the swirls – because you can get that information from the system," Spado said. Despite these efforts, sometimes police give a ticket to the wrong person. "Can mistakes be made? Sure," Spado said.

But police are supposed to give you a ticket in person, Spado said. That usually happens when they pull you over, but, in the case of a hit-and-run, a process server might bring it to your address.

"In Winnipeg, the only tickets we issue by mail are red-light camera and [photo-radar] tickets," Spado said. "With those, the owner of the vehicle gets the ticket – no matter who's driving."

So, if an imposter gives police your name, what can you do?

"There's never a straightforward way of dealing with it," said Alex Steigerwald, a Winnipeg criminal lawyer.

You could go to police and try to that explain it wasn't you – but that could backfire, he said.

"You could end up being interrogated yourself," Steigerwald said. "If they don't believe you, you might end up being accused of lying to the police."

Even if police do believe you, you'd have to be ready to rat out your imposter, Bolianaz said.

"He would actually have to make a criminal complaint against his brother," Bolianaz said. "If he's not willing to, then he may be up the creek."

So, what could the imposter be charged with? Possible charges could include impersonation and public mischief under the Criminal Code of Canada.

While both charges can come with jail time, that's "unusual" in a case like this, Spado said.

But, generally, police don't take these sorts of complaints at all. Instead, they let the court figure it out, Spado said.

"So, someone has to go to court and say, 'It wasn't me, it was my brother,' and the officer would have to attend and say how he identified that person," Spado said.

And, often, a case like yours – in which police weren't shown a driver's licence – might not make it to trial at all, Bolianaz said.

"I can go to the Crown attorney and say, 'This guy never produced a driver's licence, so there's no point in going to court," Bolianaz said.

The way to handle an imposter's ticket varies across Canada. For instance, in British Columbia, you can file a request to investigate a ticket and it will be sent to the officer who issued it, Vancouver police said.

Hiring a lawyer could cost you $1,000, Steigerwald said. Bolianaz said he typically charges the cost of the ticket – if he gets it thrown out. Figuring out whether it's worth fighting depends on what you have to lose.

The rating goes up every year that you don't have an at-fault insurance claim or a traffic conviction. The better the rating, the less you pay.

"Depending on the speed of the infraction, the driver will be assessed demerits which will move them down on their driver safety rating," said Brian Smiley, spokesman for Manitoba Public Insurance, in an e-mail.

While photo radar and red-light camera tickets don't go on your record or affect your rating, other traffic tickets do.

Plus, if you've had previous convictions or at-fault collisions, another ticket could put you closer to a licence suspension.

In provinces without public insurance, insurance companies can use speeding tickets or anything else on your record to raise your rates.

"The conviction will extend to your driving record and could result in an increase in insurance rates which could last for years," said Constable Clint Stibbe, with Toronto police traffic services.

If someone you know has gotten away with impersonating you, they'll probably try again. Because of that risk, it's smart to report them to police – even if you do it anonymously through Crime Stoppers, Stibbe said.

"Chances are, if your brother got away with it once, he will continue to use your identification," Stibbe said. "You'll continue to suffer through monetary and licensing penalties."

Is the left lane just reserved for passing?
February 19, 2018 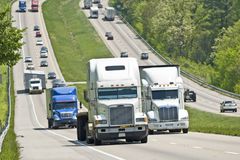 Do I need a licence plate renewal sticker on my paper permit?
February 12, 2018 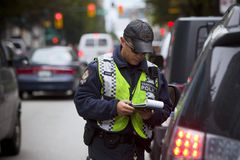 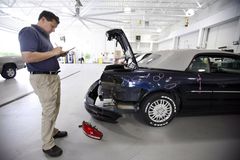