So far this summer there has been a two-year old who died after being left in a parked car for hours and another child who had to be rushed to hospital after her mother left her in the car while she did her grocery shopping. Other than reporting it, how much can I legally do without making too much trouble for myself? Do I call 911 and wait? Perhaps ask them what I should do? Call 911 let them know and tell them I'm going to smash a window? I'd hate to wait and have a child or pet die and I'd break a window if all else failed, but what are the legal and financial consequences? -- Robert

Elli McEvoy wouldn't hesitate to break a car window if she saw an unattended child inside – but she's a cop.

"If I was off duty, I'd more than likely get the kid out, but I've got the badge behind me," says McEvoy, an Edmonton police sergeant who arrested a woman for child abandonment in May for leaving her two-year-old sleeping alone inside the car for 49 minutes in a Costco parking lot. "The problem you run into is that you never know what kind of person the owner is – some can be extremely hostile and you could be assaulted – so I'd say to call 911 first."

Toronto Emergency Medical Services, Ontario Provincial Police and Edmonton, Toronto and Vancouver police all say to call 911 when you see a child alone in a car. If that's not possible, use your judgement. If the child is in obvious distress, get them out of the car and to somewhere cool and safe, and worry about the consequences later.

"The first step is to call 911, explain exactly what is happening and do what they tell you – they might tell you to break the window," says Toronto EMS spokesperson Kim McKinnon. "If you can't call 911, get them out of the car as quickly as possible."

On a hot day, the inside temperature of a car can get higher than 50 C in minutes. To prove this earlier this month, Toronto Police Detective Jeff Bangild baked cookies in his car.

It's never safe for children, pets or elderly people to stay alone in a car for any length of time, even when the windows are down – and even when the outside temperature is well below 30 C.

Rollins says kids should never be unattended in cars, period, regardless of the weather – children get strangled by seat belts and power windows.

"Cars need to be locked at all times and kids can't have access to keys or remotes," Rollins says.

The three-year-old girl who died of heat stroke in Edmonton this month wasn't left in the car, police say. She climbed into the family's unlocked SUV on her own.

"It is important for people to understand that just a couple minutes can be the difference between life and death for a child trapped inside a hot vehicle," Rollins says,

To get a child out of a car in an emergency, realize that breaking a car window is a lot messier than it looks on TV, says OPP Sgt. Pierre Chamberland.

"There can be a lot of shattered glass, and you don't want to injure a child," says Chamberland, who repeats that the first step is to call 911, if possible. "You want to break the window furthest from the child, so, say, the front passenger window if the child's on the back driver's side."

Could there be charges for breaking a window? Theoretically. But no one we spoke with heard of someone ever getting charged for freeing a child from a hot car. All the provinces except New Brunswick and Nunavut have Good Samaritan laws.

"If that person is acting in good faith with no criminal intent, (he) would not be held responsible for the broken window," says Vancouver Police Const. Brian Montague in an email.

As for the financial consequences, the cost of a window is likely less than the owner's insurance deductible, says Pete Karageorgos with the Insurance Bureau of Canada.

"If I left my kids or my cat in the car and you broke the window to get them out and I don't have comprehensive coverage, I could take it to court." Karageorgos says. "Will the judge side with the good samaritan or with the guy who left the precious cargo inside his car? You tell me." 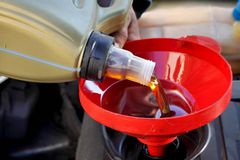 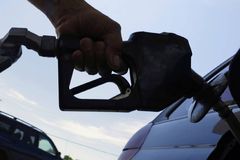 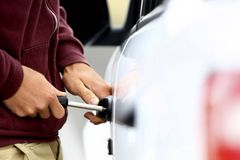 What should you do when you see funeral procession on the road?
July 17, 2013 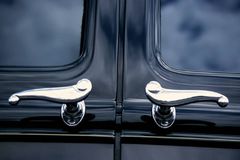 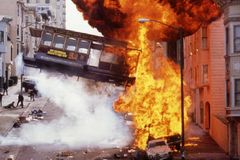 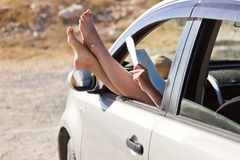