When cruising along the highway, there is a large discrepancy (6 to 7 per cent) between the speedometer on my car and the readings given out by my GPS system. Which is more accurate?

The art of the deal: courting high-end car buyers From days at the track to fine dining, the seduction of wealthy customers is a vital play for luxury auto makers

When the police measure the readings by radar, would they be closer to a GPS reading or should I stick to the reading on my speedometer? Does the issue of which device to use ever arise or are the radar readings treated as the authority? - Alan in Ottawa

Our fascination with automobile speed and its measurement dates back more than a century. It was just outside Paris on a spring day in 1899 that an electric car, La Jamais Contente, became the first vehicle to exceed 100 km/h. Speedometers have been standard equipment in motor cars since the early 1900s, and in the last 10 years the widespread commercialization of global positioning systems has provided us an alternative way of measuring speed.

"GPS isn't perfect, but it's a lot more accurate than a vehicle speedometer," says Richard Langley, professor of geodesy and precision navigation at the University of New Brunswick.

Ultimate fighter not defined by the car he drives Tough guy bashes his Scion prize ride: 'I'm just so manly that it doesn't matter'

"The accuracy of GPS does depend on certain factors, mainly that the receiver has to get reception from a large swath of sky. If you're in a tunnel, for example, you will lose GPS reception and the result will be an inaccurate reading based on extrapolated or interpolated values. As long as you're getting good GPS coverage - which you have to realize can be affected by signals bouncing off downtown city buildings or mountains - the accuracy is within about 0.2 of a kilometre per hour."

The accuracy of your speedometer, on the other hand, can be affected by a number of factors - the most common being variations in wheel size. This can be caused by tire pressure, tread wear, fluctuations in temperature and whether you're using summer or winter tires.

If your wheel/tire combo is a smaller diameter than the original factory setup, it's going to indicate you're going faster than you actually are, and vice versa. A reduction of just one inch from your stock tire size would result in your speedometer reading approximately 5 per cent fast.

Typically, speedometers display readings that are slightly high. "If you thought you were going at the speed limit but were actually exceeding it - that would open car manufacturers to lawsuits. From what I've seen in reports, over 95 per cent of vehicles read high a few kilometres per hour," Langley says.

Modern police speed guns use laser or radar. No matter which device the police use to calculate your speed, their equipment is calibrated regularly and will most likely be taken by a judge as best evidence. Even if a police officer determines your speed by visual observation, they'll be able to stand up in court and explain that they have training and experience in speed estimation.

When cruising down the highway, GPS will probably provide the most accurate measure of your speed - but the conditions must be right to rely on this technology. As one B.C. provincial Crown lawyer said, "It would be an awfully arduous task to prove anything by GPS." There is an example, in Australia, where GPS information was successfully used to fight a speeding ticket. Several Canadian lawyers I contacted, though, say they wouldn't want to stand behind a GPS reading in court.

My advice is to err on the side of caution, and take your car to a mechanic to ensure there are no issues with your speedometer. Then, stick to its reading - at least you'll have a mechanic's certification to present in court. 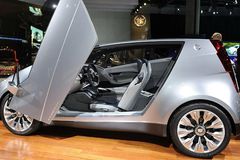 The art of the deal: courting high-end car buyers
November 17, 2010 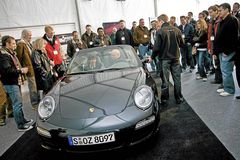 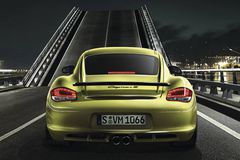