Most people remember John Steinbeck's great novel The Grapes of Wrath for its sociology. What I remember is the do-it-yourself car repairs – I loved the scene where the Joad family used a piece of tin can to fix a cracked rod bearing on the side of Route 66.

I knew the Joads' pain. But I also knew the deep sense of accomplishment and independence that comes from fixing something yourself. I grew up working on cars. Turning wrenches was a way of life, maybe even a religion. And now I see that faith gradually disappearing.

There are still amateur mechanics out there, but they're a dying breed. Part of it can be blamed on today's vehicles, which seem off-limits to anyone but a factory technician armed with costly computer diagnostic equipment. But there's more to it than that.

When I was a young man, most car buffs I knew were amateur mechanics. They read Road and Track and Hot Rod magazine, and prided themselves on doing their own tune-ups and oil changes. Some were masters who could rebuild motors, align pinion gears and reshape body panels with a hammer and acetylene torch.

Today, most performance buffs I hang out with do their work with a chequebook instead of their own hands. This reflects a broad societal shift toward specialization and outsourcing – you make money with your specific expertise, and hire experts for everything else.

I understand the logic, but that doesn't make me like it.

If you've ever read Robert M. Pirsig's classic work Zen and the Art of Motorcycle Maintenance, you'll understand that a vehicle is more than a means of getting from Point A to Point B. Pirsig looked into his machine in the same way that he looked into Plato's Phaedrus. He wasn't a professional mechanic, but Pirsig could do his own valve adjustments, and he understood the mysteries of internal combustion.

Times have changed. Not along ago, a young media executive suggested that I do a series of videos on automotive maintenance. I thought this was a great idea. Then she told me the first topic she wanted me to address: How to put in windshield-washer fluid.

Had it really come to this – a video on how to put in washer fluid? I remember a time when you would have been laughed out of the room for not knowing such a simple maintenance item. Now, it's to be expected. Those who can afford a car can pay others to deal with its needs, in the same way that they can hire a nanny for their kids.

I began learning car repair from my dad back in the 1960s. He taught me about tools, maintenance schedules and listening to machines for signs of trouble. He once stuck the metal blade of a long screwdriver against the engine of our Mercury as it ran, then told me to put my ear against the screwdriver's hard plastic handle. A faint grinding noise emerged against the cacophonous background, different and out of place.

"Cracked piston ring," my dad said. (He was right.)

In my teens and early twenties, do-it-yourself repair was my only option – I could barely afford parts, let alone the services of a professional mechanic. I bought most of my cars for a few hundred dollars, and I got what I paid for: rust, fried bearings and engines that consumed gasoline and oil in nearly equal quantities.

My cars and I had a close, deeply interdependent relationship – the only way I could keep them on the road was by divining their workings. I became a student of mechanics, hydraulics and wiring, with some metallurgy and pneumatics thrown in for good measure. I was like Leonardo da Vinci (minus the powerful mind and artistic talent), engrossed in a thrilling world of engineering and mechanics.

There was a brutal learning curve. I made so many mistakes that I lost count, and considered a cold concrete floor the height of luxury (many of my repairs were carried out in a dirt driveway). My learning was done the hard way. Since the Internet was decades in the future, I couldn't Google a mechanical diagnosis or learn a repair procedure on YouTube. Instead, I learned through word of mouth and Clymer repair manuals that were soon stained with grease, sweat and the blood of my broken knuckles.

I always tried to start my repairs on a Friday night, since that would give me the longest possible time window before Monday morning, when I had to drive my car to work. My tools were rudimentary – a cheap socket set, some combination wrenches and a set of vise-grip pliers. I kept then in an inherited tackle box that smelled like trout and river water. Other essentials included a collection of rags, a can of penetrating oil, and a borrowed car that I could use to pick up parts. The parts-runner car could also serve double duty as Monday-morning emergency transportation in case my repairs failed. (Which they often did.)

My repair sessions weren't always fun. But they were filled with education and inspiration. I never forgot my first master-cylinder rebuild, and the way the brake pedal suddenly firmed up and actually stopped the car. Neil Armstrong's first step onto the surface of the moon may have been a bigger public event, but my successful master cylinder repair was a personal watershed.

Car repair also taught responsibility – screwing up a steering or brake fix could kill you. Even the repair process itself involved perils that had to be managed through good planning. You never welded a gas tank without draining and venting it, for example. And no matter how poor you might be, you had to invest in a set of decent jack stands. (This point was driven home in memorable fashion when a distant acquaintance died under his Pontiac when it toppled off the cinder blocks he'd propped it on during a driveshaft replacement.)

My car repair career peaked in my mid-twenties, when I apprenticed as a mechanic in a Porsche-VW shop. By the time I quit to go back to university, I was a car-repair pro. Then came a new phase – working at a big newspaper, raising kids and renovating an old house. I gradually drifted into the life of the non-mechanic, dropping my car off at the dealer like everyone else. I didn't even wash my own car. Instead, I ran it through the automated wash.

And then one day I realized that all of this was wrong for me. I got out my tools and did an oil change and a tune-up. I taught my son how to swap the summer tires for the winter ones, applying a touch of grease to the lug nuts so they wouldn't seize onto the studs. As I worked, I noticed things that had escaped me. Water sloshed inside one of the doors – I unplugged a drain hole, and the problem was solved. The front tires were scuffing on the inside – time for an alignment.

As I worked, I thought of Pirsig, his motorcycle and the way of the world. In a conversation with his editor, Pirsig once said that his book was, as its title said, about Zen and motorcycle maintenance. But there was more to it than that: "It is also about the unification of spiritual feeling and technological thought," Pirsig told his editor.

I had one last bolt to cinch down on my car's cylinder head. I pulled on the wrench, waiting for the click that signified the correct torque.

Birds trilled in the tree outside my garage. The wrench clicked. I had balanced the forces, in more ways than I could know. 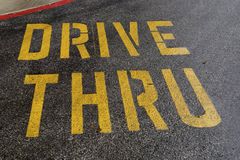 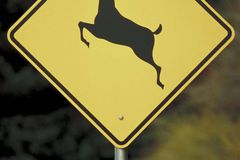 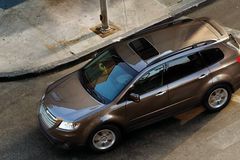 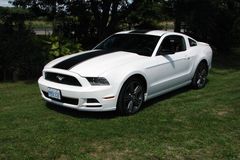 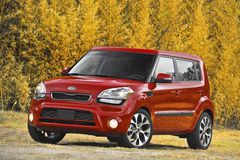