I drive a 2012 Kia Rio with about 12,000 kilometres on it. Everything has been fine until recently, when I started having trouble filling up the gas tank. The gas pump keeps stopping – every 30 seconds or so – while I'm trying to fill it. It makes for a long, frustrating fill. What is causing this? – Woodrow in Newcastle, Ont.

When I was a kid, "How does the gas pump know the tank is full?" ranked up there with the Caramilk secret on the list of life's great mysteries.

Luckily, it's not quite as complicated – no lasers or tiny cameras – as I'd envisioned, experts say.

"Gas pumps are very simple designs," said Patrick Brown-Harrison, and instructor at SAIT Polytechnic in Calgary. "Gas pump nozzles have a device in the end that when gasoline runs back up into it, it turns off the fuel flow."

There's a tiny hole near the bottom of the gas pump nozzle connected to a small tube.

Normally, air flows through that tube while you're filling and the gas keeps flowing as long as you hold down on the trigger. When that hole gets covered by gasoline (when your tank is full), a vacuum forms inside the nozzle and an automatic shutoff switch gets tripped, turning off the flow of gas with a thunk.

What does this have to do with your Rio? Gas is likely getting backed up somewhere between the filler neck and the gas tank.

Think of trying to pour wine back into a wine bottle – if you pour too quickly, the wine gets caught in the narrow neck.

So, gasoline rushes back up your car's fuel filler tube, toward you, instead of into the tank, hits that sensor hole on the nozzle and shuts off the pump before the tank is full.

"The filler neck and respective tubing will need to be inspected," Brown-Harrison says.

The neck or rubber hose to the tank could be partially collapsed or there could be something blocking the filler neck, Brown-Harrison says.

Another possibility? The gas could be backing up because of some kind of restriction in the evaporative emission control system (EVAP), which traps out gasoline vapours evaporating from the tank and keeps them from entering the atmosphere.

"If the vapours don't get out fast enough and too much fuel is going in during filling, the fuel could back up," says Willi Blum, a professor at the Automotive Business School of Canada at Georgian College in Barrie.

Or, if it always happens at the same gas station, the flow from the pump might be too fast – and again, the gas backs up and shuts off the nozzle, Blum says.

If the gas is especially foamy, it could shut the pump off early, said the Straight Dope's Cecil Adams in a 1981 explanation of how pumps shut off.Brown-Harrison thinks a problem with the EVAP in your Rio is unlikely, although the system can be damaged if gasoline, rather than just vapour, gets in. This can happen if you keep filling your tank after it's actually full, say to get the meter up to the next dollar.

"For a new vehicle with low mileage, it's a little early to expect an EVAP issue," he says.

Bottom line? Take your Rio in – it's still under warranty.

If the EVAC, designed for vapour, gets full of gasoline, you'll likely have bigger problems than just frustration at the pumps.

"It has become severe enough in some cases to cause catalytic converter failures," Brown-Harrison says.

Even though dad might have done it, It's a bad habit to top off your tank by repeatedly pressing the trigger after the nozzle shuts off the first time, Brown-Harrison says.

"Too many people fill the tank to meet their need, not the vehicle's need," says Brown-Harrison. "The advice has always been: fill as slowly as possible and the moment that the nozzle clicks off, stop filling. The tank is full."

Car Review
Ford’s homage to Harley is loud and loaded
May 8, 2018 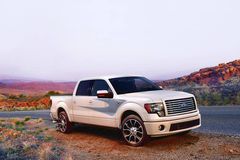 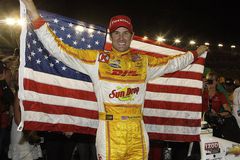 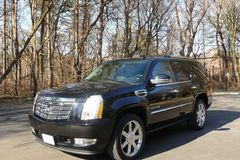 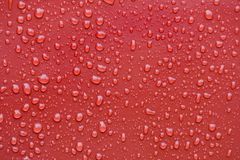 Car Review
Hard-hitting sports sedan not a comfortable ride
May 8, 2018 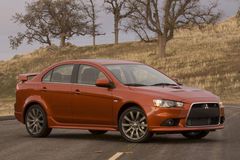 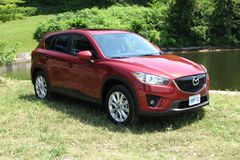