Our insurance is through the roof. It's gone up to $3,000, and our renewal date is the end of this month. My husband and I have each had recent fender-benders where we were at fault, though nothing major – each was in the neighbourhood of $1,000 in damage. We own a 2007 and a 2009 vehicle and have two teenage sons who are also now driving. Still, I can't believe it. I almost had a heart attack when I read the rate increase. Has the car insurance world gone crazy? I need advice! – Amy in Barrie, Ont.

A three-grand premium does sound a tad excessive. To understand what might be going on with your rate, I contacted auto insurance experts.

Unlike Saskatchewan, Manitoba and British Columbia, where auto insurance is provided by government agencies, you reside in a province with a range of providers. Each insurer will rate an individual differently. Checking with seven different companies will likely result in seven different quotes.

It pays to shop around to ensure that you're getting the best price; however, there are some common factors that will contribute to high premiums wherever you go.

Foremost is your driving record. Your recent at-fault "fender-benders" may not seem significant enough to justify a substantial rate hike, but an insurance company will view the situation differently – through the lens of future risk rather than current repair costs.

"It's one of the misconceptions that the price of your auto insurance policy has anything to do with the amount of the claim. Whether it's a $400 or $2,000 claim may not be as important to the insurance company as whether you may have bigger claims in the future," says Janine White, vice-president, marketplace, with Kanetix, an online service for comparing insurance quotes.

"It's more about whether you've had past claims, whether you were at fault, and it's not always linked to the price of the car or price to repair the car. If anything, the insurance rates are more to cover the really expensive things; when you get into an accident and there's rehabilitation required and bills that far outweigh what it would cost to fix or replace a car. What the auto insurance is really trying to protect you for are the legal and medical bills that accompany a really unfortunate accident."

In addition, at-fault accidents remain on your record for an average of six years. If you've had any other mishaps in this period, they'll be included in assessing your premium. The same applies for major traffic offenses such as excessive speeding. Again, different companies have different rules; with one company, just one ticket may impact your premium, and with others, it won't. However, with two or more tickets, a premium hike at renewal time is guaranteed no matter which one you choose.

Adding teenagers to your policy also causes a premium increase. Teen drivers haven't had time to establish a history on which to base clean-record discounts. Further, unlike Europe, where gender-based insurance premiums have been outlawed, teenage male drivers in Canada typically pay significantly more than females.

"Your postal code, or generally where you live, also plays a part in how much you pay for auto insurance," says White.

"Obviously there are provincial differences in rates, and that's often to do with how good the benefits are behind that policy. Ontario is known for having fairly high benefits paid for out of those policy dollars. But even within the provinces themselves, living in different areas will change how much you pay. If you're in Toronto and driving in Toronto traffic every day, that would be more of a risk than if you live in a rural area with less traffic."

Discounts are often available if your home, auto, and even life insurance policies are bundled together.

"What's not as well known is that often companies have discounts if you're in a certain professional group or alumni association, and special rates for people that graduate from a certain university or work for a certain company. Some also offer a discount if you put winter tires on your car, and sometimes there's even a roadside assistance discount. These range from 5-15 per cent off your overall premium. So, with each one, it's worth asking the question and understanding if there's an associated discount," says White.

The recent change to your policy – a couple of accidents and the addition of teen drivers – combined with any past accidents or tickets explains the increase. Still, you have freedom to shop around for the lowest available premium.

Send your car questions to Joanne Will at globedrive@globeandmail.com 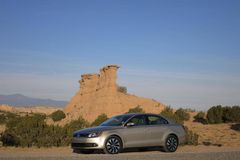 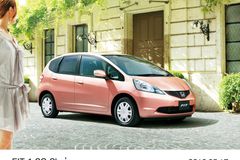 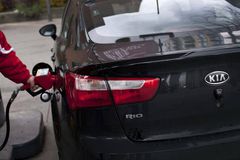 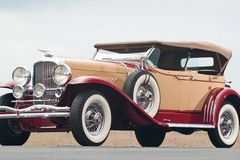