Because insurance rates are based on typical repair costs, replacement costs and overall safety etc., is it possible that insurance premiums are more for a technically more advanced green car which has additional parts around the wheels and in the engine compartment? - Don in Toronto

Insurance rates are based on the variables you mention above, and many others, such as your driving history, where you live, what your vehicle is used for and how many people use it, your deductible and how it ranks on the most stolen list.

"The cost of insurance is based on statistics built over time, which take into account cost of repair, frequency of claims, and severity of injuries," says Robin Joshua, director, corporate underwriting and risk management at CAA Insurance.

"Premiums charged for 'green' vehicles vary in the market place since there is not enough statistical evidence to support lower or higher premiums for such vehicles."

"Green" vehicles are gaining in popularity, but still they represent a small fraction of the total number of vehicles on Canadian roads. The insurers I contacted say the "green" vehicle insurance they offer is on-par, and in some cases even lower, than that for "non-green" vehicles. CAA Insurance offers a 5 per cent discount for owners of hybrid or electric vehicles in Ontario. TD Insurance offers the same in that province, and a 10 per cent discount across the rest of the country.

Insurers cite several reasons for their "green" discounts. The frequency of claims, which is used to justify rate reductions or increases for certain makes and models, is often lower for "green" vehicle types.

"When you look at statistics on hybrid vehicles, we don't have many of those vehicles involved in significant collisions," says Henry Blumenthal, vice-president and chief underwriter at TD Insurance.

Repair costs for "green' vehicles may be higher, but many insurers also report that the cost of claims for these vehicles does not outweigh their conventional counterparts.

"Repair costs for 'green' vehicles are slightly higher; however, overall statistics suggest there is little difference in the cost of claims incurred by 'green' vehicles compared to the same model 'non-green' vehicles," says CAA's Joshua. "It will take some time to gather enough statistical information to determine if such 'green' vehicle owners are better or worse risks than others; as a result currently there is great variance in the marketplace in pricing such risks."

TD's Blumenthal adds, "It's too soon to tell, and I'm speculating here, but everything indicates, and my observations on the road confirm, that in general people driving hybrid vehicles not only pay more attention to the environment, but they also seem to pay more attention to overall safety and security.

"Driving on the 401 from the airport to downtown or another location, I have yet to see a hybrid vehicle speeding along at 140 in the left-hand lane. At TD we support discounts for those cars, and I'm very comfortable with this - from an environmental standpoint, and also from a security and statistical standpoint."

"We want to give incentives because we do promote those type of vehicles. We're making significant investment in environmental protection, so we want to support this as a concept and be good corporate citizens through advancing green initiatives in Canada," says Blumenthal.

My advice is to shop around for an insurance company offering an incentive to drive green; you shouldn't be expecting to pay more for the premium. 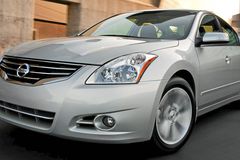 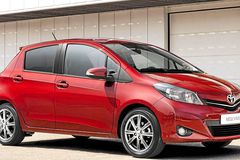 Car Review
Mini Cooper: Hip and fun - but overpriced and unreliable
May 3, 2018 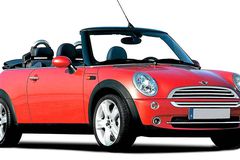 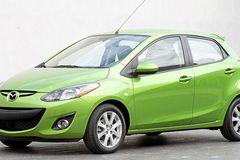 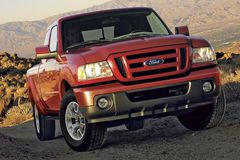 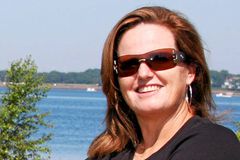