Winter storms have left snow piled over the curbs, and swinging temperatures are producing more runoff than the infrastructure can cope with. That nasty swill of water, salt and, in some cases, beet juice, means drivers and pedestrians alike are battling puddles.

The pedestrians are losing.

Cars splash through the puddles, pedestrians get soaked by the waves, their boots, leggings, pants and coats getting coated with muck. The situation this winter leave a question of driving etiquette: heading into a puddle with vulnerable pedestrians on the sidewalk,do they brake on slippery streets, in traffic, to spare the pedestrian, or plow through the puddles at full speed?

Asking around, I was told of passive-aggressive drivers, of distracted drivers texting away and oblivious to the plight of the sodden walker, but also of drivers causing chaos by slowing down too much and too unpredictably. For drivers, swerving and causing a crash is a no-go -- it's like squirrel math: nobody wants to hit a squirrel, but you don't hit another car to avoid a squirrel.

Some jurisdictions have laws in place to persuade drivers that courtesy is the way to go. In Saskatchewan, Regina and Saskatoon both have a bylaw to ticket the splasher. Saskatoon isn't messing around with the intentional soakers, either. In a news report, a staff sergeant there pondered if the charge might move it up to assault. Japan calls it 'mudding' and you'll be hit with a fine around $65. Essex police in England charged a man with soaking two school kids, and the case is going to court. The charge was careless driving, but the entire phrase of the law spells it out better: careless or inconsiderate driving.

In Toronto, though, it's all about etiquette.

How cities contend with winter tends to create or enhance slushy conditions. While in Alberta many streets are sand-coated during the winter, in Southern Ontario the streets become slushy messes soon after a storm.

"Before a storm, we put down brine, a combination of salt and water," says Peter Noehammer, Toronto's director of transportation services. "As the snow starts, we hit the roads with salt. It's about combatting ice. When we get accumulation, then we send out the plows."

Intersections are especially prone to ponding, as the melting snow accumulates on the lower parts of the pavement. Crews try to clear sewer grates, but it's been a challenge this winter due to the relentless snow.

The worst part of the splash isn't the water; it's the salt that is used to melt it. Noehammer says it would not be financially prudent to have plows running without significant accumulation, and that salt is the most economical way to melt ice.

The risk of car crashes needs to be lessened, and that comes at a cost. Beet juice, actually a byproduct of the sugar beet, is used by the city when temperatures dip to -15, the point at which salt stops working. It's more friendly to the environment, but costs about four times as much as salt.

Either way, the resulting slush turns into puddles.

Someone suggested that some young guys are purposely nailing pedestrians in a competition, but three teenage boys I talked to denied any kind of points game exists. "You feel bad if [splashing a pedestrian] happens," says Seneca College student Chris White, "but sometimes it happens."

In my unscientific survey of 20 drivers, everyone said they try to slow down when a pedestrian is likely to get soaked. Nearly all also recalled being doused as a pedestrian and those memories influence their driving behaviour.

Several noted another motivating factor for braking -- there is often a wicked pothole hiding in those puddles.

The miserable result of a winter that never seems to end is a minefield of drenchings for pedestrians. The city isn't going to stop using salt, and between ponding and the threat of potholes, drivers have few options. That's bad new for those on foot. Perhaps there should be room in our traffic code for a little more 'consideration' of pedestrians. 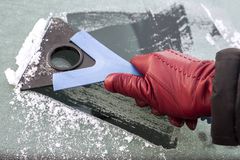 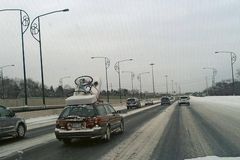 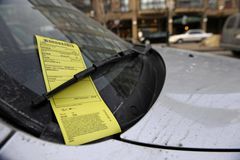 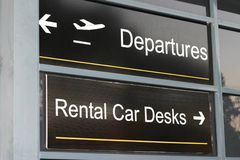 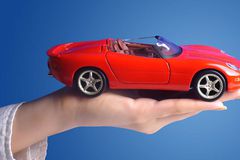 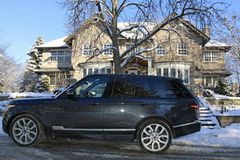