The Biora is a bike that detects your emotions while you are riding and displays them by changing the bike colour like an actual 'Aura'. The Biora would also feature a virtual coach that would assist you while riding and interact with you based on your mood.

Recently, we've seen a lot of biometric devices hit the market like Hexoskin's biometric shirts and Nike's fuelband. These devices can measure and track your body temperature, heart rate, breathing pattern, skin moisture, location and speed. Now imagine if you could use metrics like these to interpret your emotions. That's exactly what a new start-up called SensAura Tech is doing, which inspired me to integrate this technology into a bicycle concept.

The Biora would be equipped with moisture and heart rate sensors integrated into its handgrips. When you mount the bike, it would read physical signals from your body and interpret them to determine your mood (Angry, Happy, Stressed, Sad, etc.)

You could then use the Biora app and interact with a virtual coach using your smartphone. The Biora would feature a small rack on the handlebars where you would be able to attach your smartphone and use it as a central console. This console would feature a built-in USB charger linked to a small generator located on the wheel or in the bike's electronic transmission.

The virtual coach AI (Artificial Intelligence) would interact with you vocally based on your mood and encourage you to train, relax or explore the city. For instance, it would be able to access your GPS and guide you to a nearby friend who's free and in the same mood as you are (If you grant the app access, of course!). If you are feeling up for a challenge, the AI could set the bike's transmission at a performance level and encourage you to push your limits further by charting a challenging course.

The idea of having the bike's display a specific color based on mood is cool, but it might prove a 'touch too much' for some… Each rider would thus be able to switch this feature to manual mode and decide which colour display they prefer. The light emitting diodes (LED) will be powered by a small onboard battery located in the glove box. This battery will be charged by solar cells and/or the generator. The bike's Aura could also change by incorporating a special paint that can change color (see LitCoat).

Another interesting feature for the Biora is the Smartphone's screen. On it you would be able to monitor your speed, metrics, and get a rear view of the bike or blind spots by linking the app to small cameras located under the bike's seat.

Finally, the Biora would feature a glove compartment that locks with a digital keypad. In this compartment, you could store your bottled drink, chain lock, and other items when it's parked.

What's it used for?

The Biora could be used to get more out of your bike and to meet new people passing by on the streets (on other Biora bikes). By adapting its riding and coaching technique, it would likely become more efficient than using a regular bicycle. The virtual coach could cheer you up and change your mind and it would definitely learn if you provide good (verbal) feedback to it.

The Biora concept was developed in collaboration with Jan Bujnak, an Industrial Designer from the Slovak Republic. Bujnak graduated from the Academy of Fine Arts and Design in Bratislavia and works as a Freelance designer. Bujnak has also produced the concept images for the Pegasi Propane car and the Crackpod snow sled.

Why hacking a Tesla battery may foreshadow an energy revolution
May 12, 2018 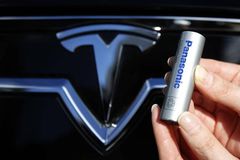 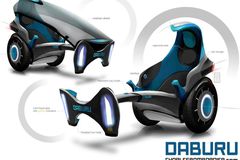 A driverless police motorcycle that can issue tickets and record the encounter
May 12, 2018 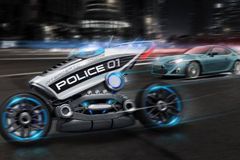 Why cars are the next frontier for the Internet of Things
May 12, 2018 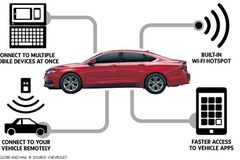 Which high-tech safety features are worth getting?
May 12, 2018 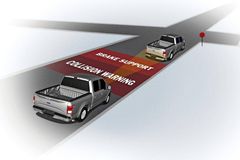