The Vigilente is socially responsible urban motorcycle designed for real life Superheroes. It would serve to record and share vital information, alert police officers of crimes in progress and quickly transport crime victims to safe zones. While this vehicle has a wide potential as an urban bike, its primary goal would be to reduce and eventually eliminate violent public crimes against women in Mumbai. India.

Each Vigilente would become an important node of a citywide wireless mesh network (WMN) giving the Vigilente the resources of a full-sized patrol car with twice the accessibility. The small and nimble hybrid trike would also feature an advanced stability system allowing it to lean through corners. 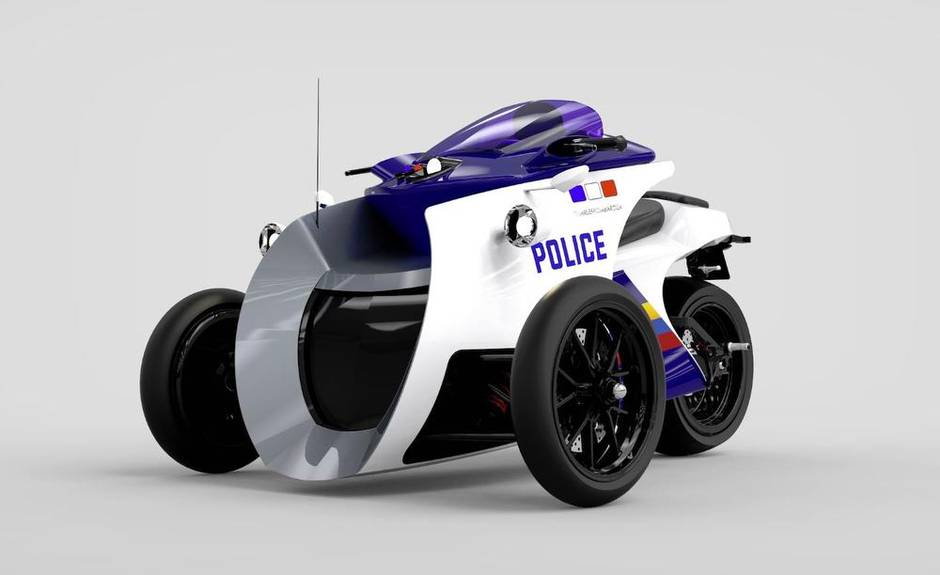 The need for public safety agents to respond quickly and efficiently has never been more severe in India. Women are brutalized, raped and even murdered in its streets often. Sexual violence has been in the spotlight since a student was fatally gang-raped on a bus two years ago. The international outcry has led to tougher laws, but little has changed.

The ease of operation means that with little training, a rider could be on the road patrolling the streets. The idea would be to create a network of Vigilente riders that could patrol and assist the police in the prevention of crimes against women, and in general offer public assistance similarly to The Real Life Super Hero Project. 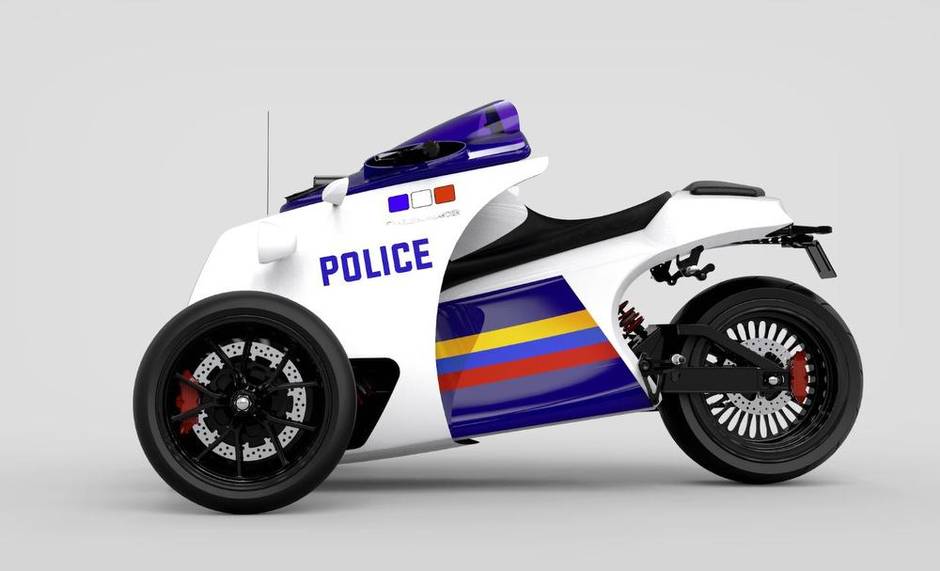 The Vigilente is a three-wheeled roadster motorcycle, with a single tire in the rear and two steering tires set outside the frame. The bike would be powered by a natural gas hybrid engine and would be smaller than similarly-designed bikes on the market, giving the Vigilente greater maneuverability in large Indian cities such as Mumbai. Leaning steering axles mean on-a-dime turning, and the electric mode would make it a quiet vehicle for patrolling at night.

The most interesting feature of the Vigilente would be its wireless mesh network (WMN). This digital web creates a private communication network independent from the commercial channels. Vigilentes would be linked to a mesh cloud where information would be relayed from one vehicle to the next and stored in the collective system. Vigilente operators could also interface their motorcycle with their smartphones and home computers to increase the power and storage capacity of the Vigilente Network.

Each vehicle would be equipped with small cameras, a precise GPS chip accurate to within three feet, and a basic defense system such as fingerprint protected pepper spray canisters. When a public crime is committed, bystanders could signal and share with Vigilente drivers whatever information they have. Vigilente drivers in the area would respond by recording the facts and deter the perpetrators by show of numbers until the suspect(s) surrenders to police. The police could be reached in real time thus creating a powerful team between law enforcement and the Vigilente Network. In the end, the job of the Vigilentes would not be to dispense justice, or to interfere with police business, but to take an assertive role in the protection and assistance of citizens in need, and stepping out of the role of the passive bystander. 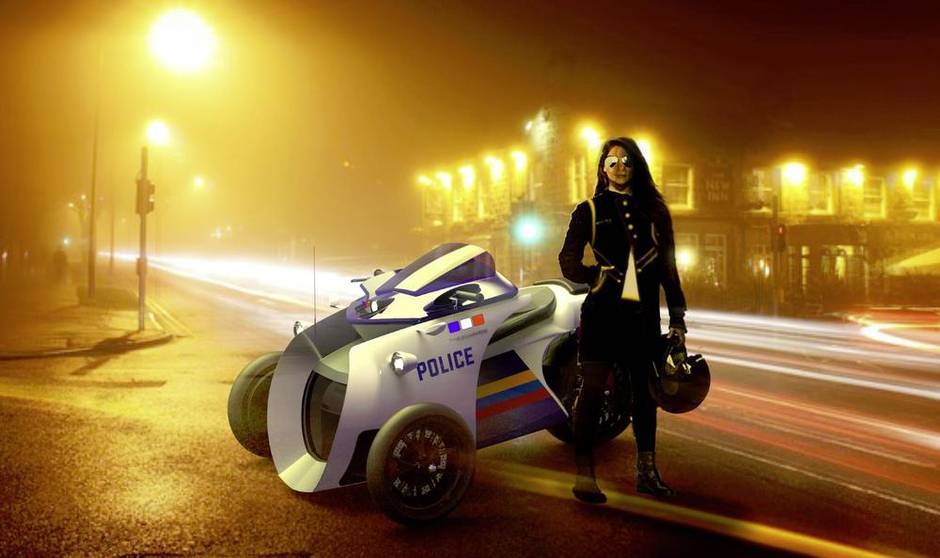 Any citizen who buys a Vigilente would become part of the network. They would become active agents in the fight to protect women in their city. Too many are standing alone against the treatment of women in particular, and the Vigilente Network would bring those people together as a unified team. All reports could be built live and complaints could automatically be filed by the Vigilante Network, including date of act, location, name of witness, videos, pictures, audio, and any statements from witnesses or Vigilente operators. The authorities would have the support they need to respond to complaints thoroughly and ensure offenders are prosecuted.

The Vigilante is primary meant to deter individuals from committing atrocities to woman in the first place. The Vigilente would empower citizens and help them fight crime by recording information and sharing it. This network could also extend to everyone interested in joining by taking part of the Vigilente Wireless Mesh network. 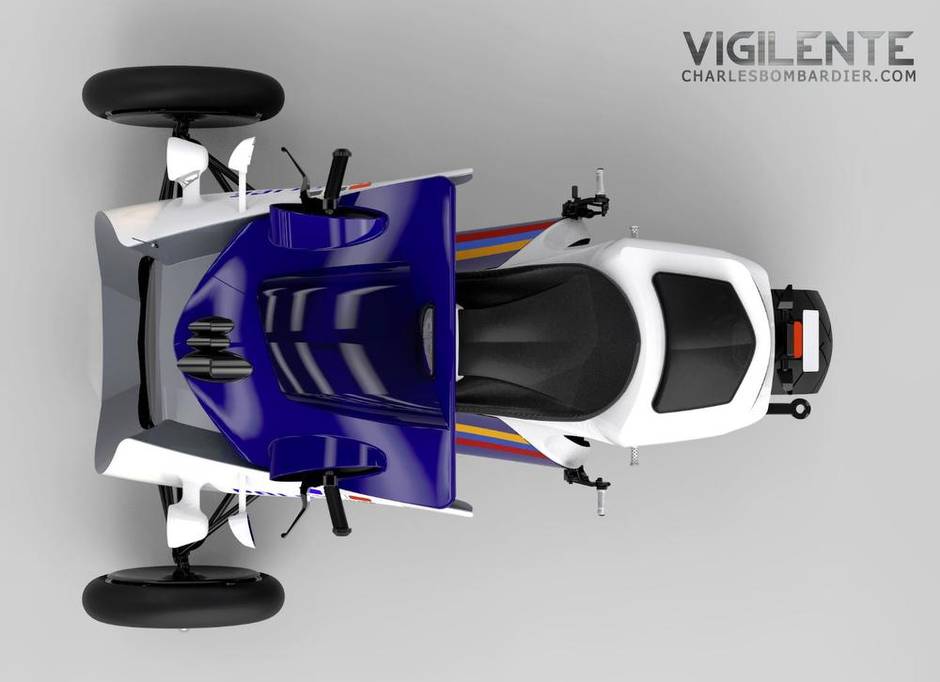 I would like to thank Abhishek Roy who proposed the idea of the Vigilente to me (in the form of a problem to be addressed) and who created the images of the Vigilente. Roy is the founder of Lunatic Koncepts, a start-up design lab based in India. Roy’s team also created the renderings for the Hexarig 8WD truck and Rakoon snowmobile.