Skip to main content
CHARLES BOMBARDIER
Special to The Globe and Mail
Published May 15, 2016

The Furex is an open source 4WD truck designed for exploring adventures. It comes with two scout drones and their charging berths located on top of the roll bar. Owners could order a Furex online and assemble it at a local microfactory. 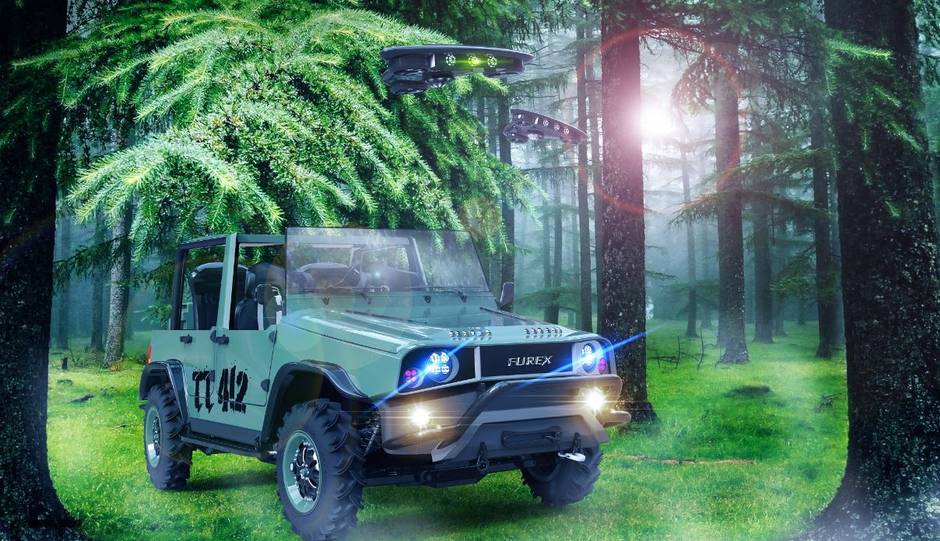 In the early 1980s, Bombardier acquired a license to manufacture the military Iltis model in Valcourt, Que. The Iltis could go anywhere; it was tough and agile. You could switch it from 2WD to 4WD and easily lock all wheels. When the front windshield was down and the doors were off, it was a really cool experience to drive it around town or around the lake on snowmobile trails.

Bombardier only assembled 5,200 units for the military industry as well as a few civilian prototypes, but the project stopped after this. Iltis is the German word for Polecat. In French, the domesticated version of a polecat is called a ‘Furet’. That’s where the name Furex comes from. It certainly fits with the proven agility of this vehicle. 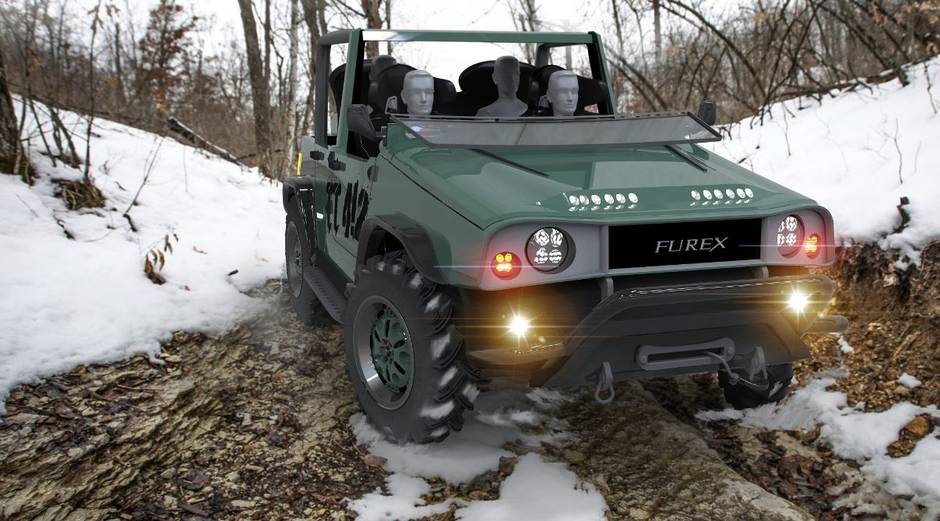 “If it ain’t broke, don’t fix it,” they say, so the Furex would be similar to its ancestor. Of course, plenty of new technology would be integrated into its design, including a small but powerful 150-horsepower engine, two 9,000-lb winches, a high air intake / snorkel, front LED lights, and much more.

The Furex would be designed to serve as a civilian model, and would fit in the same category as Jeeps, Toyotas, and Land Rovers. The real twist is that you would be able to assemble the Furex in a microfactory, exactly like the Rally Fighter proposed by Local Motors. 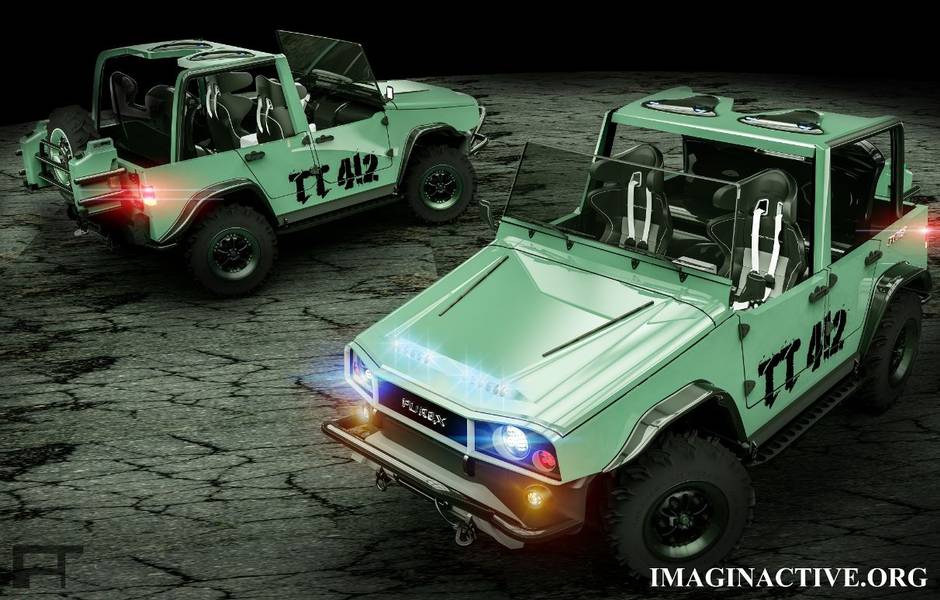 By using an open source design, it would be possible for builders to try out mods and hack their vehicle . They could download new parts and print them at their local 3D printer shop or pool together to build them (welded or stamped 2D metal frame) at a lower cost.

The two Furex drones would be used to scout the land ahead and determine the best route to take. This would come in handy when you are in the middle of the woods or in the Savanna. The autonomous Furex drones would display images on a tablet screen mounted in the dash—a large iPad Pro would do the job—or a live 3D Video stream could be sent to VR headsets used by the occupants. 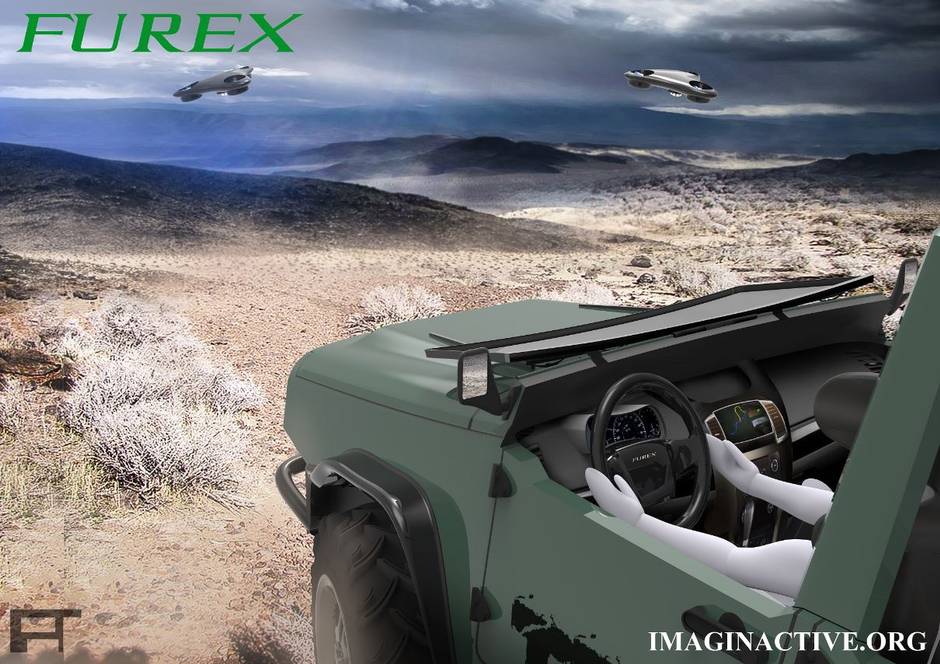 The Furex would be sold as an open source civilian project so buyers will ultimately decide how to use them. In my opinion, they would best serve rural areas, on farms, at cottages, and during rallies or expeditions. 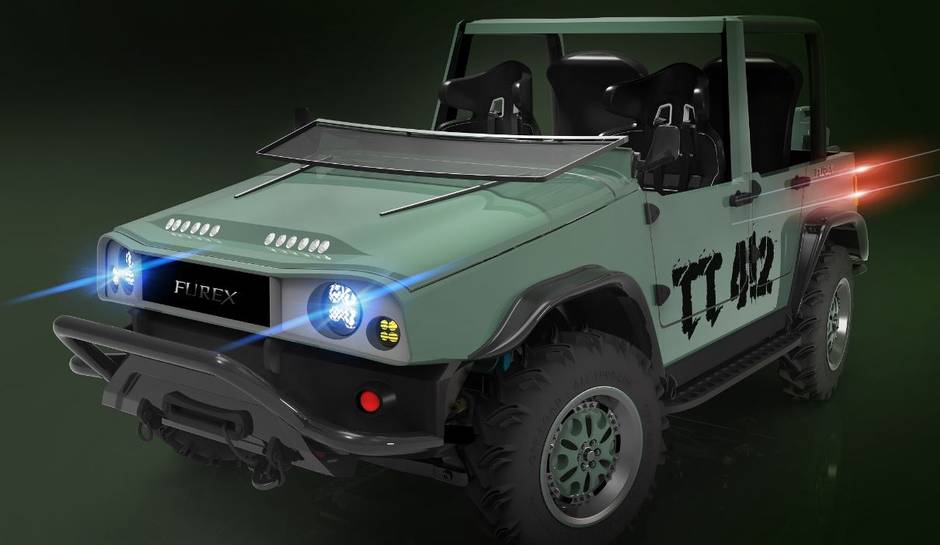 The Furex concept was developed in collaboration with Ashish Thulkar, an Industrial Designer from Bangalore, India. Thulkar graduated with a master’s degree in design from the Indian Institute of Science in 2014 and currently works as a freelance vehicle designer. He also created the concept of the Escatek airport check-in-security and immigration concept and images of the Metroshop commuting train.