The Paspartu is an eco-friendly six-wheel drive amphibious ATV that can adapt its tire width and air pressure to minimize its impact on fauna and flora. It’s a tribute to my uncle, Germain Bombardier, who developed and built an amphibious carrier back in the 1960s. He and his father (J-A) nicknamed it the ‘Passe-Partout’.

This is the Paspartu, an ATV concept designed by Charles Bombardier and Juan Garcia Mansilla. The width of the tires change based on the conditions. The full article will be available Sunday on Globe Drive

I recently worked with Juan Garcia Mansilla on a light vehicle concept capable of travelling over dense forests called the Canopi. One major challenge consisted in minimizing the impact on the leaves and branches. While discussing this with one of my collaborators, Olivier Peraldi, he suggested I create a variation capable of travelling over water. This is how the Paspartu concept originated. 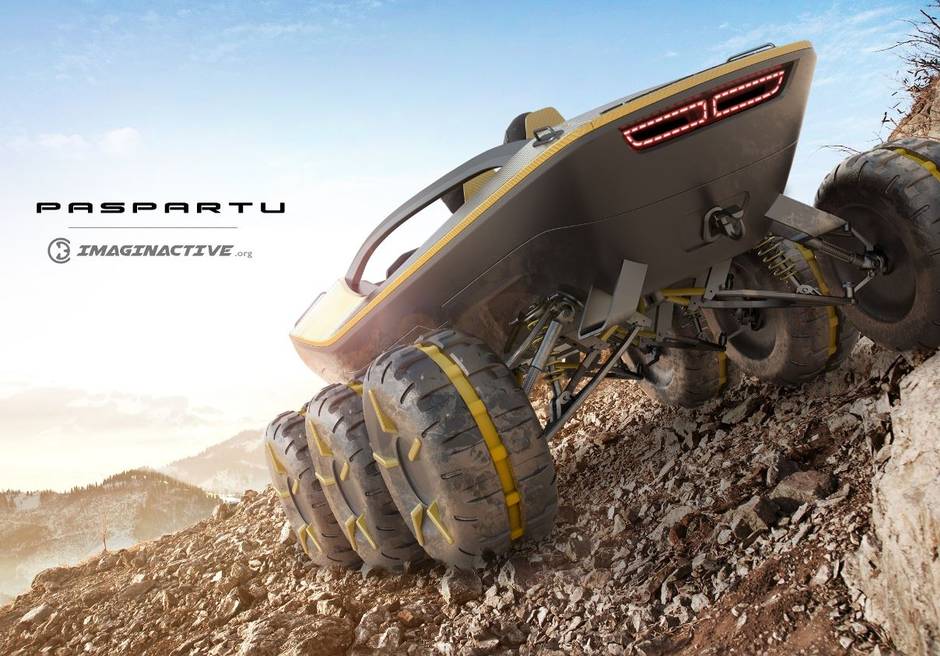 The Paspartu would be powered by a quiet 100-horsepower hydrogen fuel cell. Ideally, the vehicle would feature six lightweight electric motors, each capable of driving its own wheel and modifying torque and speed depending on the driving conditions.

The most interesting part is that the wheels and tires would expand by increasing their width. This would permit the riders to reduce the surface pressure on the ground, modify energy consumption, and even reduce noise levels. The Paspartu would be designed to easily cross various densities of mud and sensitive areas, covered with living plants, whilst reducing damage to a minimum.

The tire’s air pressure could also be modified in each wheel depending on the surface that needed to be crossed or the speed at which the driver needed to travel. The idea here is to optimize the wheel’s characteristics (width, diameter, and internal pressure) depending on the situation.

Because noise varies based on the tire’s contact with the ground and its stiffness, it would be possible to have a noise reduction switch in the dashboard that could change the characteristics of the vehicle to make it quieter. 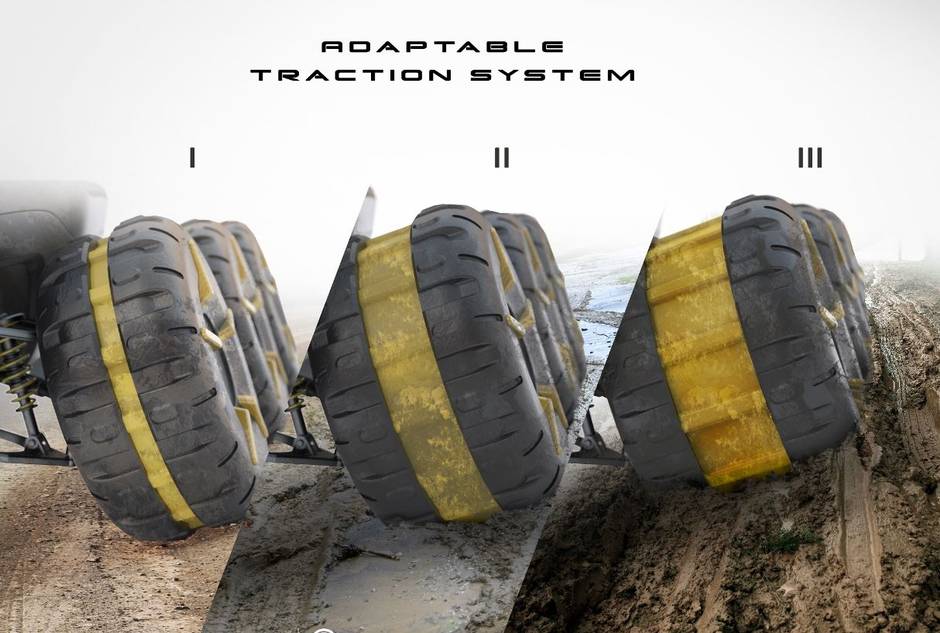 The Paspartu could be used as an exploration vehicle capable of moving through most terrains. It would float well enough to carry two passengers and their equipment. It could be used by explorers, scientists, hunters, surveyors, land owners, etc. I think there would be an added value if we could modify the vehicle’s wheel width and air pressure on the fly. 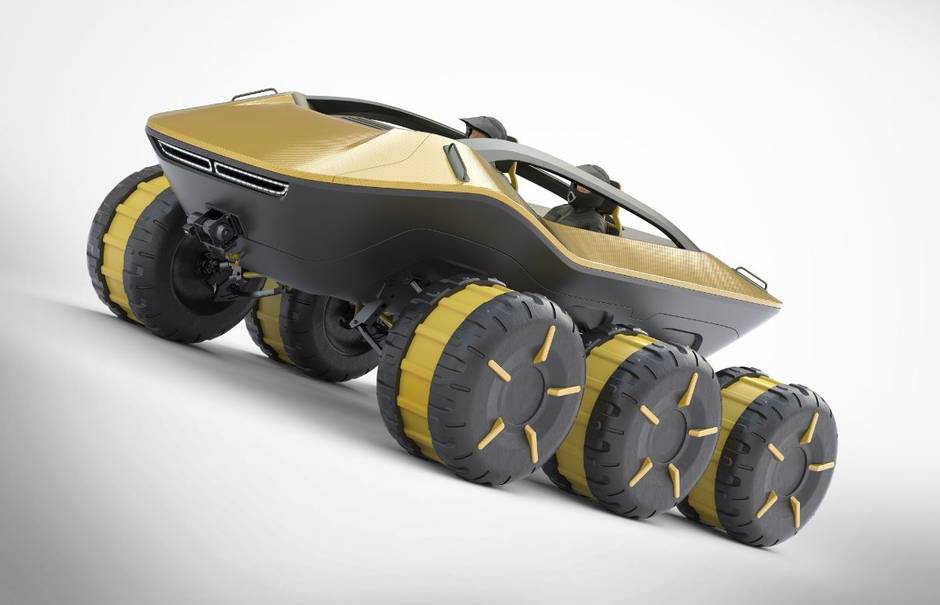 The Paspartu concept was developed in collaboration with Juan Garcia Mansilla, an Industrial Designer from Argentina. He graduated from the University of Buenos Aires in 2012. Mansilla currently works as a senior designer at a product design firm and as a freelancer. He also created the design of the Canopi tree crossing vehicle and the Trident jet boat concept.