Auto makers have made some pretty good progress in reducing petroleum consumption by improving engine efficiency and applying hybrid technology. But much of the benefit is lost if you're stuck in traffic with the engine idling and going nowhere.

A report by the U.S. Energy Security Leadership Council estimated that 2.5 per cent of the oil used for transportation in America is wasted by people sitting in traffic jams. Los Angeles drivers apparently waste more than 350 million gallons of fuel a year while stuck in traffic; in New York, it's about 250 million gallons.

Car show models: Does sex still sell? Hot cars, pretty women: Auto makers no longer can 'get away with just putting pretty girls on the stand. There has to be more to it. The game has changed'

There's not a chance that its recommendations will be implemented, because Americans refuse to be taxed and prefer running up multi-trillion-dollar debts, but the blue-chip council says toll roads and congestion charges are the answer. Its report astutely points out that reducing oil dependence would boost America's homeland security.

It seems unthinkable in the land of the freeways, but the council says the United States should do what Singapore, London and Stockholm have done with "cordon pricing" (i.e. congestion charges) and by putting tolls on more roads. The Energy Security Leadership Council, by the way, isn't a bunch of left-wing hippies; it's co-chaired by FedEx Corp. CEO Frederick Smith and U.S. Marine Corps General P.X. Kelley (Ret.).

In the United States, transportation represents about 70 per cent of oil consumption, which is about 5 per cent of the nation's gross domestic product. Its cost is up nearly 25 per cent in the past two years. However, an act of Congress would be needed to make the recommended changes so don't hold your breath.

Here's an alternative. I'm not suggesting that the approach taken by certain Chinese entrepreneurs is preferable, but it does show what might be coming to North America if government action fails. It's a service called jam-busting and I read in the China Daily that it is now available in several cities.

Drivers who are in traffic jams (remember the "month-long" one last summer?) can now get on their mobile phones and call for a couple of people to show up on a motorcycle. One stays with your car and the other puts you on the back of the bike and blasts off thorough, around, between the jam.

"Our customers are those with urgent dates or business meetings to go to and those who have flights to catch and can't afford to wait in a traffic jam for too long," was the quote from Huang Xizhong, manager of a company that offers the service in Wuhan, the capital of Central China's Hubei province. The service is not available in the capital, Beijing, as the municipal government has sharply limited the number of new cars it will allow on city streets. In the coming year, the capital will only approve a mere 240,000 new vehicles - about one-third as many as last year.

This motorcycle rescue service is not such a farfetched idea. If you want to get somewhere on time in Paris these days, you call a motorcycle taxi service (big Honda Gold Wings) that sticks you on the back in a protective suit and drives like crazy to get you through the tangled traffic.

Solutions will be found - by governments or entrepreneurs - take your choice.

I've written stories about bio-based materials being used in the plastic in things like car seat cushions, carpeting, storage bins and so on. "Natural fibre-reinforced plastics are becoming the materials of choice for car interiors," says Craig Crawford, the head of a small granting agency called the Ontario BioAuto Council. Toyota is into using bio-based materials in a big way and so is Ford.

The Ontario economy rises or falls on the back of the automotive industry and it's not yet determined what role companies here will have as the industry moves away from petroleum-based polymers to the bio-based stuff. By weight, plastic is now about 10 per cent of the average vehicle so there's certainly room for the use of biopolymers to grow as the "greening" of the industry advances.

The BioAuto Council has been around since 2007 and has a strong board with lots of industry experience. It has had $3.5-million to invest and it has dished it out to some of the big players in the auto parts sector: Magna, Woodbridge Foam, GT Tower.

You might wonder why big companies like these need taxpayers' dough. Crawford explains, "When Woodbridge is trying to sell their bio-foam seats, they're the first ones. They're the ones who've got to work on reformulating the foam; they're the ones that get ground down having to work with all the different OEMs, which have different standards, different test procedures, different requirements. It just goes on for years while you're trying to sell the idea. Whereas the ones that come in behind have a lot easier time. So there's kind of a tendency for people to stand around and prefer to be the second or the third one in."

The BioAuto Council's dough runs out in about two months; we'll see if the Ontario government decides to re-up or not.

Car show models: Does sex still sell? Hot cars, pretty women: Auto makers no longer can 'get away with just putting pretty girls on the stand. There has to be more to it. The game has changed' 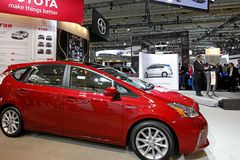 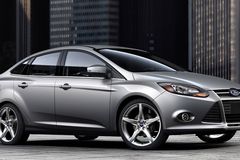 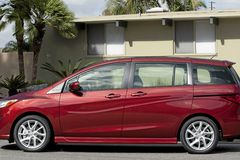 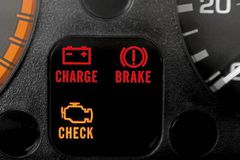 Chuvalo pulls no punches when it comes to cars
February 23, 2011 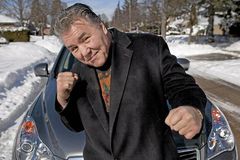 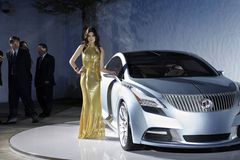 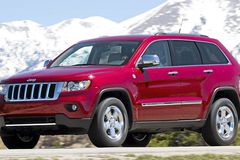