The Binatrax is a mix between a surfboard and a snowmobile. It’s powered by two electric sprocket motors and features binary tracks and a vehicle stability system. This autonomous electric snowmobile could be used by snowboarders and skiers to ride up a mountain where there aren’t any chairlifts. The Binatrax would be able to ride down on its own to pick up its owner at the bottom of the hill. 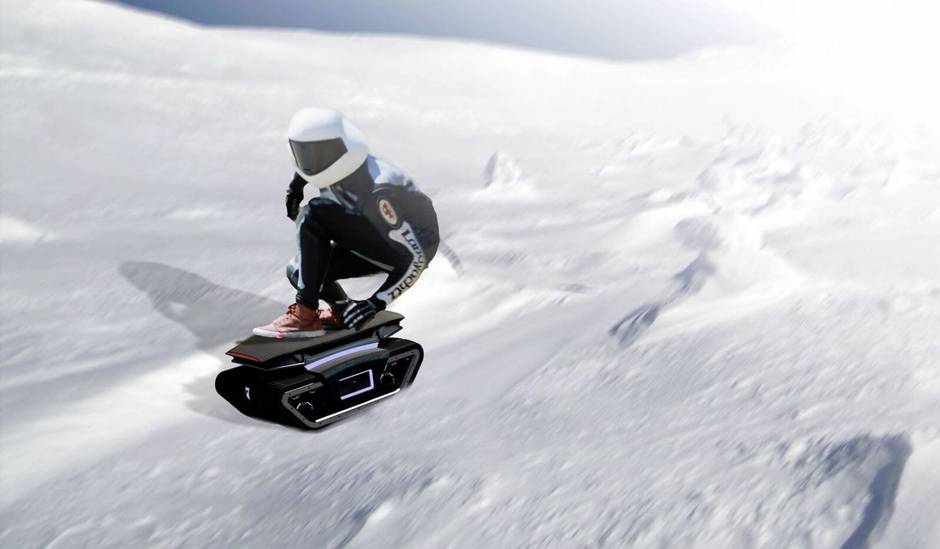 In April 2013, I created a concept called the Mecatrak that was a single-track sled equipped with a combustion engine. I was pleased to see a similar vehicle invented last year by Yvon Martel called the MTT-136. Martel’s design is an electric motorized track that pulls you while you sit in a toboggan behind the machine. This working prototype inspired me to create a new autonomous version of the mecatrak with two tracks and I asked Adolfo Esquivel to create the renderings. 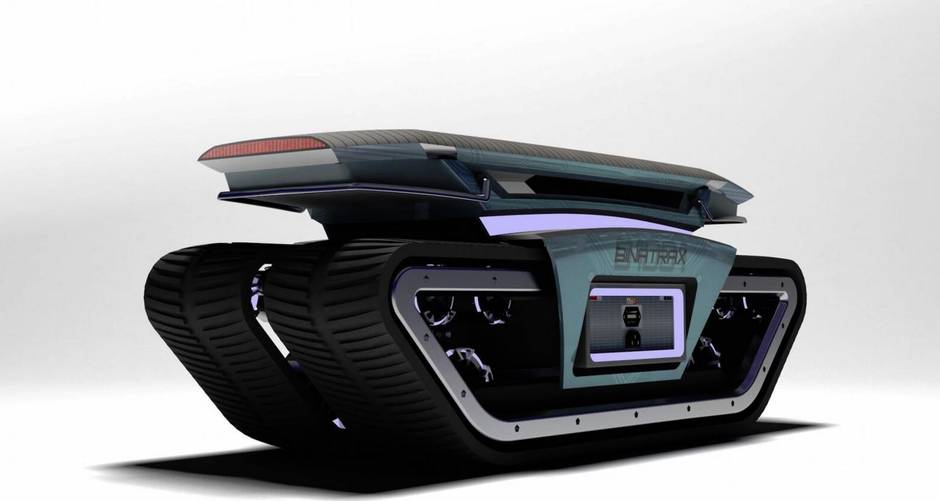 The Binatrax would be powered by electric sprockets located inside each track. I don’t know if this type of technology exists today, but it would be similar to an in-wheel motor like the ones developed by TM4. Instead of activating a wheel, the motor would turn a snowmobile sprocket. Each electric sprocket would be controlled by the Binatrax’s onboard stability system. This computer would be connected to multiple input sensors detecting angles, accelerations and commands from the pilot.

To move forward or backward, the pilot would simply shift his or her weight in the desired direction and the Binatrax would activate its motors. To steer left or right, the pilot would lean on the desired side. The stability module would keep the vehicle upright and could be set to various settings: ultra-stable for beginners, power saving to conserve battery, fast for riders in a hurry, extreme for experienced riders, etc.

Energy consumption will be a limiting factor for this vehicle. First, the riders will need to create a trail with the Binatrax to ride uphill so the packed snow will be less demanding on the batteries. Second, the pilots will need to manage the batteries if they want to ride for a longer period. The Binatrax will recuperate some energy while its descending the hill and battery technology will improve over the years. An option would be to use a compact hydrogen fuel cell cylinder instead of batteries. This would solve the energy problem, and it could be connected in less than a minute. 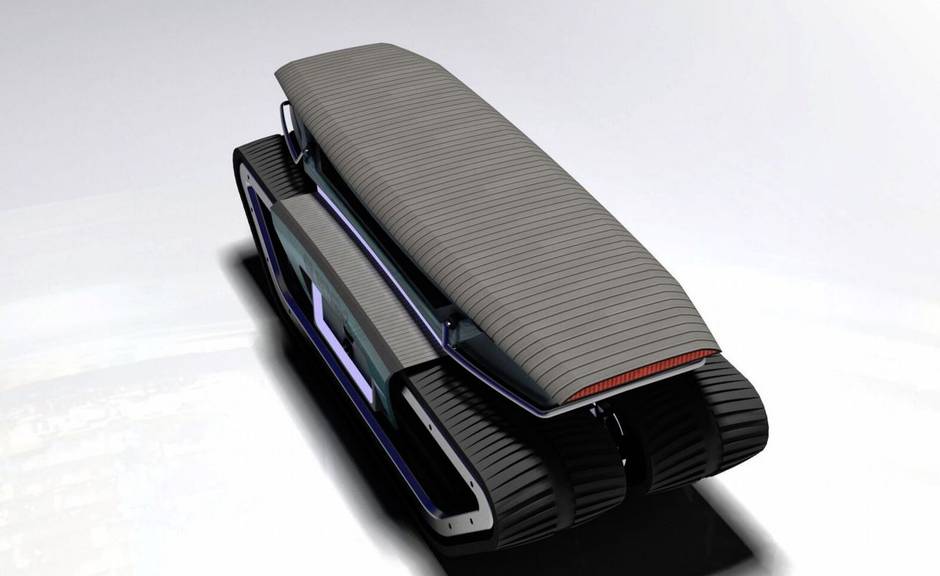 Similar to an autonomous car, the Binatrax would be able to drive on its own. The rider would control it to ride uphill, and then the vehicle would simply turn around and descend downhill by using the existing fast tracks to pick up its owner. The rider would also be connected to the Binatrax with his smartphone.

I think it would be cool to use this machine to go backcountry skiing. A snowmobile can be used for this purpose today, but you need to have a driver to bring the machine back, and actual machines are noisier and emit CO2. They were also built to ride over 200km at speeds of 80kph, so we can’t compare the two types of usage. 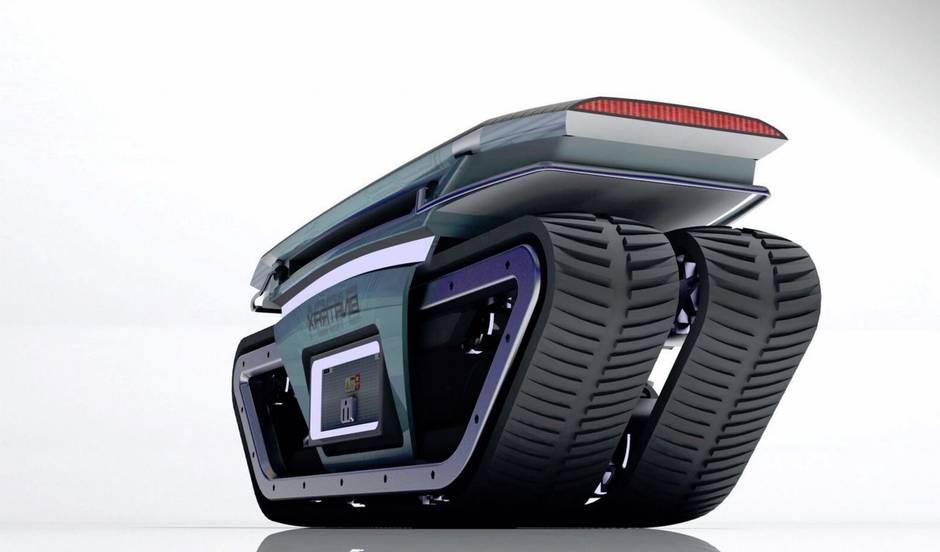 I would like to thank Adolfo Esquivel for creating the renderings of the Binatrax. Esquivel earned an Industrial Design degree from Colombia and completed postgraduate study on Events Design at the UQAM of Montreal. He currently works as a freelance industrial designer based in Montreal. He also created the design of Roxton amphibious ATV and the Narotram autonomous tram/bus.