The Urban Link is a driverless 'tuk-tuk' powered by natural gas. It's a vision for a new type of clean people mover that could be used in cities across the world.

When you travel to Thailand, India, China, and countless other countries, you can hop on modified scooters (called auto rickshaws or Tuk-Tuks), which are retrofitted to seat two passengers and the driver. Tourists like them because it is possible to hop on and off plus they are cheap, the process is simple, and they are ubiquitous.

What will happen to them when driverless technology becomes widely available and stricter emission rules are passed? With the Urban Link, Boris Schwarzer and I tried to imagine a concept that would be cleaner, more efficient, and still simple to use.

The Urban Link would use a conventional four-stroke engine powered by propane gas (or LBG) because it's cleaner than regular gasoline (See the Pegasi concept) and it's much easier to refill or recharge than an electric car. When the tanks are almost empty, the vehicles would stop at a station where the LNG canisters would be changed manually or with an automated system in less than a minute. An electric version could also be developed if the charging infrastructure is available.

The width of the Urban Link is designed to seat four average adults in a 2+2 configuration, side-by-side and facing each other. However, some people require more room, so the Urban Link's interior could also be used as a 1 + 1 vehicle. The rear-facing seat could also be flipped up to store and secure luggage, groceries, or a dog. Passengers would enter through wide side openings by using an automated flip-down step located along the lower frame.

If you are commuting in a driverless vehicle, why bother with a windshield? The Urban Link wouldn't have one; instead it would feature an upper spar (tubular frame) to increase its rigidity and support its transparent panoramic roof. Passengers would still have an excellent outside view by looking through the side openings and the roof.

The ordering and payment system would be similar to what UBER has developed and require a smartphone to find, order, and pay for your ride.

The Urban Link is similar to the Spike concept. The big question we are facing is how our vehicles will evolve if we no longer need to drive them? Schwarzer and I tried to think about this question applied to short-distance urban travel, and we are proposing the Urban Link, powered by LNG or Electricity, as one possibility.

We know there is a demand for such vehicles as they are being used daily in hundreds of cities across the globe. Driverless technology is almost ready, and the ordering and payment software exists, so an Urban Link vehicle is the next logical step.

I would like to thank Boris Schwarzer who created the renderings of the Urban Link and who contributed to the whole concept (He even came up with the name). He is based in Michigan and attended the College of Creative Studies. He also created the images for the Spike commuting car, the Kübe Car-Condo concept and the Joust personal transporter. 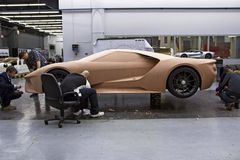 Scared of self-driving cars? they’re a lot closer than you think
May 7, 2015 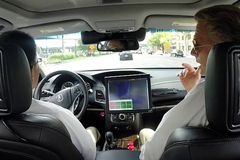 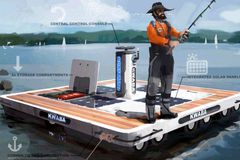