The Mozeca is dual-drive, enclosed driverless motorcycle that can accommodate two passengers facing each other. It features a front sphere drive that gives it extra agility in urban settings, along with a large panoramic canopy to protect its occupants from the elements during all seasons. 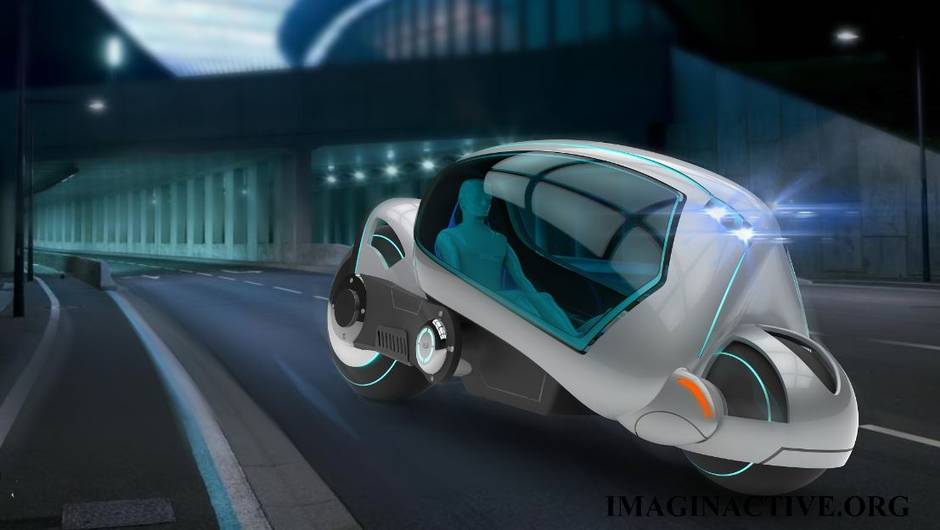 I believe we need to imagine, design, and develop a new breed of urban vehicle. They should be narrow to minimize their footprint, work year round (even in snow), and be equipped with electric motors. The Mozeca fits that bill.

It was inspired in part by the Tron Light Cycle and the robotic freight truck from the I, Robot movie. Our own Motosphere and Surfbal concepts are distant cousins of this new concept. 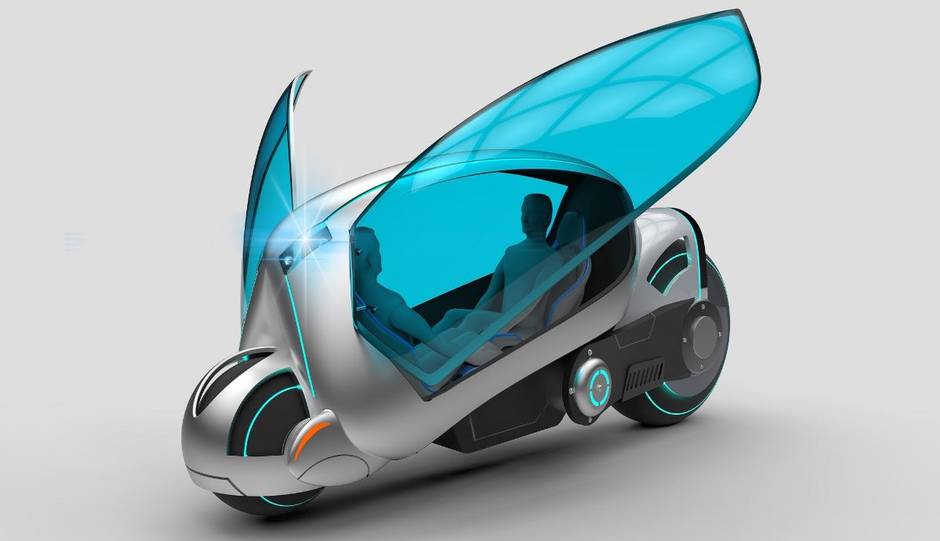 The Mozeca would have two facing seats to reduce its size and allow conversation between its occupants. In front, there would be a sphere instead of a wheel that would be powered by three electric motors, much like the Surfbal concept. This would allow the Mozeca to turn on a dime, a practical feature when it needs to maneuver in tight spots.

The front sphere’s motors would be precise and powerful enough to keep the vehicle stable at all times - even at stop lights. The rear wheel would also be powered, so the bike would have a dual drive, which would provide more traction during the winter season. The front sphere’s tread could be changed depending on the season, and it could even be layered with studs.

The Mozeca would be a driverless vehicle, so you would simply need to tell it where you want to go. The onboard system would manage power consumption by deciding whether it needed the dual drives or not. Each Mozeca could also use wireless power transfer to buy and sell electricity in real time to other vehicles. If the vehicle has excess electricity, it could be sold to passing vehicles depending on offer and demand.

The interior of the Mozeca would feature two adjustable seats that face each other. Both side doors would open, and the bike could also travel in both directions. I’ll let your imagination fill in the rest of the cool features: Heated/Cooled seats, Surround Sound or a noise cancelling system, Smart windows, etc. 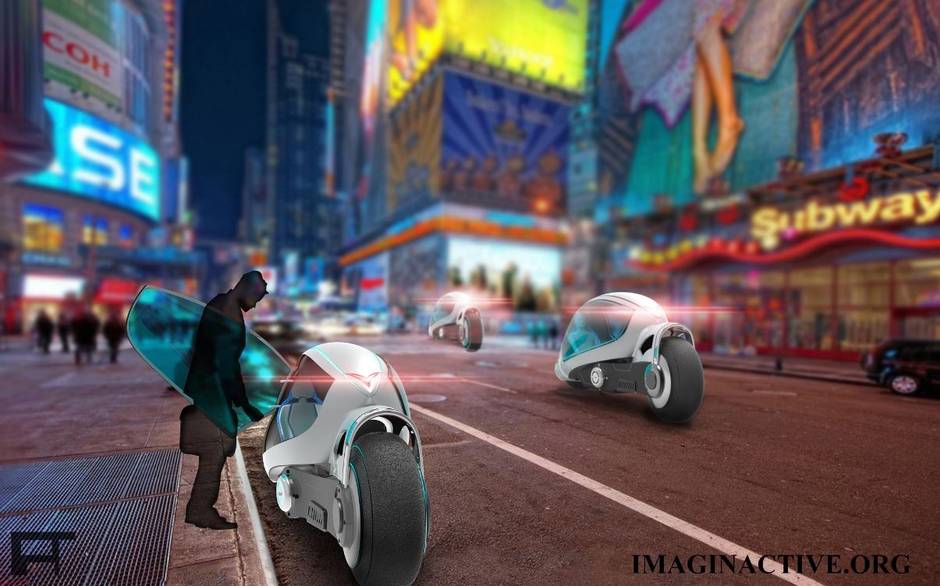 The Mozeca could be offered as a personal vehicle or as a shared transit system like the Gotoo concept. Green Taxi operators like Montreal’s TEO could even buy them and operate them in fleets across North America. They would definitely help reduce road congestion and the energy required to commute compared to existing electric cars due to their smaller size. 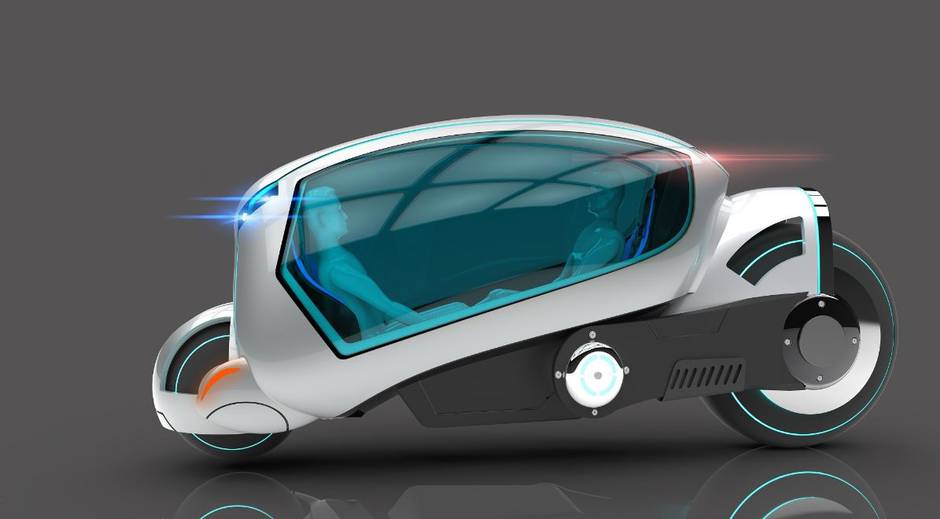 The Mozeca concept was developed in collaboration with Ashish Thulkar, an Industrial Designer from Bangalore, India. Thulkar graduated with a master’s degree in design from the Indian Institute of Science in 2014. He currently works as a freelance vehicle designer at the Indian Institute of Science. He also created the Escatek concept to reduce wait time at airports and the Metroshop commercial commuting train. 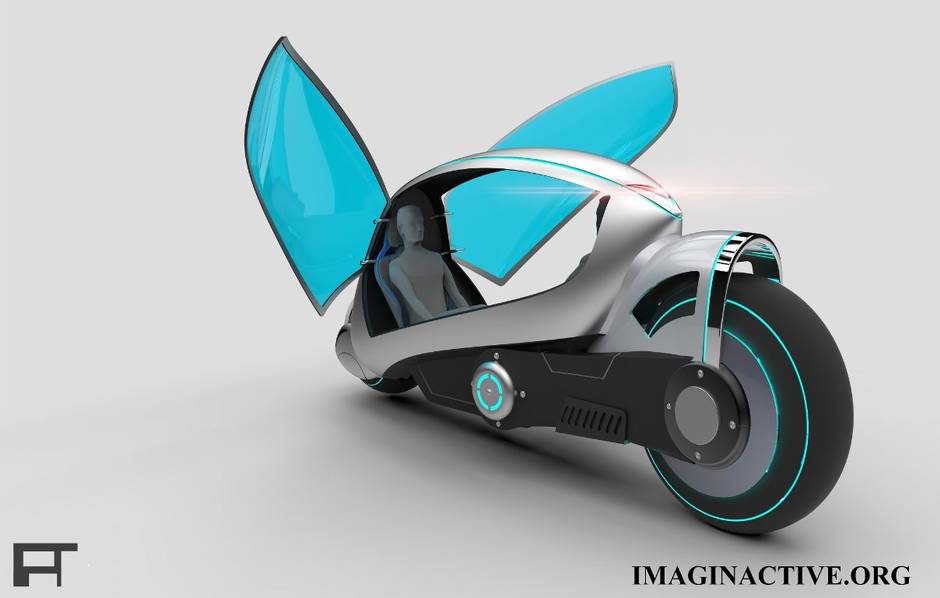