For one poor soul, the drive from Moncton, N.B., to Riviere-du-Loup, Que., along Highway 2 was his last. In 2010, he fell asleep at the wheel and veered left head-on into an oncoming transport truck.

"It veered very slowly, which is often a sign that the driver fell asleep at the wheel," says Sgt. Andre Pepin, a collision analyst and 26-year veteran of the Royal Canadian Mounted Police, who witnessed the aftermath of the gruesome scene. "It was a man in his 50s driving around 11 a.m. in clear conditions. The truck driver tried to avoid the crash as much as possible by braking and swerving onto the shoulder as much as he could, but it was too late."

Clearly, the consequences of fatigued driving can be deadly. The most recent statistics from Transport Canada's national collision database indicate that 3.67 per cent – that's 67 deaths – of the 1,823 fatal collisions in 2012 involved driver fatigue, once factors like alcohol, mobile device usage or speeding were eliminated. The Canadian Council of Motor Transport Administrators (CCMTA) says that as many as 20 per cent of fatal collisions are because of fatigue or drowsiness.

Jessica Pilato was fortunate she didn't become a fatality statistic. Less than a kilometre from home on Highway 401 in Toronto after a long drive, the now 26-year-old woman fell asleep at the wheel and veered across four lanes to the left, crashing into a concrete barrier at 100 kilometres an hour. Fortunately, she walked away from her 2010 crash with just some bumps and bruises. Her 2008 Ford Escape, however, suffered $11,000 in damage.

It was the wake-up call of a lifetime.

"I thought I had closed my eyes for only two seconds, but it was clearly longer than that since the impact was the only thing that woke me," Pilato says. "I was also really lucky because it was late at night and no other cars or drivers were involved, so no one else got hurt. I can only imagine what could have happened if there was."

On Tuesday, the U.S. National Transporation Safety Board said fatigue was a major factor in a highway crash last year that severely injured comedian Tracy Morgan and killed another comedian. Walmart truck driver Kevin Roper had been awake for 28 hours when his rig crashed into Morgan's limousine.

It's difficult to track the growing problem of drowsy driving. A breathalyzer can determine blood-alcohol levels, but measuring motorist fatigue is hardly an exact science. Undaunted, some vendors are trying to do it using technology meant to track health and fitness, such as those found in smartwatches and activity trackers.

Advicy Drive is a wristband with a built-in heart rate monitor that works with a companion app to continuously analyze a driver's heartbeat two times a second to detect fluctuations and calculate their attention span.

"Comparing this attention span in real-time with the one registered the first time upon setup at home, we can discern if the driver is drowsy or not," says Vincenzo Ferreri, chief executive of Advicy Drive. "In that case, a beep alert will start to sound once per minute, and then more and more quickly as soon as the driver approaches the red alert line. If the line is crossed, the Advicy Drive Alert message pops up on the app, suggesting a stop."

The Kickstarter-backed device fell short of its funding goal, so consumers can't purchase one. The next step in creating adoption may be to license it to auto makers or suppliers.

"We are looking for an automotive partner that is willing to introduce and embed our fatigue-alert system in the car, and we are openly talking with car manufacturers about that," he says. "We are also closing a contract to insert our algorithms inside a black box, so that companies with fleets could have fatigue detection as an option."

The challenge in making technology like this viable has been felt by others. In 2011, a Danish company, Anti Sleep Pilot, launched a product of the same name – a module that forced drivers to tap it in order to repeatedly silence an alarm. The product was discontinued due to the high costs of manufacturing and development, says Troels Palshof, founder and CEO of Anti Sleep Pilot.

"We were too 'slow' to acknowledge that we should have terminated the physical device and instead focused all our resources on the digital versions because the market was ready for apps and integrated solutions," he says. "Moving forward, we should engage with map owners like Google and Apple, where personalized data could be used with the phone's operating system and internal sensors."

This would involve the ASP algorithm learning your sleeping habits, heartbeat and travel time to help determine how tired you might be behind the wheel. Palshof says licensing negotiations have been ongoing, though he wouldn't indicate with which auto makers or suppliers.

"We are looking in different directions related to bringing the newest version into the market, like a minor hardware road map and digital road map," he says.

Technologies such as this tend to be field-tested with fleet vehicles first because of the long hours and ease of data collection. Optalert is one of those – an Australian manufacturer that uses drowsiness detection eyeglasses to gauge drivers' alertness.

"The glasses work by measuring the velocity of the operator's eyelid 500 times a second using a tiny invisible LED built into the frame of the glasses, essentially measuring how fast and how far a person opens their eyelid after they close it," Scott Coles, CEO of Optalert, says. "These measurements are translated into a score on the Johns drowsiness scale [JDS], which the operator sees displayed on their device positioned in their vehicle or worn on their body."

Some commercial customers in Canada have already deployed them and can be refit with prescriptions, he says. A new product called Eagle Portable may open the door to consumers because it is cheaper, lighter and has no in-vehicle installation requirements.

"Any profession which has a necessity for alert workers working shift work or out-of-office hours," he says.

Coles is hopeful that legislation will "soon catch up" to make high JDS scores on par with penalties for high blood-alcohol concentration. "The obvious next step will be to have fatigue testing on vehicles before you switch on the engine, and if the level is too high, you won't be able to turn it on," he says. "We are speaking to a number of auto makers about licensing our technology and there is significant interest from the industry, including telematics companies, and others specializing in collision-avoidance systems." 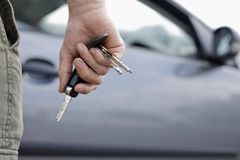