Car companies from Toyota to Hyundai, from Daimler to Honda are all hyping hydrogen fuel cells. Notably missing is General Motors - once the top cheerleader for a technology that turns hydrogen into electricity to power a vehicle's electric motors with the only emission being water and a small amount of carbon dioxide.

GM has been remarkably quiet regarding fuel cells. Perhaps because GM has learned the lessons of over-promising and under-delivering.

When I interviewed GM vice-president of research Larry Burns about fuel cells in 2003, he bubbled over with enthusiasm tempered with caution. GM would not likely deliver a fuel cell vehicle to market until the end of the decade, he said. That would have been 2009, the year GM went bankrupt.

"Our goal (with fuel cell cars) isn't to be first to market; it's to be the first automaker to sell a million fuel cell vehicles - profitably."

We've yet to see any car company bring a million fuel cell cars to market, much less turn a profit on them. However, this is not to criticize GM. It is instead to point out that as people far, far wiser than me have said, those who don't learn the lessons of history are doomed to repeat them. So it is with hydrogen fuel cells.

As the fuel cell hype ramps up in advance of this week's Los Angeles Auto Show, here is the recent history I've enjoyed with fuel cells – the benefit or price of having covered the auto industry for nearly 30 years, and having written and broadcast hundreds of fuel cell-related stories:

I wrote this in a road test of two fuel cell prototypes, one from Ford Motor, the other Daimler. Fuel cells car have yet to displace the ICE, yet the promises from car companies and fuel cell cheerleaders is back in full force.

1999: Jurgen Hubbert, then the top executive at Daimler in charge of passenger cars, told me: "We believe in the technology of fuel cells. Right now we are the world leader and we believe it is possible that by the year 2004, 2005, we will have a fuel cell for the A‑class, or something like that."

He said at an event to mark Daimler's deal to acquire 25 per cent of Ballard Power Systems of Burnaby, B.C. With that $508 million investment, Daimler became Ballard's largest shareholder at the time.

Daimler has, indeed, done a few one-off tests and staged events with small cars powered by fuel cells, but the company has not brought to market, as promised, a non‑polluting fuel cell car priced at about $25,000 US – one capable of travelling more than 20 kilometres on a single litre of readily available hydrogen. Years ago Daimler divested itself of its stake in Ballard.

2000: In January of that year, Ballard officials unveiled the company's latest-generation fuel cell stack, saying at the time that it is very close to being ready for mass production - perhaps in as little as two years (2002). Ballard and its then-partners, Ford and Daimler, also said they would bring a fuel cell vehicle to market by 2004.

We're at the end of 2014 and still no production fuel cell car from Ford or Daimler.

I could go on, but here's the point: We're once again experiencing the same fuel cell hype enthusiasm out generously 15 or more years ago. The lessons of history suggest we should be cautious about swallowing it whole until that once-promised $25,000 fuel cell car is actually for sale in volume numbers at your local dealership and you can fill it up with hydrogen on almost any street corner. 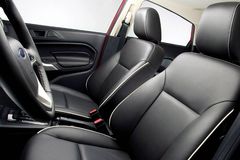 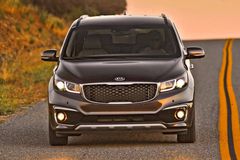 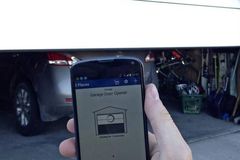 F1 driver Kimi Raikkonen scares reporters while taking them for a spin
November 15, 2014 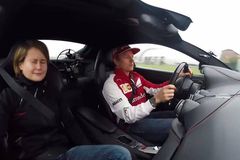 Spotted: Go back to the future with a DeLorean
November 14, 2014
Toyota’s new fuel-cell car as significant as introduction of Prius: expert
November 17, 2014 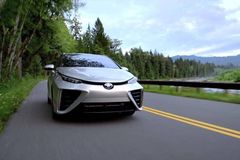