The Snackr is a 3D food food-printing machine designed for autonomous cars and mass transit vehicles . It would be able to create thousands of recipes using ingredients stored in swappable containers as well as coffee and sodas. 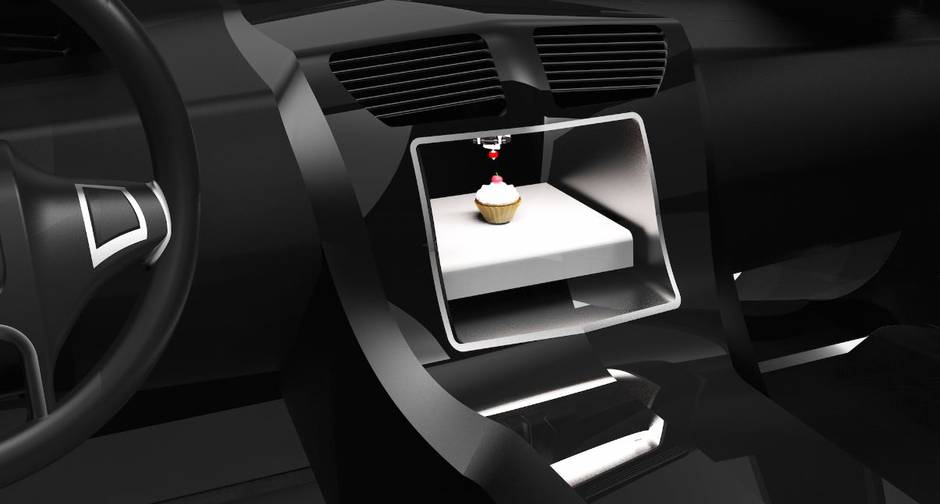 Food printers are currently being developed around the world (Meet the Foodini). Based on what we have been able to accomplish in the past thirty years, I believe it is safe to say we’ll be able to create functioning and compact mobile food printers before 2050. If you no longer need to focus on the road in an autonomous car, why not make yourself a fresh portion of banana bread or a mocha coffee while you travel? 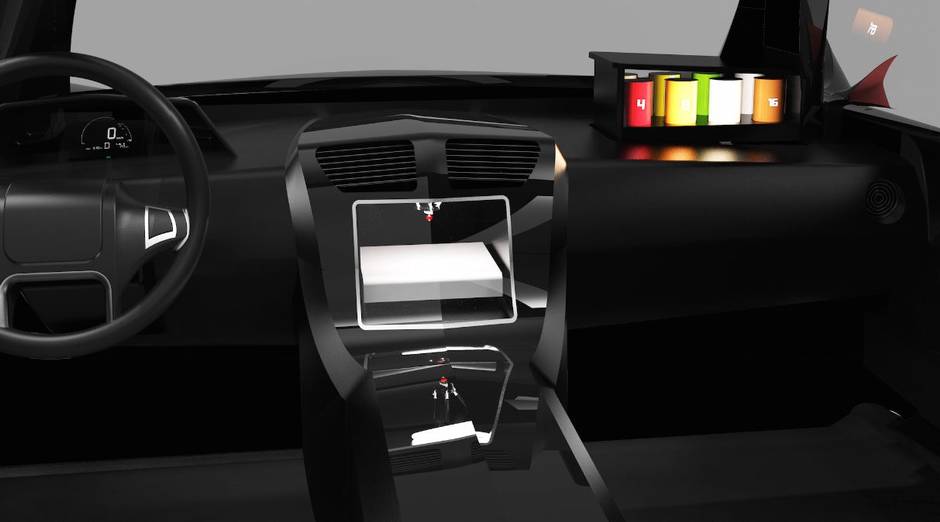 The Snackr could be installed anywhere in a car or mass transit vehicle. It would be part of a sub assembly created by a supplier so engineers could make it fit anywhere. Of course the front covers would change from one manufacture to the other, but the rest of the Snackr could be standardized.

The machine would need access to a clean water tank and a power source. The food ingredients could be stored in swappable tubular canisters next to the unit. These canisters could be refrigerated .

Now we need all the chefs and tinkerers who are currently working on food printers to figure out if it is possible to create lots of different snacks with only a few ingredients. That’s what we have depicted on our image, but I’m leaving that question to you. 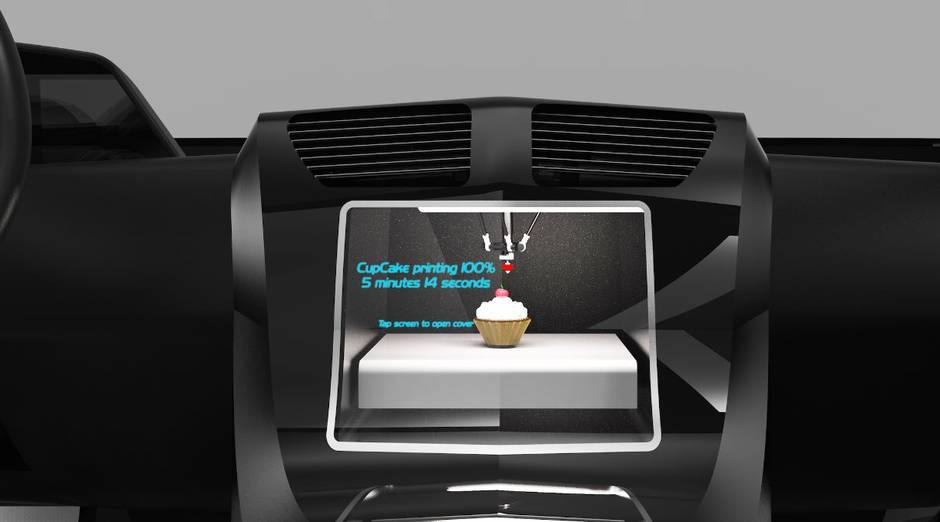 Imagine you could order your favourite coffee brand directly in your car and save time by not having to stop at the store? (You would still need to pay, but you would definitely save time.) Imagine you could share new recipes with friends and print them during your commute on the bus, subway, or train? In your car you could create, print and eat healthier snacks than what is offered at junk food joints along the highway, so it could help your health while filling your rumbling stomach.

The images of the Snackr concept were created by Abhishek Roy. Roy is the founder of Lunatic Koncepts, a design lab based in India. His team also created the renderings for the Subrocket car and the Korbiyor autonomous electric hearse concept.