The Metropolis is a futuristic patrol drone equipped with a friendly holographic avatar that would be programmed to interact with citizens. Its avatar would look like ‘BIT’ from the TRON movie, and it would use an empathy module capable of recognizing and understanding human emotions. 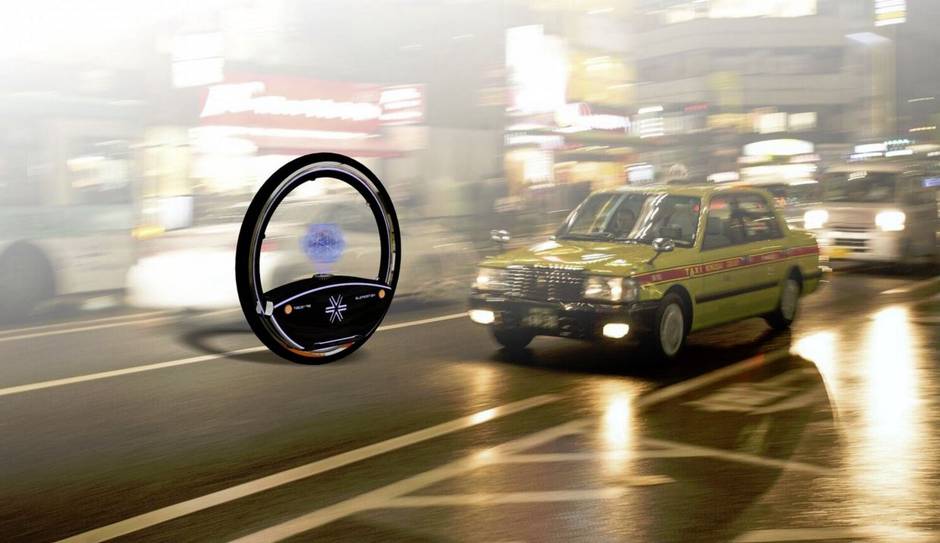 I recently read an article headlined Robots With Heart about an empathy module being developed by Pascale Fung. With the advances in robotic technology, we now have access to software and algorithms that can extract emotional cues from humans. The Metropolis, like the Interceptor motorcycle, is the natural evolution and integration of those technologies into future driverless vehicles. 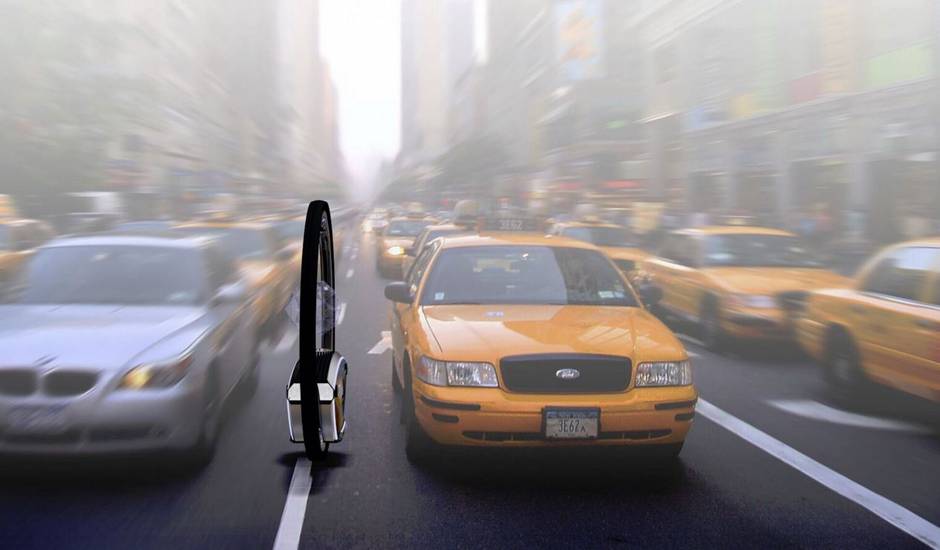 The Metropolis would be shaped like a 5-foot-tall self-powered wheel. Its main function would be to patrol the streets and assist the public 24/7. It would be powered by a liquid-cooled electric motor capable of driving and recharging itself autonomously and zip between cars. Two internal gyroscopes would be used to veer left and right and keep the Metropolis upright when it’s slowing down.

The metropolis would use a holographic avatar to communicate with people. This avatar shaped like ‘bit’ would be located at the centre of the wheel, approximately at the height of a car’s window. Multiple cameras equipped with eye tracking software would be built into the vehicle. Most importantly, the Metropolis would be capable of detecting human emotions by using voice analysis and facial recognition, and even connect with emotion-based API like the one created by Sensaura Tech.

Each avatar would react slightly differently because they would adapt based on their daily encounters with the public. Their voice tones would integrate local slang words and even be capable of humour. They would always be polite and friendly. Police officers would supervise small groups of Metropolis, interact and guide them during their shifts. In fact, they could even become “friends” with each avatar and carry out conversations. 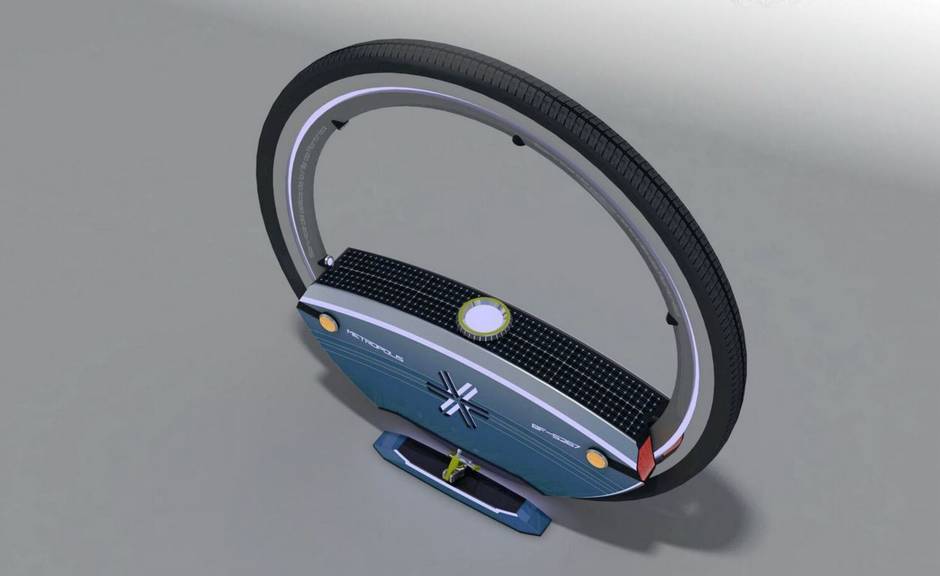 Each Metropolis unit on the street means police officers can work on more important assignments. With their night vision cameras, infrared sensors, electric nose (to detect gas and chemical leaks), they will carry out their task with precision and efficiency.

The most important feature will be their artificial intelligence and avatar powered by an empathy module. They will be able to decrease tensions during events and choose the best course of action based on the past experience of all Metropolis. 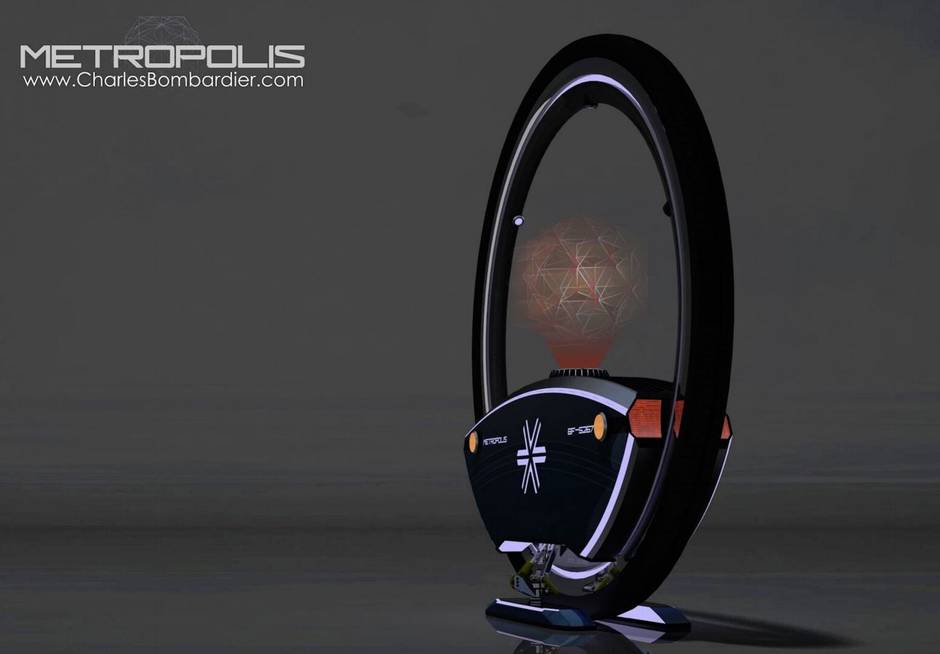 I would like to thank Adolfo Esquivel for creating the renderings of the Metropolis and for inventing the shape of the vehicle. Esquivel is a Colombian industrial designer, currently working on a master in transportation design at the UQAM of Montreal. He works as a freelance industrial designer based in Montreal. Esquivel also created the design of the Nauki captain-less sailboat and the Roxton amphibious ATV. 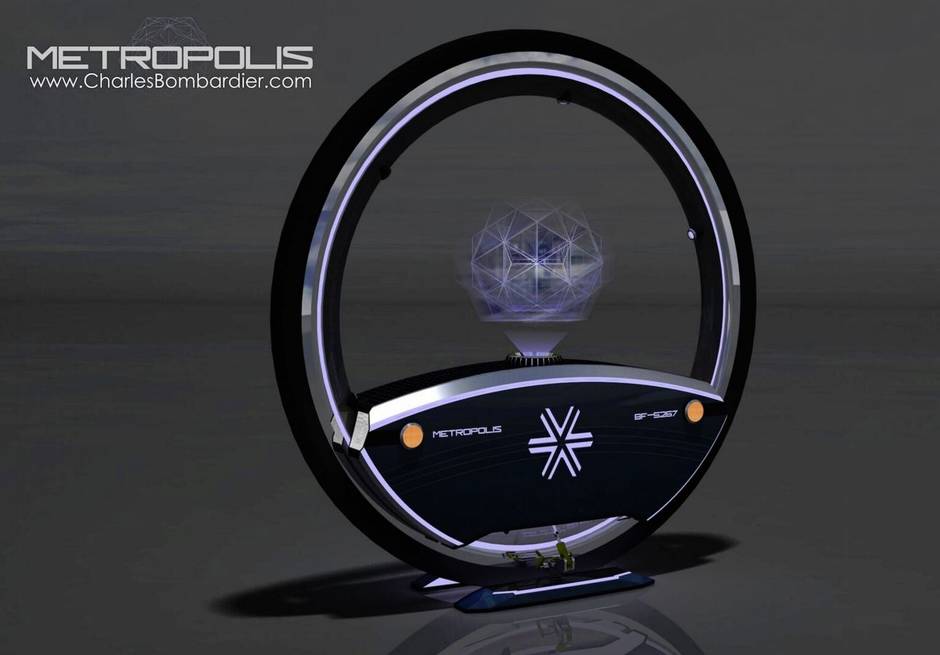