The Typhon is a side-by-side hovercraft designed to ride on most types of terrain, including lakes and oceans. A one-litre four-stroke engine powers its central and lateral intake fans and it uses two electric thrusters that rise up above the vehicle to help it steer and move rapidly over any surface. 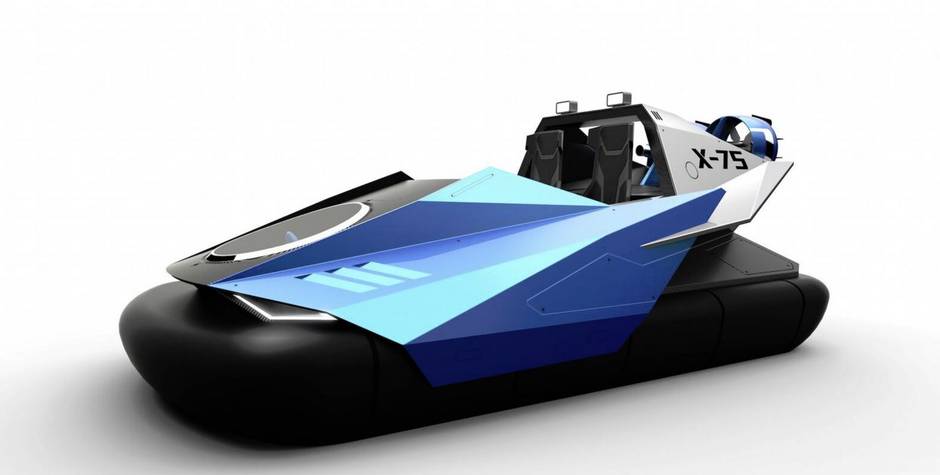 There are a few personal hovercrafts on the market today. Most of them are difficult to control and noisy, but their ability to ride over swamps, thin ice, and other surfaces is appealing. The Typhon concept would use off-the-shelf ATV parts and electric turbojet thrusters to revamp this power sport industry that never really took off.

To create the Typhon, I would start by using a ‘knock down’ model of the Can-Am Renegade ATV, especially because of its durable 1000 cc Rotax engine. Like all hovercrafts, the Typhon will need an air cushion. This system looks like a black rubber jacket that wraps around the vehicle. The air is pulled inside this ‘skirt’ by the main air intake that is located where the front rack normally would be. This rubber skirt also serves to protect the vehicle against trees.

I would use the front output shaft of the engine to power the central intake fan housed in front of the driver. The second power take off (PTO) could be used to create electricity with a generator for the rear-mounted electric thrusters. This rear PTO could also be used to drive lateral intake fans (not shown) if the main fan is not sufficient. These two ‘side fans’ could be used to assist in swinging the vehicle left or right.

The vehicle’s frame would need to be reconfigured completely. Efficient transmission and control systems would be needed to manage all the fans and thrusters. These systems should work as a whole to improve the ride and reduce unwanted under- or over-steer.

The rear thrusters will rise up above the aileron during operation. Recent advances in lithium polymer battery technology will make it possible to power two 10-kilowatt electric motors linked to the rear thrusters. These batteries will act as buffers to provide additional boost when needed. The thrusters will turn at speeds of up to 25,000 rpm to direct the Typhon in the desired trajectory. 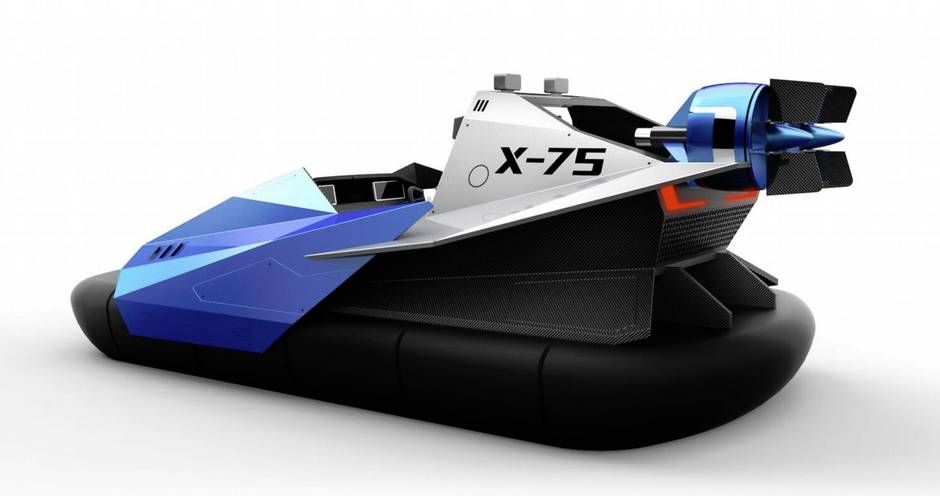 As you can imagine, there is still a lot of work to do before a Typhon prototype hits the test track. In my opinion, there is a market for a new breed of personal hovercraft. If you have ideas or comments to improve this concept, don’t hesitate to contact us.

The Typhon concept was developed in collaboration with Jan Bujnak, an industrial designer from the Slovak Republic. Bujnak graduated from the Academy of Fine Arts and Design in Bratislavia and works as a Freelance designer. Bujnak has also produced the concept images for the Biora emotion sensing bike and the Sirène biomimetic driverless kayak.