The Otöcon is a patrol bot designed to inspect vehicles at borders, record all traffic activities and gather information about transiting vehicles. It could also be used to direct traffic at night using LED projectors or small lasers. 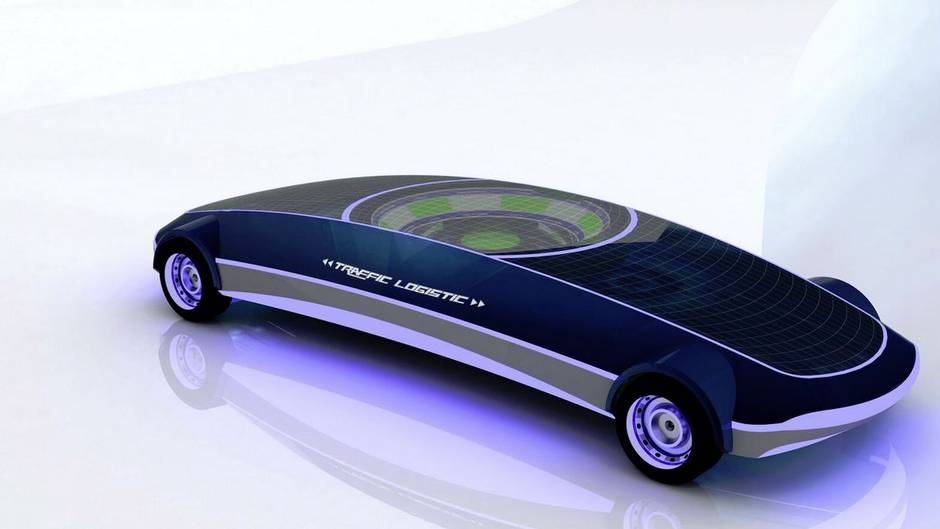 With the advent of robotic drones, we are now able to imagine and build new kinds of vehicles that could accomplish a host of new tasks on our roads. When I first thought about the Otöcon, I had in mind a small driverless robotic ‘cone’ that would be deployed on the fly during a traffic incident.

The main problem was trying to figure out a visible ‘cone’ hologram in daylight, so I’ll get back to that idea later. In the meantime, I thought about a small machine that would have the possibility to zip under vehicles and inspect and monitor traffic at international borders across the world. 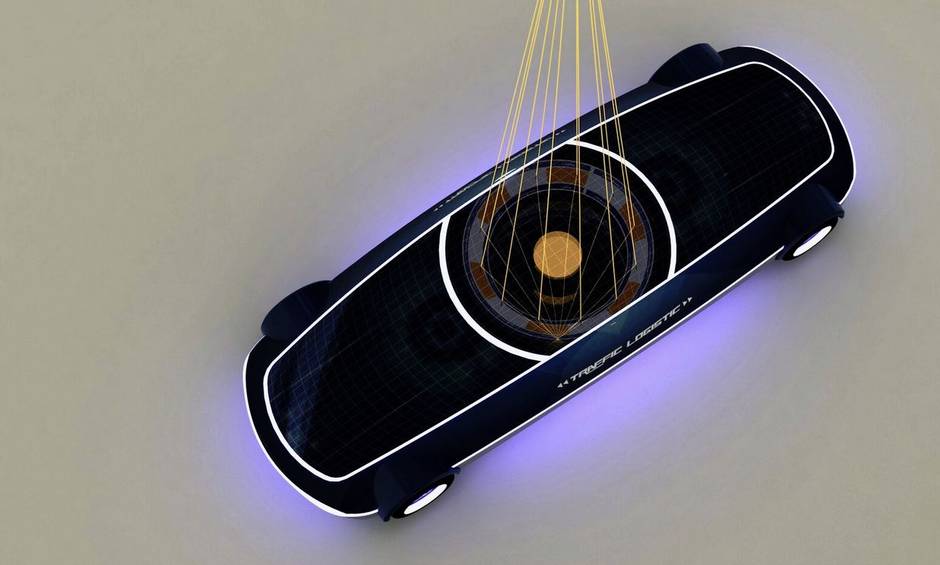 Otöcons are sleek and sturdy, and similar to a speed bump in shape and height. You can roll on them with a truck and they can support the weight. They feature four-wheel drive and four-wheel steering so they can literally turn on a dime.

First, they run down the lane of cars waiting to cross the border. With their low profile, they can pass under cars and scan license plates for registration violations and detect possible offenders in advance. They can flag suspicious vehicles to agents at the gate. 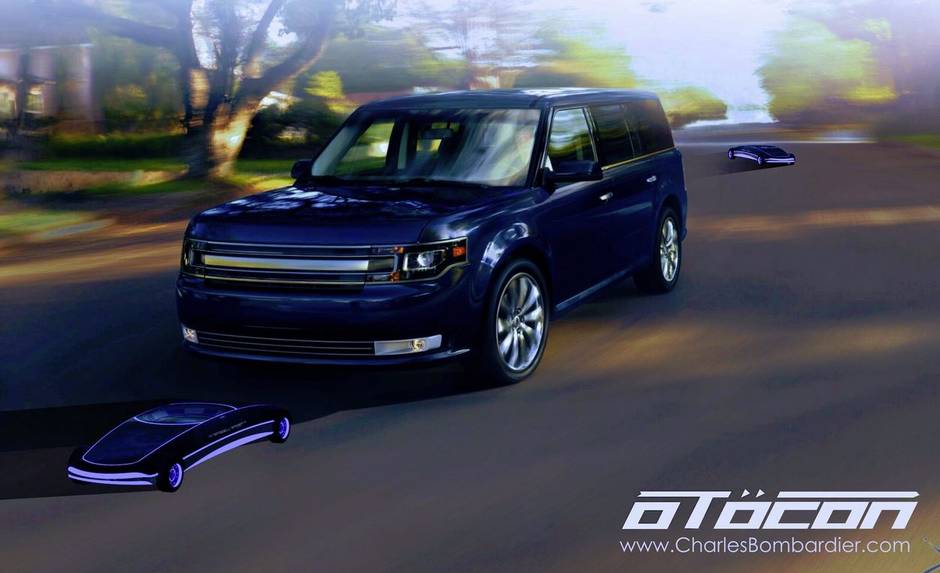 Each Otöcon unit features multiple cameras and sensors, including a special e-nose designed for specific chemical agents. External speakers located on the units can issue warnings to travelers, and microphones can record conversations when needed. The idea is not to eavesdrop on conversations, but to record interactions between an officer and a traveller in case a transcript is needed.

At night, powerful light emitting diodes (LED) or lasers mounted on the central iris of the Otöcon can be lighted to simulate a cone or pillar. This visual cue would serve to alert cars to stop or change lanes. It would thus be easy for an officer to deploy a line of holographic cones instantly by drawing a line on a tablet’s map to deploy multiple Otöcons automatically. 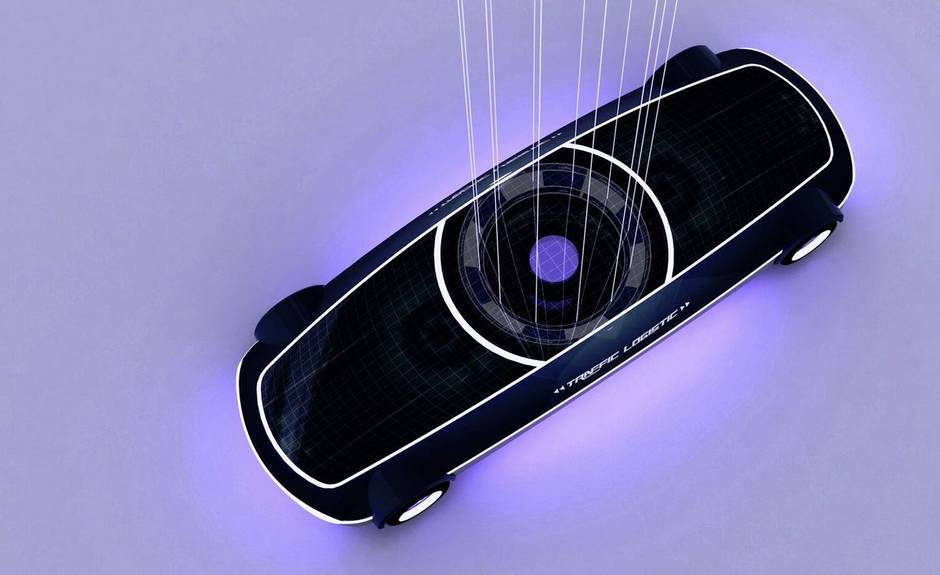 What It’s Used For

The Otöcons could be used to inspect the undercarriage of every vehicle crossing specific borders. With its special sensors, the Otöcons would be able to detect radiation, sniff out chemicals, and listen to certain noise patterns with greater accuracy and speed than any human. Each unit means that a border officer could be reallocated to more urgent customs business. With its silent motor, the Otöcon could monitor day or night without causing any disturbance. This could speed up the flow of traffic by providing more information ahead of time.

I would like to thank Adolfo Esquivel for the incredible renderings of the Otöcon. Esquivel earned an Industrial design degree from Colombia and completed a postgraduate study on Events Design at the UQAM of Montreal. He currently works as a freelance Industrial Designer in Montreal. He also created the design of the Pinball theme park and the Sea-Bull wakesurf boat concept. 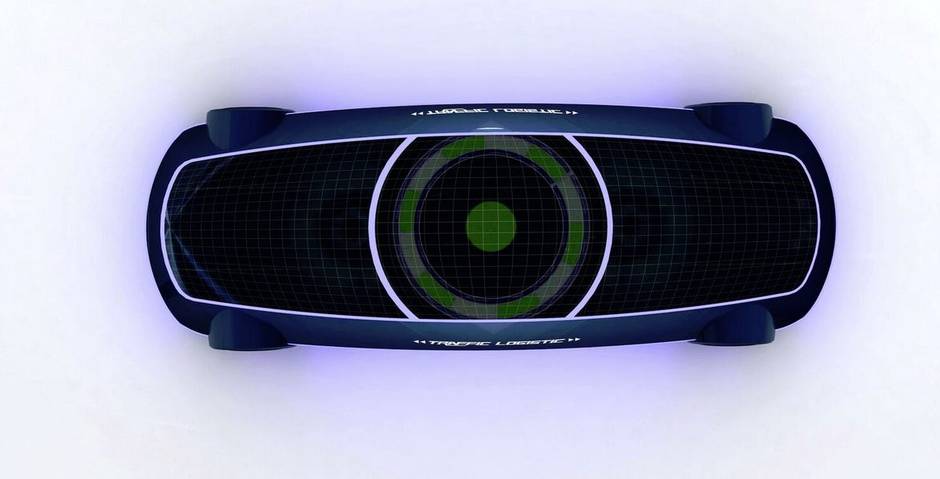