The Antipod is a supersonic military aircraft concept capable of reaching 25,000 km/h. It uses counterflowing jets of air on its leading edges to reduce heat and the sonic shockwave. During time-sensitive crises, it would transport highly ranked officials across the globe in a matter of hours. 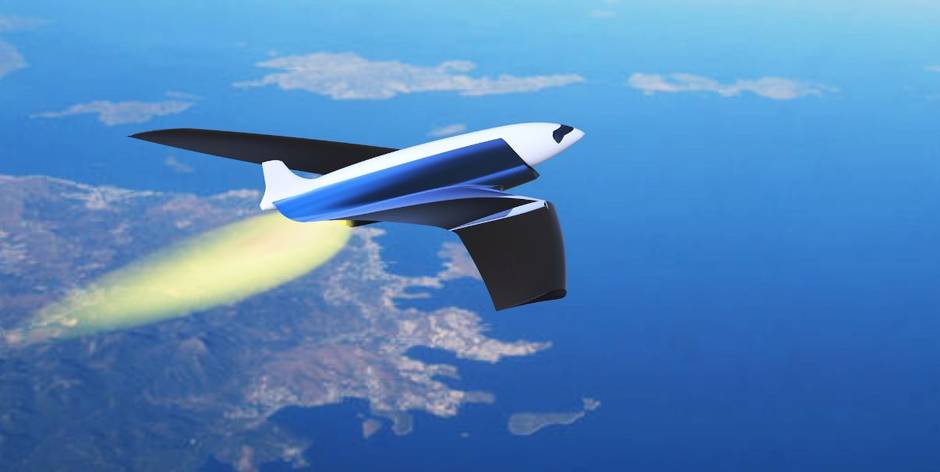 I recently created a hypersonic aircraft concept named the Skreemr. One foreseeable problem was the sonic boom noise it would generate over land and the massive amount of heat that would build up on its nose and wings.

Shortly after the Skreemr appeared in news articles, I was contacted by Joe Hazeltine of Wyle Inc. He proposed using a novel aerodynamic phenomenon called long penetration mode (LPM) to address these two problems. 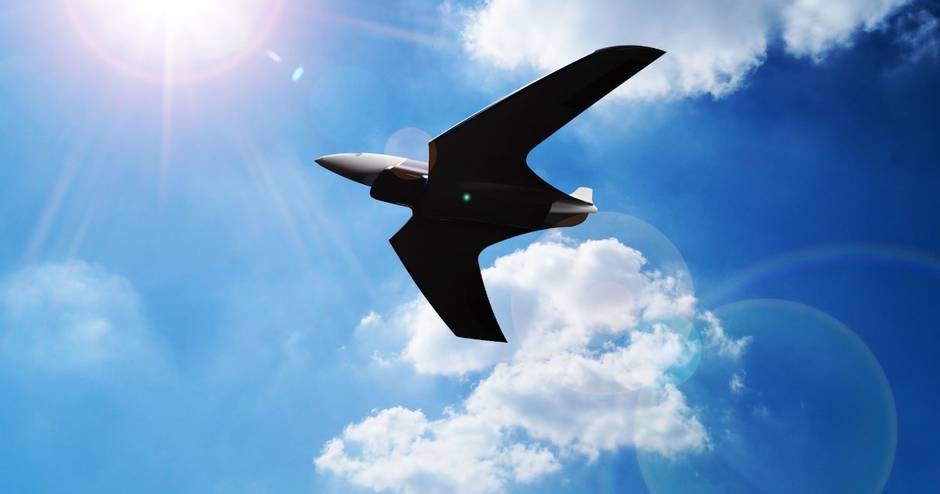 Unlike the Skreemr, the Antipod would be able to take off directly from any airfield by using reusable rocket boosters. These rockets would attach to the wings of the Antipod and provide enough thrust to lift off, climb to 40,000 feet, and reach Mach 5.

The acceleration boosters would then separate from the Antipod and fly back to the airbase like Blue Origin’s boosters. At Mach 5, the aircraft’s onboard computer would ignite its supersonic combustion ramjet engine and accelerate up to Mach 24 at 40,000 feet. 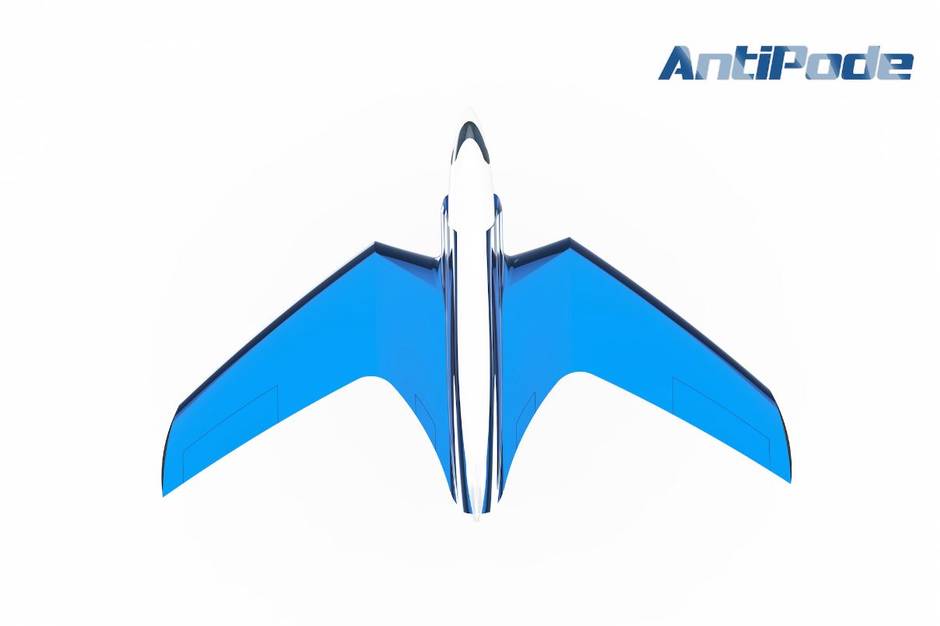 The Antipod would channel some of the air, flowing at supersonic speed, through a nozzle located on the nose of the aircraft. This counterflowing jet of air would induce a phenomenon called ‘LPM’ or long penetration mode (see video).

Using LPM would lead to a drop in surface temperature due to aeroheating and a reduction of the shockwave and noise related to breaking the sound barrier. The leading edge of the wings of the aircraft could also be fitted with linear nozzles so that air could flow out of them too. In this way, all leading edge surfaces could also be cooled by LPM.

The plane’s wings would have enough lift to glide and land on a 6,000 foot runway. Emergency compact rocket boosters similar to the EZ-Rocket from X-COR aerospace could be ignited in case the aircraft needed to make a second landing attempt and culd also be used to slow down the aircraft. 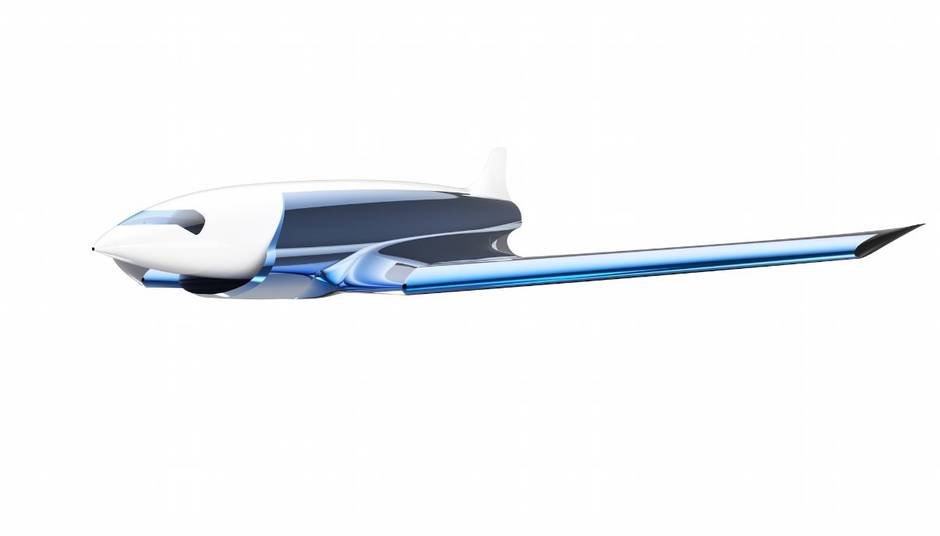 The Antipod could be used as military aircraft to transport two highly ranked officials across the globe (up to 20,000 km) in less than an hour. Additional research on LPM should be conducted to validate the full added value and technology potential. If you are interested in funding this type of research in partnership with Wyle, please contact Joseph Hazeltine. 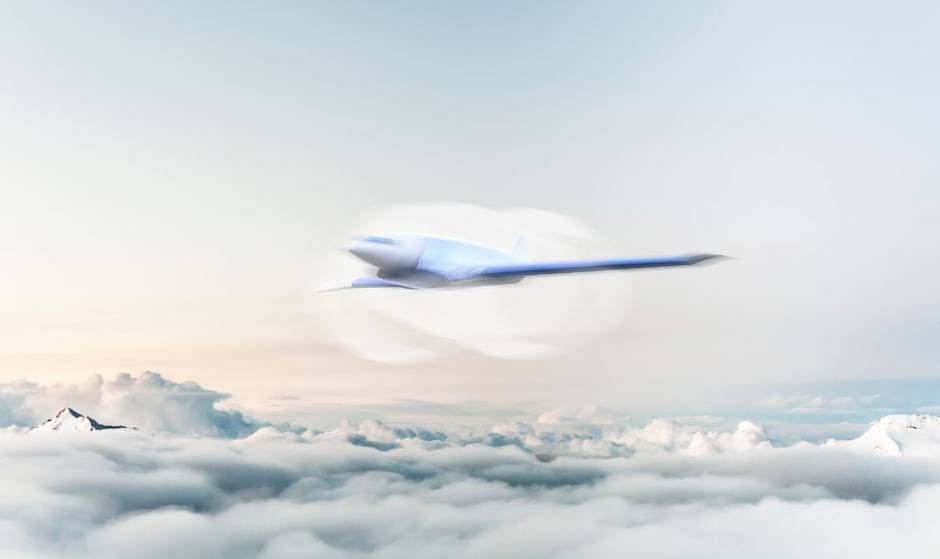 The images of the Antipod concept were created by Abhishek Roy. Roy is the founder of Lunatic Koncepts, a design lab based in India. His team also created the renderings for the Subrocket car and the Korbiyor autonomous electric hearse concept.